Pakistan, Egypt, others offer lessons on switching to gas vehicles 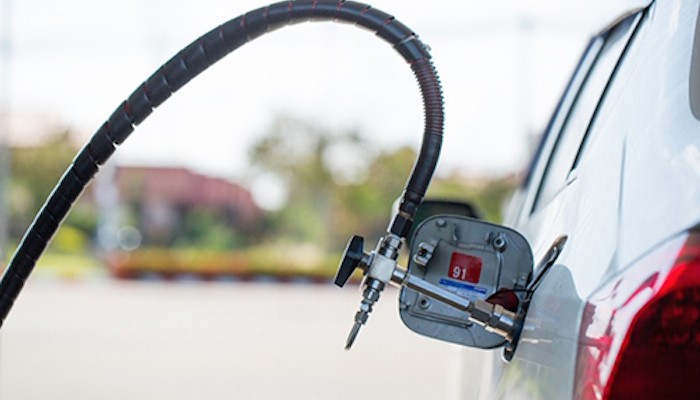 To switch from petrol to gas-powered vehicles, some countries provided soft loans to finance conversion, waived import duties on machinery, and communicated the benefits clearly, a model Nigeria seeking to end bruising petrol subsidy can follow.

In Pakistan alone, there are an estimated 4 million NGVs, a result of the country’s decision to reduce import of petroleum products by shifting to gas, which it has in abundance.

There were also loans on soft terms to set up a CNG station and strong commitment by the government to promote the use of CNG, which led to a deregulated market price for CNG consumers. It also ensured that the natural gas tariff for CNG is coupled to petrol to maintain cost savings.

The government further provided incentives for the import of dedicated CNG buses while encouraging local manufacturing of CNG buses and other equipment in the country for the sustainability of the CNG industry.

This is the same strategy Egypt is adopting. The North African country is planning to replace about 1.3 million old private cars and 50,000 taxis manufactured over 20 years ago, as well as convert hundreds of thousands of other vehicles to natural gas models at the price tag of $20 billion.

The country’s Central Bank is financing this conversion to run on dual fuel (petrol and natural gas) at a 3-percent interest rate over 10 years for people who wish to make the conversion.

According to local media reports in India, the CNG vehicle market has seen a compounded annual growth rate of 7 percent to over 3 million units in March 2020, from March 2016, mainly driven by passenger vehicles (cars and taxis). Other countries are also following this same model.

Operators say Nigeria can follow this template to ramp up the adoption of CNG vehicles in the country.

“A Public-Private Partnership structure where the Nigerian government provides take-off grants and generous fiscal incentives like tax and duty waivers on the importation of NGVs, refuelling infrastructure and accessories to the private sector players will be more sustainable,” Frank Umole, director of Business Development at Axxela, earlier told BusinessDay.

According to Umole, the cost of conversion can be funded by vehicle owners with instalment repayment plans as has been demonstrated in Egypt, and this can be further aided by take-off grants and/or subsidies from the Nigerian government and Development Financial Institutions for the initial conversion for major transporters and fleet operators.

Some say the government should replicate NIPCO’s model in Benin City in a closed-loop system like the BRT bus operation in Lagos or other mass transit programmes, and gradually scale over the country.

Nigeria has a proven natural gas reserve of 202 trillion cubic feet of gas, with extensive gas pipelines across Southern Nigeria and Middle Belt states and soon to be in the North with the Ajaokuta–Kaduna–Kano gas pipeline recently commissioned.

There are also CNG compression stations across Nigeria, which ensures in-country availability, unlike the alternative fuels that need to be imported. This is why some say Nigeria will derive better value if it transfers subsidy from petrol to encouraging NGVs.

Natural gas is stored in a fuel tank, or cylinder, typically at the back of the vehicle. The CNG fuel system transfers high-pressure gas from the fuel tank through the fuel lines, where a pressure regulator reduces the pressure to a level compatible with the engine fuel injection system.

Finally, the fuel is introduced into the intake manifold or combustion chamber, where it is mixed with air and then compressed and ignited by a spark plug.

However, NGVs are 20 percent more expensive than petrol vehicles, are 15 percent heavier, and have up to 50 percent limited boot space when compared to petrol vehicle as the cylinder is stored in the boot, a report said.