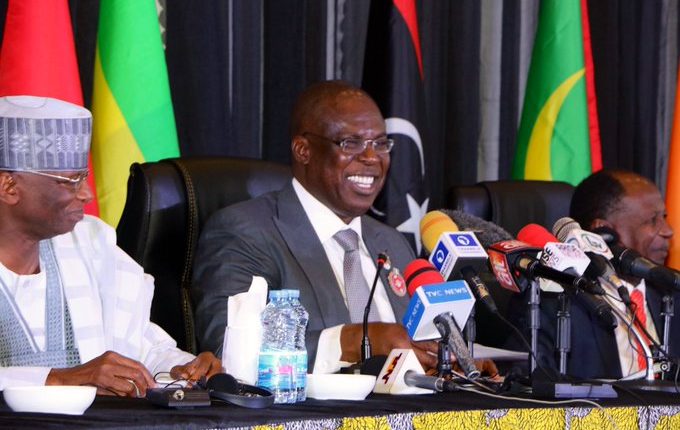 Amidst concerns of a gradual global shift away from oil, Nigeria’s President Muhammadu Buhari has urged African Petroleum Producers Organisation (APPO) to embrace reforms that will create increased value in their oil revenue resources.

The President spoke on Thursday at the ongoing APPO extraordinary session of the council of ministers, where he raised concern that member countries had not lived up to the mission of the founding fathers which necessitated the call for reforms.

Buhari said the reforms should focus on addressing energy need concerns and value addition of the natural resources without undue dependence on foreign technology.

President Buhari, represented by Timpreye Sylva, the Minister of state for Petroleum resources noted further in his remarks that nearly 30 years, the African  Petroleum Producers Association, APPA was renamed African Petroleum Producers Organisation at the Abuja Council of  ministers session in 2016, despite not finding its feet, necessitating Nigeria’s push for reforms.

He pointed out further that in compliance with the APPO council of Ministers resolution number 268 of 2nd April 2019 of Malabo, Equatorial Guinea, Nigeria has completed its assignment on the implementation of the reforms and ready to submit its final report to the council of Ministers for consideration and approval.

He saod that some of the expected key decisions to be taken at this meeting g include: the choice of the host country for APPO headquarters, the selection of a new Secretary General and some key officers of the APPO secretariat alongside the recapitalisation of African Energy Investment Corporation.

In his earlier remarks, Mahaman Laouan Gaya, the Secretary-General of the Organisation urged the Association to focus on issues that will grow the country rather than personal interests.

He urged the members to embrace reforms that keep sustaining the mission of the organisation in driving their commitment for a better growth of revenue.

Oil moves near $35 as expectation rises ahead of Monday’s…