…Proprietors say ‘money not coming in’ 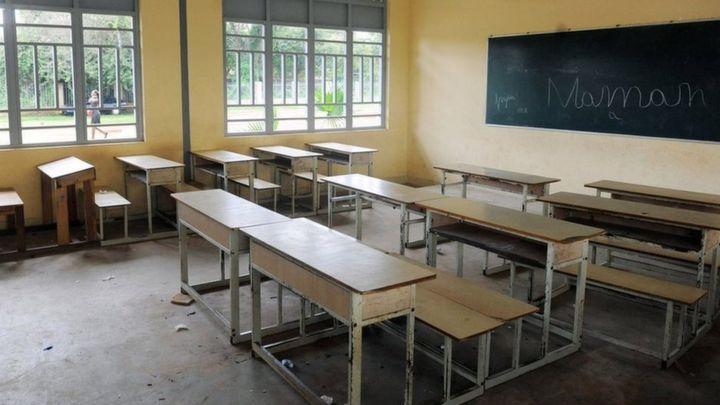 The uncertainty over the actual date for school resumption in Nigeria, have thrown a good number of teachers in private schools across the country, particularly in Lagos State into lamentation mode.

Some who spoke with BDSUNDAY are lamenting over the economic crunch that has visited them over unpaid salaries, while confirming that they have not received their salaries since March.

They pointed out that not only do they have to battle with loads of pressing financial needs, some also said that although they are currently providing online lessons for their pupils, they only receive paltry sum of money as allowance.

A teacher in one of the private secondary schools in Lagos, who pleaded anonymity, decries the insensitivity of the federal and state governments to the plight of teachers and other workers, due to the continues closure of school which is forcing their employers not to pay salaries and other benefits.

The teacher, who also pointed out that aside from those in the teaching profession, school bus drivers, cleaners and other sundry workers are also lamenting and appealing to the managers of the economy to open schools, especially private ones, so that their proprietors can be able to generate funds to offset the owed salaries, in order to reduce the agony and hunger they have endured in the last three months.

Stakeholders observe that payment of salaries is one peculiar challenge that confronts private school proprietors especially with the continued closure of schools which is their main source of revenue generation.

With academic activities halted in the traditional brick and mortar space, many private school owners are wondering how to go about paying staff salaries, aside from taking care of other necessities.

A cross-section of teachers and, school owners told BDSUNDAY in a separate chat that with lack of vaccine or cure for the coronavirus, as well as government hesitation to re-open the educational institutions across all levels, indeed these are trying times for them.

Chijioke Amadi, a Biology teacher in one of the private secondary schools in Egbeda Lagos, told our correspondent that since Covid-19 forced the government to shut down brick and mortar academic activities in March, he had not received any form of salary from his employer.

Narrating his ordeal, Amadi who is also a father of three children, said with the increased pressure on family budgets owing to the lack of income, he was forced to make a private teaching arrangement for students preparing to sit for the West African Senior School Certificate Examination (WASSCE) where he gets money to sustain his family pending when the government decides to re-open schools.

He observes that the worsening economic situation has made it difficult for private school owners especially those with fewer students population to keep to pace with salary payment given that there are other needs contending with a meager fund that comes as income even before the advent of the coronavirus pandemic.

Amadi is not alone in this woes narration, as Tonile Wahab, a mathematics teacher with a private school in Lagos pointed out that purchasing power has dwindled consistently and spending every naira has come with serious deliberations and considerations within families.

Wahab opines that last three months has been challenging, adding that uncertainty over when school will resume had even made things tougher.

According to him, “With no vaccine for Covid-19 yet and the unreliable state of government, nobody knows when the government will decide to reopen school and this is really frustrating”.

He said since the government took the issue of coronavirus pandemic serious and closed the schools, management of the school where he works asked all teachers, cleaners, school bus drivers to stay at home.

Commenting on how he has been surviving with no salary in sight, Wahab notes that he is engaged in-home lessons for students for a fee as a way of survival.

According to him, “It has not been easy engaging students especially those whose parents are also struggling. Again, I also see going to students’ houses to teach them as part of the risk, especially with the fear of contracting COVID-19”.

“With this private teaching especially those preparing for WASSCE, I received weekly pay from some of the parents that I teach their children, it is through this  that I am able to earn money little by little to be able to feed my family,” he said.

Non-payment of staff salaries especially since the enforcement of school closure due to the outbreak of coronavirus is an aspect of running a quality education that Segun Ayo, principal, New Covenant School, Lagos find frustrating.

Ayo told BDSUNDAY that things are equally difficult for him as a school owner, adding that there is no way he can force parents to pay school fees for their children and wards.

According to him, if the parents are not paying their children school fees which account for over 90 percent of income, it means the school is not generating revenue, meaning that it is almost impossible for them to pay salaries.

He opines that the reality on the ground is that the situation of things is going to be like this for a while before a solution to the COVID-19 is found. “Even if other things in the country go back to normal, parents may not pay up school fees on time.”

According to him, “Experience has always been that at resumption, parents do find it difficult to pay school fees until examination period, when the schools make it compulsory that “no fees, no examination.”

Another private school owner, who spoke to our correspondent on condition of anonymity, said she had been unable to pay salaries because of paucity of funds.

She complained that even before the outbreak of the coronavirus and the subsequent lockdown, many parents did not pay school fees.

According to her, even before the coronavirus outbreak, it has not been easy running the school. “At times we pay salaries from other family sources and that is how we have been running the school since inception.  At times, some parents owe for two terms and when you send their children home, they take them to another school without paying you what they owe you.”

The foot-dragging by the government to provide detailed guidelines on when schools would reopen have also drawn the wrath of the association of private school owners.

They observed that the Federal Government apparent posture on continued closure of schools in the country without the necessary palliative to this strategic sub-sector is not only portraying the Federal Government as being insensitive but could also be taken to mean a lack of concern for the investors, staff and stakeholders in the private education sub -sector.

Yomi Otubela, president, National Association of Proprietors of Private Schools, Nigeria (NAPPS) in a press statement states that Federal Government cannot continue to shut down schools without providing much needed palliatives to bail out private education sub-sector which seems to be on the brim of collapse due to the COVID -19 pandemic.

Otubela opines that with the arrival of the pandemic and the recognition of its virulence and mode of transmission, closure of all the educational institution was not only apt but sensible by any government worldwide and we are not denying that fact.

According to him, “The Federal Government’s action of safeguarding the public health through the lockdown obviously was the right steps to curtail the spread of the virus.

“But the same Federal Government needs to be reminded of impact the continue closure of schools could have on mental health of individuals who earn their living from this subsector and also private school investors whose multi- billion naira investments in the sub- sector are presently under threat of collapse”.

He further notes that the request for palliatives has become imperative given the strategic position of the sector which has not only been providing succor in meeting the educational needs of a significant number of the Nigerian learners but also employers of labour to a vast number of the Nigerian populace who work as teaching and non-teaching staff.

“This is in addition to a lot of jobs indirectly provided through services rendered by school contractors, suppliers etc.  Moreover, government can take a cue from the support system of some countries like Germany, to cushion the effect of this pandemic on both their citizens and businesses,” Otubela said.