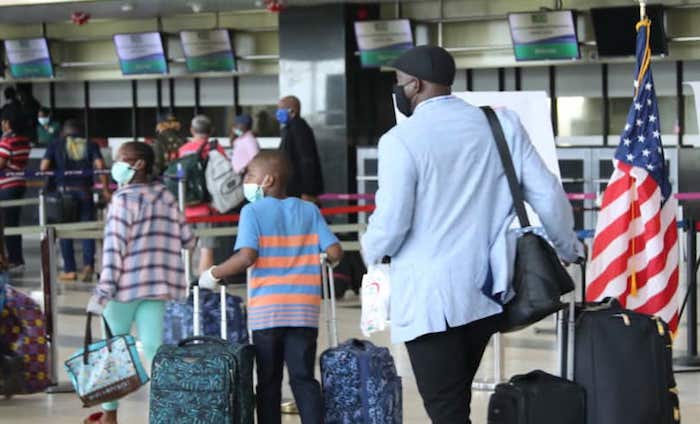 The ongoing talent exodus from Nigeria, popularly called ‘japa’ (a Yoruba word for “run quickly”), is forcing some companies, particularly in the banking industry, to reduce the education criteria for their recruitment process.

BusinessDay findings from a survey of job listings from recruitment websites found that Access Bank, First Bank, Guaranty Trust Bank (GTB), First City Monument Bank (FCMB) and Polaris Bank have reduced the minimum eligibility criteria for their 2022 graduate trainee programmes to a second-class lower grade (2.2) from second-upper class (2.1) and first class grades that used to be demanded from job-seekers.

Polaris Bank and First Bank both require a minimum of B.Sc (second class) or Higher National Diploma (upper credit) in any discipline for their graduate trainee programmes.

Human resource professionals and experts say that this latest move is a positive development for Africa’s biggest economy as the banks are trying to expand their recruitment net, which will help reduce youth unemployment that is at an all-time high of 42 percent.

“They have realised that they can’t keep judging applicants based on theory alone, if they have never assessed their competency,” said Jennifer Oyelade, director of Transquisite Consulting.

“So, they are throwing their net wider to attract the overlooked talent in a bid to find the underdogs who can lead the flock,” Oyelade said.

Olamide Adeyeye, head of research at Jobberman Nigeria, said it is a big deal for banks to be reducing their recruitment standards.

“The scarce talent gap is putting organisations on edge now, (for them) to begin to consider second class lower students in their recruitment process,” Adeyeye said.

On the reasons why banks are now seeking the minimum grade, Oludayo Sokunbi, chief executive officer at Japaconsults, said that those with first class and upper class grades have higher chances of getting scholarships abroad than those with lower class.

“Those with lower class have a higher rate of retention because they have fewer chances of getting scholarships,” Sokunbi said. He added that companies have discovered that grades do not define a person as long as you are open to learning.

“They have discovered that people with lower grades can adapt to work and are more versatile since some of them may have been involved in school activities which may affect their chances of getting better grades,” Sokunbi explained.

The economic hardship in the country which has been worsened by high inflation, unemployment and insecurity, among others is forcing many Nigerians, especially the youths, to leave the country in drones.

A 2021 Hanke’s Misery Index ranked Nigeria as the world’s 11th most miserable country out of 156 countries.

“While it is important to mention that education and training of our workforce can play a major role in determining how well our economy performs, reports have it that there has been consistent increase in the number of Nigerian skilled workforce migrating or planning to migrate out of Nigeria due to the current economic situation,” Festus Okotie, chief executive officer at Bernard Hall Nigeria Limited, said.

Highly educated and skilled Nigerians have been migrating to other countries through study and work visas. For instance, data from the British government shows that the number of Nigerians granted student visas increased by 222.8 percent to 65,929, the highest in four years in June 2022 from 20,427 in the same period of 2021.

“My colleague in the office went to process his Form A last month. Inside the banking hall with about 8 young bankers, 4 of them already got admission for January intake; three are planning for next September while only one said she doesn’t have the funds yet,” a Twitter user, @McMyer, tweeted via his handle.

Organisations have to start rethinking because they cannot win the war on ‘japa’, according to Kemi Ogunkoya, a leadership development strategist.

“The challenge is rooted in the failed system. And it is quite unfortunate that we saw this trend years ago but nobody had the will or cared enough to do something about it,” Ogunkoya said.

She said the ‘japa’ trend will get worse as more countries are opening new immigration pathways to attract young people. “So, there will be people on the land but in terms of quality of talents, it is going to be deteriorating every day.”