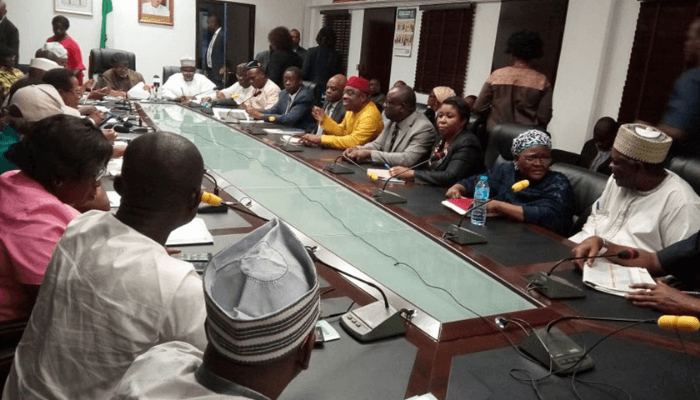 A trained agro-economist and his wife were bankers in two different commercial banks and managing side hustles. But due to economic hardship and career challenges, they made up their minds to relocate to Germany.

They both resigned and sold their private ventures and property to facilitate their relocation.

Thomas Adeoye and Iniama Edit are among young tech experts who left Nigeria for Australia for better jobs. The young minds are today helping in the development of the Australian economy.

Pius Iruafemi relocated to the United States of America with his family because of the deteriorating education and healthcare sectors in Nigeria.

“I left for the USA to give my family access to good education and health care. There are opportunities in America to become what you desire to become, but in Nigeria, the opportunities are for the rich and their children only,” he said.

Emmanuel Osodeke, the president of the Academic Staff Union of Universities (ASUU), recently expressed concern over the mass resignation of lecturers from the country’s universities for better opportunities abroad as the university lecturers’ strike lingers.

Many Nigerian intellectuals have left the shores of the country in search of greener pastures abroad.

The factors behind the migration of Nigerians include rising unemployment, poverty, lack of economic opportunities, dearth of basic socio-economic infrastructures, and insecurity.

Bamidele Okuwoga, a legal practitioner, decried the situation, saying human capital is a veritable and integral part of development in any economy.

“No economy can grow or self-sustain without the necessary manpower to drive the resources available. Consequently, the years of national investment in the training of different professionals, artisans, intellectuals, and others have not impacted positively on Nigeria’s growth index,” Okuwoga said.

According to him, a large percentage of the working population is leaving the country in droves due to unfavourable living conditions, infrastructural decay, and escalating inflation.

“The gross devaluation of the naira is a major setback to the capacity of workers to plan, invest and build. Tertiary institutions are shut and the few open ones cannot cater to the needs of the economy that is steadily in a declining state,” he said.

Okuwoga cited unemployment and wage imbalance as other major factors fuelling the mass migration of professionals from the country.

He said: “Millions of youths and young graduates are unemployed. The availability of the labour market overseas and better remuneration and conditions of service are push factors driving the professionals and intellectuals outside the country.

“There is no equitable reward framework for categories of workers in Nigeria. While political and public office-holders are paid huge sums as allowances, those in the productive sectors are not well remunerated.”

The propensity to emigrate is particularly high among the highly skilled.

Nigeria, Africa’s biggest economy has a large, vibrant, and young population that makes up more than 65 percent of its population.

A World Bank report found that 50 percent of Nigerian youths want to leave the country. The country placed third in West Africa among the nations polled, trailing only Liberia (70 percent) and Sierra Leone (60 percent).

Nigeria’s investment in human development has not been remarkable over the years as its budgetary allocation to education has not been more than 7 percent of its total budget.

The poor investment in education is affecting the country’s ranking in human development as it dropped three positions, ranking 161st in 2019 from 158th in 2018 among 189 countries in Human Development, according to the United Nations Development Programme.

The United Nations Children’s Fund said Nigeria has the highest number of out-of-school children in the world.

Countries such as Qatar, Saudi Arabia, and Canada that have invested heavily in human development have witnessed high per capita incomes, low unemployment rates, and strong economic growth.

The challenges in the education sector, especially in the public one such as access, quality, funding, strikes, cultism, and stability of the academic calendar have led to a steady rise in the outflow of Nigerian students seeking post-secondary education abroad.

According to a recent Open Doors Report, published by the Washington-based Institute of International Education, enrolment of Nigerians in American universities has been on an increase.

This has also made the country to be among the countries with the highest number of students studying in America.

Chris Ibe, the proprietor of Sheperdhill, believes that to curb intellectual migration draining the country’s economy, the government should lessen dependence on oil and diversify, especially into agriculture to create more jobs.

He said the federal government should intensify the fight against terrorists and insecurity to restore a sense of safety and a secure socio-economic environment.

Ibe urged the government at various levels to ensure that social amenities are made available and maintained to discourage mass emigration.

Olusola Opeyemi, a banker, blamed bad governance for the rise in the number of Nigerians emigrating to greener pastures.

“There seems to be a high level of loss of confidence in the system and hardship which is giving rise to the mass movement of Nigerians across borders in search of greener pastures,” she said.

Opeyemi is worried that if the trend is not curbed, it would lead to massive human and capital exportation to foreign lands.

In the labour market, she noted that migrants accounted for 47 percent of the increase in the workforce in the United States and 70 percent in Europe over the past ten years.

On the way forward, Okuwoga admonished the federal government to embrace comprehensive reformation of the system to curb migration.

He said: “There is a dire need for a system overhaul. The economy must be re-engineered and redirected by deliberate policies that will see infrastructural development, justice, and equity in the provision of services for the people.

“The cases of electricity, roads, security, health care, and other amenities cannot be fixed in a short period. A deliberate and careful policy to channel resources to improve the performance of the government could be a step in the right direction.”

Research has shown that migration boosts the working-age population of the resident country. Migrants arrive with skills and contribute to the human capital development of receiving countries. Migrants also contribute to technological progress.

Migrants tend to be more concentrated in the younger and economically active age groups compared with natives and therefore contribute to reducing dependency ratios.

Besides, migrants arrive with skills and abilities, and so supplement the stock of human capital of the host country. More specifically, evidence from the United States suggests that skilled immigrants contribute to boosting research and innovation, as well as technological progress.

In most countries, except for those with a large share of older migrants, they contribute more in taxes and social contributions than they receive in individual benefits.