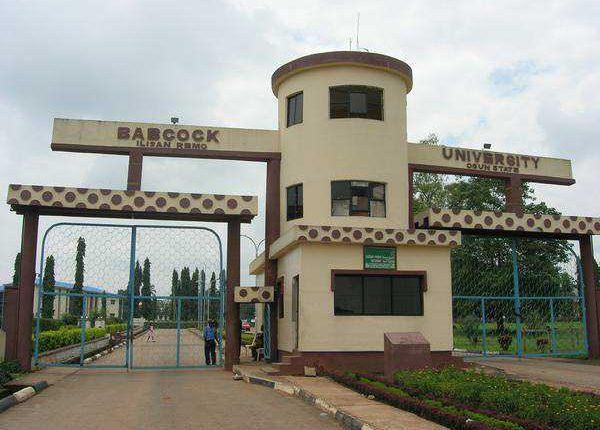 Babcock University, Ilishan Remo, Ogun State says it has tackled the issue of epileptic power supply on campus as it now runs it own independent power plant (IPP) which generates 4.5 megawatts of electricity and is committed to reverse medical tourism to India and other countries. Ademola Tayo, Vice Chancellor of the institution has said.

Tayo stated this at a pre-event press conference to announce activities for the 60th anniversary celebration of the establishment of the academic institution as a college, and 20th anniversary as Nigeria’s pioneer private university.

He noted that the University spends an average of N80 million every month on power supply which he observes has ensure that the university community enjoy uninterrupted power supply.

Tayo said Babcock University is also determined to contribute to seek ways to stem medical tourism adding that the institution had recorded over 95 per cent success in open heart surgeries and orthopedic treatment.

“We have done over 300 successful open heart surgeries since 2015 when the Tri-state Heart Centre started. We have a 95 per cent success rate. In orthopedic, we are doing total knee replacement surgery and spine surgery,” Tayo said.

Speaking on the founders day celebration of the school, Tayo said the university, established on September 17, 1959 as Adventist College of West Africa with only seven pioneer students, metamorphosed to Adventist Seminary of West Africa, and now a university with about 12,000 students enrolment and 19 halls of residence for the students.

“After it was handed accreditation certificate in April 1999 alongside two others, the institution became the first private university in Nigeria to admit students on September 13, 1999 and graduated first set in June, 2003”, Tayo said.

Apart from medicine, the University Don said Babcock was impacting the Nigerian society in many other ways, including through promoting food security, research, and others. He however lamented the multiple taxes the University has to pay to government, calling for a change given the institution’s role in providing education, which is a social service. The Babcock vice chancellor further advocated for relaxation of rules guiding the operations of Tertiary institutions, saying it would allow for creativity and innovation in the academia.

Sunday Owolabi, chairman of the anniversary committee with the themed; “The Journey of Grace,” highlighted the activities lined up by the university to include; medical outreach to the host community of Ilishan-Remo and other neighbouring towns including Ikenne, Ilara.

Owolabi stated the institution plans to hold an anniversary lecture to be delivered by its immediate past vice-chancellor, James Kayode-Makinde with service award for workers on the campus who have spent up to 35 years.

“On September 17, which is the D-day, there will be in attendance eminent personalities including governors, philanthropists and supporters, where the vice-chancellor would be tracing the journey so far and honour those deserving of awards for standing firmly with the institution,” Owolabi said.