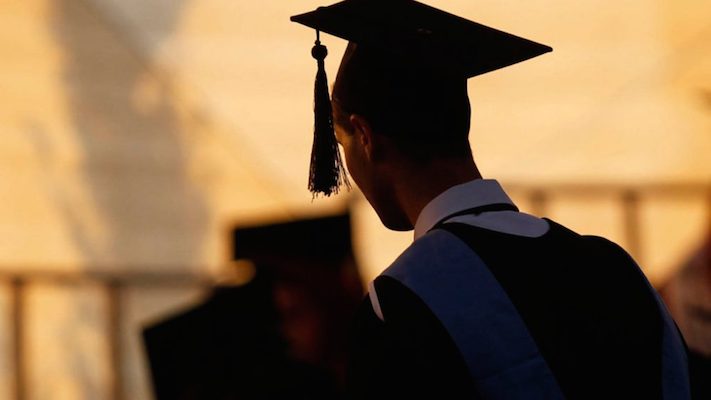 While the private universities continue to thrive, the same cannot be said of majority of Federal and State universities, that for a period of nine months were shut down over the disagreement between Federal Government and academic staff union of universities (ASUU), Successive government it may seem has not really given attention to its universities despite the fact that many of those in government today are products of free education. It appears they have abandoned or shifted their responsibility to private investors.

Between 1960 and ‘80, Nigeria’s education system was of high quality competing favourably with anywhere in the world. In those years, teachers were respected; standards were very high such that a standard six product had good skills for the workplace.

However, the situation now is different as lack of proper funding of federal universities is preventing many Nigerians from having access to university education and those that manage to gain admission are not having quality training.

Daso Peter Ojimba, Technical education specialist in Lagos, attributed the proliferation of private universities in the country to the epileptic and unfavourable government policy usually formulated by the Government against the public universities, saying lack-lustre gesture of Government towards university funding and commitment had led to series of problem trailing the university education system.

Ojimba agreed that private universities have an edge over the public universities in terms of smooth and uninterrupted academic calendar and probably serene environment, but however said that the quality and standard of training and education delivered to their students could never be compared with the one given to private universities.

The education analyst disclosed that the goal of the private universities being the profit-oriented institutions, was only time-bound but not quality-bound, saying the philosophy of the Proprietor and the Academic Staff lecturing in the Private Universities was to secure quick money, therefore they are mostly lectured on a part-time basis.

He further stated further that many parents patronise private universities because they know that the academic calendar in the private universities are time-bound, but they don’t consider the quality and standard of their output, which he said, had affected not only the Academics but also the Labour market, thereby retarding the socio-economic development of the country.

Loveth Uche, a concerned educationist, blamed Government for the abnormalities, such as incessant strike, under-funding, lack of basic needs on Nigerian campuses, among others which are plaguing university education system in the country which had, in recent times, contributed to the proliferation of private institutions.

According to Uche, “Actually, when we are talking about sound education and training, it will be very difficult to choose private universities, except we want to be political. Although, bad effects of strike, under-funding, lack of basic needs on campus have contributed negatively to the standard of education in Nigeria, the public institutions still have great edge over the private institutions.

“The private university education is only time-bound, that is why many people, these days, prefer private institutions to public, but they have forgotten that they are not quality bound.”

“Find out, you will discover that majority of their teaching staff are those rejected from the public universities. They are even teaching on a part-time basis; so, how can you guarantee the quality and standard of their output? She questioned.

Monday Igbafen, chairman of ASUU, Ambrose Alli University, Ekpoma, in a recent interview was quoted to have said that establishment of more universities, without proper recourse to the challenges facing the existing ones, was what the union had been trying to criticise.

“How do you justify the existence of additional universities, when there is this cry that even the private universities that are running now lack proper monitoring, to see if they comply with the National Universities Commission (NUC) guidelines and what is required to run a university.

“They are all just centres where they collect people’s money. That is why most of us are getting worried about the education system in the country”, he said. When told that the approval might be to expand access to university education, Igbafen said that if properly funded one university in the country might take half of the population of prospective university students.

“When you carry out an objective assessment of these universities, you discover that they are not really universities; they are just there to divert our attention, whereas they will not be properly trained in terms of developing minds.

“It is all about just dishing out degrees; not necessarily interested in the content and quality of the product. It is just about giving out first class and what is important is to get money. I think it is necessary for the government to reflect on some of all these decisions that they have taken.

“If we have to advance the course of our educational development in this country, it is not through the proliferation of both private and public universities”, he said.

According to him, “There is no need for the approval of more universities for now. These private universities are to shift attention from public school because there is no much care about facilities in public universities.

“The public universities are dying and if the situation is not properly checked, it will lead to what is currently happening to public primary and secondary schools in the country.

“If you compare the public and private primary and secondary schools, the difference is clear. It is affecting the system negatively and that is now moving to the higher institutions.”

Uzodinma Ikedi, a researcher in Lagos, told BusinessDay that the plethora of excuses usually given by the government as regards its lack-lustre and bad performance towards university education in the country accounted for the proliferation of mushroom private institutions.

Ikedi said that government’s failure, over the years, to fortify the university education system in terms of funding, autonomy and provision of basic needs on campus gave speedy rise to the private institutions, which he said, use ad-hoc staff as academic staff, alleging that the majority of their staff are incompetent.

According to him, education remains the vibrant instrument for development; hence, the need for the government to do the needful in ensuring that the schools are run the way they are supposed to.

“Education is a social service, but these private universities are established by investors, who believe in profit-making. The guideline is that private universities must be run for 15 years before any plan of making profit, but which university can do that?”, he asked, adding that within a year of establishment, many proprietors would begin to crave gain.

Ikedi, however, appealed to Government to look inwards and rectify academic problems plaguing the Nigerian universities in order to further improve the standard of Nigerian universities’ education system, saying that adequate attention be given to academic research funding, internal autonomy, provision of basic needs on Nigerian campuses among others so that the public universities will genuinely look enticing to the students as well as their parents.