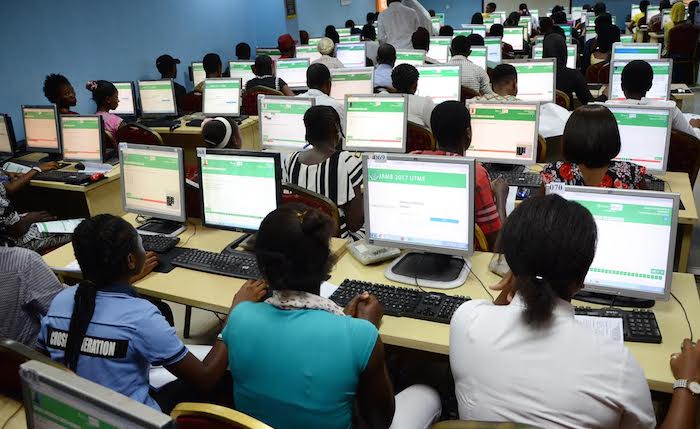 Parents, candidates as well as observers in the ongoing 2021 Unified Tertiary Matriculation Examination (UTME) has lauded the Joint Admissions and Matriculations Board (JAMB ) for a what they described as a hitch-free exercise.

Though the examinations which began Saturday 19th June, 2021 recorded some hitches in some centres across the country such as network challenges, power outage and system malfunctioning, but when our reporter visited some centres in the Federal Capital Territory (FCT) on Monday, it was found that the examinations were ongoing without the listed challenges.

Parents and guardians waited for their wards outside approved Computer-Based Test (CBT) Centres while candidates filed in in batches to write their examinations.

At the CBT centre at Government Secondary School, Apo Resettlement, a parent said, “I have been here all morning waiting for my son and the process have been very fine, very peaceful, unlike last year when there was so much hitches ” a parent who simply identified herself as Loveth said.

The protocol officer at the centre, Ibrahim Salim noted the conduct of the examinations was much better than the first day when minor challenges were recorded. He however pointed out that most of the challenges faced on the first day were caused candidates.

“The whole process have been hitch-free since we started today unlike the first day when we had a little bit of difficulties. You know because it’s the first day and definitely you will witness some issues, but as of today, it is hitch free.

“Some of the difficulties we had the first day was from the candidates, some of them that came were not sure of their centres, while some did not reprint their slip. This centre has a capacity of 200 candidates, students are expected to log in same time but some students experience technical issues and do not report such problems on time”, Salim said.

Candidates at the centre however decried that they are made to pay N100 each to secure their bags and other items they brought to the centre.

“The process have been seamless so far, but they are tasking us N100 each to keep our bags”, Miracle Pius cried out

“They said we must keep our things with them before we enter inside and we must pay money for any item you come in with. I have never experienced this before”, Friday Hassan another candidate said.

It was gathered that candidates who came into the school with possession where asked to keep their bag with some officials and asked to pay the sum.

When asked the official who worked at the CBT centre said the money was for the security of the candidates’ items.

When contacted, the head, protocol and public affairs, Fabian Benjamin said the JAMB cannot do anything on the issue as candidates were not asked to bring any item other than writing materials to the examination centre.

But the situation was different for JC best schools CBT centre Life Camp, candidates were restricted from entering with any possession but were not required to pay any sum. Parents and observes also applauded the process at this centre

“So far so good the organisers are really trying. I am really impressed with this year’s examination and I wish the candidates the best of luck”, John Onuaora, a parent said.

However, some candidate said some questions in the literature test were not in the syllabus which made the examinations difficult.

“The examination was a bit difficult because some things in literature are not in the syllabus. Those people who write on Saturday complained the same thing, I panicked but my sister consoled me that it won’t be the same thing for me, but it is the same problem” Gift Ikwekwu said.

The exam which commenced Saturday 9th June will continue till Saturday, 3rd July.

‘Our emphasis is on capital preservation, achieving inflation-adjusted returns’