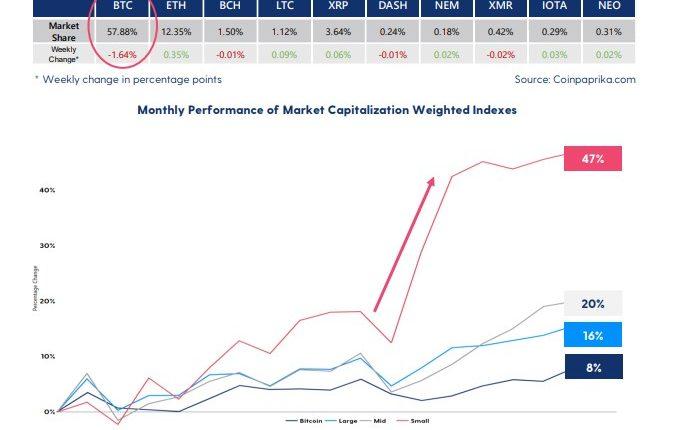 The world’s largest cryptocurrency by valuation, bitcoin (BTC) would need an additional growth rate of 40.3 percent to breach the all-time high of $20,089 set on 17 December 2017, say analysts at Luno.

The cryptocurrency has been on a bullish streak in recent weeks. As at the time of writing, Bitcoin was trading at $11,785 on the Coindesk Index. It has at different times reached and even crossed $12,000, but the best news for many investors is the relatively low volatility, which means that the price has not had to stray too far for weeks.

The bullish sentiment has seen demand in Nigeria and across the world stay extremely greedy for over two weeks now. The overall open interest in the bitcoin futures market is at an all-time high ($5.8 billion), with the institutional-focused platform CME accounting for close to $1 billion.

“The real BTC daily trading volume has been trending upwards again over the past week. With the move to a new yearly high, the momentum looks to be back after a short sideways period,” the Luno analysts said. “It is a healthy signal to see that we’re now stabilizing around $1.5 billion, much higher than what we saw at the beginning of 2020.”

However, market capitalisation has lost a little ground dropping to $217.329 billion on Thursday morning from $221.413 billion on Wednesday. BTC has been the worst performer in terms of valuation this month, struggling to catch up with the other indexes. This is reflected in bitcoin’s market dominance, which dropped to a one year low recently.

Several reports including researchers at Bloomberg predicted that 2020 would most likely be the year that bitcoin writes a new all-time high, after beating the one it set in 2017. With barely four months to the end of the year, the cryptocurrency would need to double its movement to make the predictions a reality.

Institutional interests in recent times have been on the rise and this gives investors confidence a record run is possible. On Tuesday, August 11th, MicroStrategy, the largest independent publicly-traded business intelligence company, announced that it had adopted Bitcoin as its primary treasury reserve asset, by acquiring 21,454 BTC.