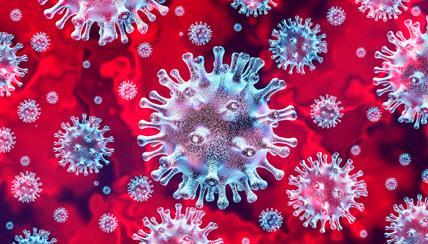 As at May 29th morning, the total confirmed cases of COVID-19 in Delta State stood at 57. Among this number, 36 cases were active, 14 discharged while there were seven deaths.

By late evening of the same day, the number of confirmed cases rose to 74. The breakdown were: 52 active cases, 15 discharged and seven deaths.

The virus has been confirmed in 14 out of 25 Local Government Areas of the state, yet the increasing number of cases seemed not have convinced doubting Thomases that COVID-19 is real.

Rather they believe that COVID-19 pandemic is a scam, accusing government officials at state and federal levels, of using it as means of enriching themselves while suffering the poor masses by imposing lockdown on them.

“Can you just show me anybody you’ve seen living with COVID-19 or families of those who died as a result of the virus? They (state and federal governments) just keep announcing figures and they will never show you victims of this virus”, said one of Asaba residents, interviewed by BusinessDay.

Seven out of 10 residents who were interviewed, took the same position, saying ” COVID–19 is a Yahoo Yahoo thing.”

This situation seems to cause the state government much pain to the extent it is weeping over prejudice that even the elites have about the existence of the virus. The government believe the elites ought to support the fight against the pandemic by educating other members of the public.

The government is therefore seeking stronger ties with the media in the war against the pandemic especially in informing, educating, and sensitizing of the members of the public.

Speaking during a delegation of Governor Okowa’s media aides to the Asaba Correspondent Chapel of the Nigeria Union of Journalists (NUJ), Thursday, the state commissioner for information, Charles Aniagwu, said, “I plead with the members of this chapel and other journalists in the state to assist the state government deal with the issue of prejudice even among the elites”.

Yes, the media has really contributed hugely to the success rate we have achieved in the fight against this pandemic but we want efforts intensified in this regard, he said.

He added that state government had established and equipped six isolation centres across the state with the medical personnel well taken care of, which he said was a proof of it’s pro-activeness in combating the pandemic.

He wondered why people would demand to be shown the COVID-19 patients in the isolation centres and the dead, just to convince them that the disease exists in the state.

“If the victims were their family members, would they want their names to be announced or shown to the public. The truth is that the family of the victims know themselves and they cannot say that COVID–19 is a scam. Even if you take the critics to the isolation centres, they will still accuse government of paying people to lie claim that they are COVID-19 positive”, he said.

Continuing, he said, “We have localized COVID-19 by listing a number of patients in each LGA, therefore, victims of this virus are from families and LGAs. So, we don’t take advantage of the situation against our people in anyway.”

“When we say social distancing, even myself, I miss the shaking of hands with my friends. I miss the number of people that ought to gather here (event) but are restricted because of COVID-19.”

He advised the citizens to understand that they are not wearing face masks because of the security man enforcing face mask order. You protect your interest first before that of another person. You need to protect yourself for the sake of your family, he added.

Olisa Ifeajiaka, the Chief Press Secretary (CPS) to Governor Ifeanyi Okowa, while calling on journalists not to see their position as members of the fourth estate of the realm, as an accident, urged them to continually see it as an opportunity to assist in building the society through developmental journalism.