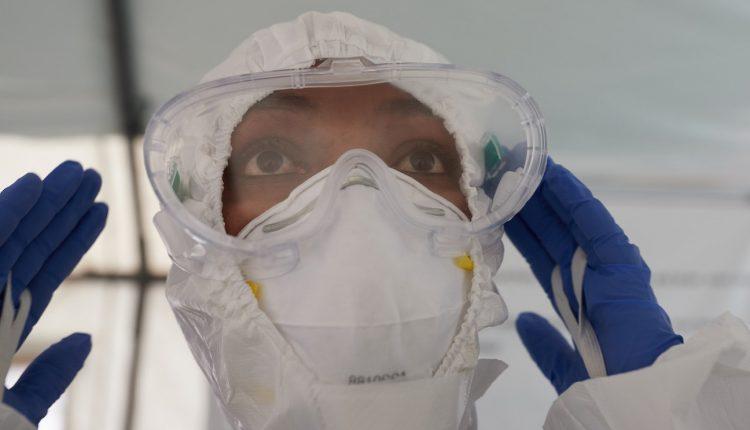 Africans were celebrated globally on 25 May 2020. It was a day which marked the 57th Anniversary of the Organisation of African Unity (OAU). The OAU was established in 1963 and it has changed into its successor organisation- the African Union (AU) – which was created in 2002. It was an opportunity to celebrate the achievements and diversity of Africans, and to promote the unity of over one billion people of the continent. The theme of this year’s celebration is, “Silencing the guns in the context of the COVID-19.”

Regarding the pandemic, report from the World Health Organisation (WHO) shows that Africa is the least affected globally in terms of the number of cases and deaths officially reported. Available statistics show that Africa has just 1.5 percent of world’s reported cases of COVID-19 and less than 0.1 percent of the world’s death. It appears these figures do not paint the full picture as testing capacity is still an issue in most African countries, according to the United Nations (UN).

Widespread testing may not be possible in Africa as it is the case with some developed countries. Many African countries have barrier to mass testing for COVID-19 due to health facilities, infrastructure, personnel and funding constraints. Experts believe that if African countries are to contain the virus, testing capacity must be expanded before rampant community spread negates the value of contact tracing. Africa will “silence the gun” in this challenging time when the continent can boast of responsible governments that are able to meet the security, emotional and physical wellbeing of the masses as opposed to select groups in the society.

As the world goes through these challenging times, Africans must take their destinies in their own hands … African leaders must convert hope into actions that will reduce poverty within the continent of Africa

Before the arrival of COVID-19, most African countries were working very hard to improve their economies. But this writer had always wanted to know why many African countries are not at the threshold of economic development since attaining independence despite abundant natural, mineral and forest resources. It is a mystery which may never be understood, though Africa’s first civilisation emerged in ancient Egypt where the world’s greatest centres of learning existed. But Africa is now regarded as one of the backward continents in the world.

Today, Africa is an epitome of stifling values. Good governance is not within the reach of many African countries. Addressing African leaders in 1994, former President of South Africa, Nelson Mandela is of the view that, “we must face the matter squarely that where there is something wrong in how we govern ourselves, it must be said that the fault is not in our stars but in ourselves that we are ill-governed.”

Although, African economies have come up with policies to attract investors, encourage the growth of private sector and reduce state interventions, most “brilliant” ideas defined by African leaders have been destroyed largely by corruption. And most African leaders are not willing to take responsibility for the success or failure of their policies. We have seen that many African leaders are “dinosaurs” who had entrenched themselves in power for decades because of easy access to state resources.

Other issues preventing Africa from realising greatness are many. Africa is perhaps the only region where school enrolment is falling and where illiteracy is commonplace. Unconfirmed reports show that half of all children in sub-Saharan Africa fail to complete primary education. Many African youths are jobless and they are readily available for use to perpetrate crimes.  Africa is the only region where life expectancy is falling due to diseases. Africa is lacking both skills and infrastructure to attract multinational corporations to drive it.

Trade between Africa and China has increased. China has increased its aid to Africa, provide more concessional finance for trade and infrastructure, allow duty-free entry for many African exports and build more schools and hospitals.

China accounts for about 17 percent of Africa’s debt, according to the World Bank. A team of researchers at John Hopkins University say that more than a thousand Chinese loans worth more than $152 billion have been extended to 49 African countries and their state- owned companies between 2000 and 2018. COVID-19 has increased calls for China to forgive old loans. Africans are waiting for how China will manage debts in troubled times.

But Western critics have been quick to point out the drawbacks of China’s relentless advance in Africa. They argue that while “the West focuses upon good governance and democracy as being essential ingredients to progress, China undermines these efforts by having lucrative deals with dictators, despots and unsavoury regimes, with no strings attached, helping them to keep in power and ignoring human rights abuses.”

As the world goes through these challenging times, Africans must take their destinies in their own hands. And by choosing the theme, “Silencing the guns in the context of the COVID-19,” Africa has given the world a new hope. But hope is not a strategy. African leaders must convert hope into actions that will reduce poverty within the continent of Africa. Drawing inspiration from the former UN Secretary-General Kofi Annan, “let us be careful not to mistake hope for achievement.”

All said, when will African people overcome current challenges confronting the continent in order to achieve cultural, scientific, and economic renewal? Without peace and security in Africa, there cannot be development. Africa, the second largest continent after China, has enough resources to cater to the needs of its people.

If Africa was to have a rebirth, African leaders without exemption must demonstrate beyond reasonable doubt that they have the capacity to change the litany of sufferings that their people have experienced over time. It is for African leaders to utilise available resources judiciously while opening doors of opportunities for jobless youths that form a large percentage of the population. This is the time for all African leaders to assert their will to dislodge any obstacle- big or small- that would stop them from bringing about an African rebirth.

It takes a generation of committed leaders to build a nation. Thank you!