The Chief of Staff in presidential government 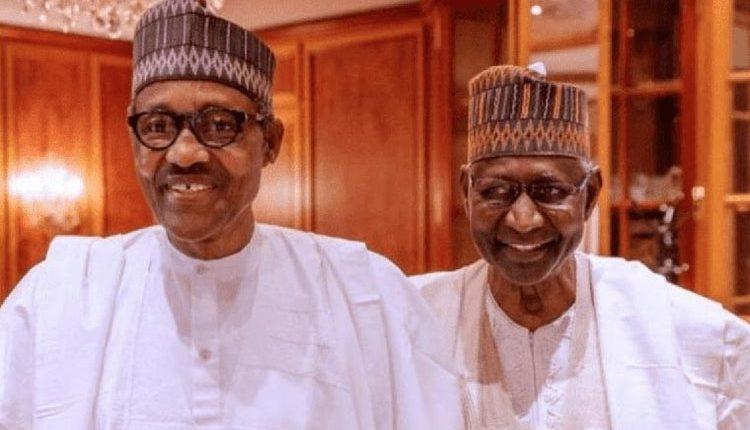 During late night of Friday 17 April, the world received the shocking news of the passing of Abba Kyari, Chief of Staff to President Muhammadu Buhari. He was age 67. A few weeks earlier, he had announced that he had tested positive for the virus and was taking himself to an undisclosed hospital. Kyari succumbed to the dreaded novel coronavirus pandemic and was buried the following day at Gudu Cemetery in Abuja, in accordance with Muslim rites.

During last year, I had the honour of being received by him in Aso Villa. His office was neat and well-organised; the furnishing in the classic Nordic minimalist style. Taking a seat just beside me, he softly asked if I needed coffee or anything to drink. I politely declined. Ours was a very warm tête-à-tête. After our meeting, he graciously walked with me to the gate and bade me farewell.

Kyari the private man was not quite the Machiavellian caricature that was often portrayed by the media. I found to be quite taciturn; thoughtful, alert, astute, and given to speaking in quiet, elliptic monosyllables. But his eyes had the gaze of a millenarian mystic. He had the gravitas of a Roman proconsul. His courtliness would have impressed the mandarins of imperial China. I was privileged to have met several world statesmen in the course of my career — from former American Secretary of State Henry Kissinger to Tony Blair, Benjamin Netanyahu and a gaggle of African strongmen. Abba Kyari had the presence and demeanour of the consummate man of power.

The COS position is of military origin. During the nineteenth century, the Prussian military high command was headed by a Chief of Staff. The tradition later spread to government and even the private sector and international organisation. In 1942, President Franklin Roosevelt was the first incumbent of the White House to name a COS, in the person of Admiral William Leahy, a retired naval officer. The role has evolved in accordance with the needs and temperamentof succeeding presidents.

In the American tradition, the White House Chief of Staff is saddled with the main responsibility of managing the Executive Office of the President (EOP), including selection, supervision and management of the key staff of the presidential office.  He is the principal gatekeeper in terms of controlling access to his boss and managing the flow of information and communications to and from the Oval Office.  The COS negotiates with Congress and coordinates agencies such as the Office of the National Security Adviser, Council of Economic Advisers and the powerful Office of Management and Budget (OMB).

In 1999, President Olusegun Obasanjo broke with tradition by appointing a COS in the person of Major-General Abdullahi Mohammed, a retired military intelligence officer.  Mohammed was the quintessential insider who operated with a high level of discretion. Obasanjo’s successor, Umaru Musa Yar’Adua, did away with that Office, preferring to operate through his kinsmen from Katsina. When Umaru succumbed to illness in May 2010, he was succeeded by his deputy Goodluck Jonathan, who reinstated the office of COS, naming Mike Ogadiomhe to the post.  When Muhammadu Buhari won the presidential election in 2015, he made Abba Kyari, a Shuwa Arab from Borno, his COS. He kept him when he won a second term in 2019. A sociologist, lawyer, banker, journalist and seasoned boardroom player, the Cambridge and Harvard educated Kyari had the necessary training and background to serve as trusted adviser and jurisconsult to the incumbent of the high magistracy.

I have been a Chief of Staff myself, but in a different context. During 2010-2015, I was Chef de Cabinet of the 79-member intergovernmental organisation, the African, Caribbean and Pacific (ACP) Group of States based in Brussels. Being COS is not a dinner party – and certainly not a job for the fainthearted. You have to be a jack of all trades and a master of all; a hands-on economist, finance expert and administrator with a nose for power and diplomatic statecraft. It requires patience, high ability, energy, discretion and tact. But you must also be tough — ready to swim with the sharks and to graze with the bulls. Above all, your loyalty to the boss must be total and unassailable.

Abba Kyari was no doubt the most powerful Chief of Staff our country has ever known. Given the illness and prolonged absences of his principal, he quietly and assiduously accumulated considerable power to himself. He became a de facto Prime Minister. He undoubtedly stepped on many toes in the course of the performance of his duties, not least the formidable First Lady who fought her own battles against “the cabal”.

It is for posterity to judge whether he was an effective Chief of Staff or not. One thing that cannot be taken away from him, though, is the fact that he was uncompromisingly loyal to President Muhammadu Buhari.

If he had had a more enlightened mind, we would have expected him to have used such enormous power to uplift our country from its current morass. His friends and associates maintain that he had “socialist” leanings, whatever that means. Friends from his school days at St. Paul’s, an Anglican boarding school in Wusasa, Zaria, swear that he is a faithful and loyal friend – a completely detrabilised Nigerian.

For my part, I did not know him well enough and certainly do not have enough data to make a claim one way or the other. What I know for sure is that he mastered the dark arts of wielding power in a manner that would have impressed Kautilya, the realist political philosopher of Chandragupta India. Power goes with responsibility. Abba Kyari cannot escape his own culpability in the downward spiral in our collective fortunes and the painful descent of our country into a lawless, violent and nihilistic Fourth World banana republic.

One of the cardinal laws of power as indeed of physics, is that nature abhors a vacuum. Abba Kyari identified many vacuums in our system of power and he quietly occupied them with the killer instincts of a chess grandmaster. His obsession with power and control meant that everything in the wheel and machinery of government was centralised under his sole authority. He had, in effect, become a dreaded octopus; a figure that was bitterly loathed and feared in equal measure. Whenever he was absent or indisposed, almost everything grounded to a halt. Even the most powerful ministers were reduced to speaking in whispers.

Abba Kyari has been compared to the murderous Roman Emperor Caligula and the corrupt Cardinal Richelieu, first minister under the court of Louis XIII in France. Some of his critics point to the fact that it is a year almost to the day since he and Aliyu Umar SAN orchestrated the ouster of Chief Justice William Onnoghen from the Supreme Court. Onnoghen had resigned to his fate, observing prophetically that God is his hope and refuge. Both Kyari and Umar died on 17 April 2020, almost a year to the day.

No man is wholly a saint or wholly a villain. A professor from Maiduguri recently revealed that, for more than a decade, Abba Kyari had channeled his hard-earned savings for the care of 1,000 indigent citizens of Borno State, on condition of strict anonymity.

The priests used to exclaim, “Sic transit gloria mundi!” (thus passes away the glory of the world) during the medieval coronation of the popes. Abba Kyari’s career and manner of death should teach us that all power is transient. And that it is only the good we do for others — acts of lovingkindness and righteousness in service to God and humanity – that will outlive us.

It is crucial that the government acts swiftly in naming a successor. What is needed is a trusted technocrat with a hands-on approach that will assist the president in tackling the enormous challenges that lie before us in these dark times. The life-chances of millions of our people depend on that choice.