Satanic verses or a journey towards hope for Nigeria (1) 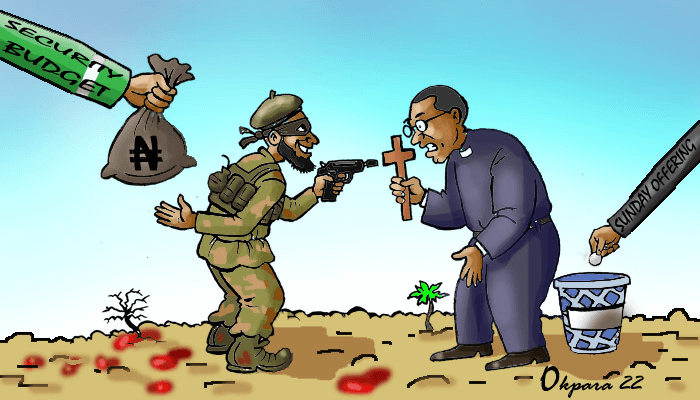 Salman Rushdie’s fourth book, Satanic verses, was published in 1988. He was attacked last week in New York by 24 years old Hadi Matar. Hadi Matar was not born when the book and the controversies it generated were at their heights. Yet Hadi acted on the fatwa issued against Rushdie by Iran’s Supreme Leader, Ayatollah Khomeini, in 1988.

If you ask Hadi Matar if he had read the Satanic verses or made an informed opinion on it, the answer is likely to be no. But he acted because religion is such a powerful force and belief system that could make a peaceful man harmful and a harmful man be peaceful, depending on the influencer.

All religions have their story settings in archaic plots different from the evolutions of our time. A religious ideology that wants everyone to believe the same thing or see everything as red or blue cannot be claimed to hold supreme with civilisation. Nothing has ever remained the same as human minds expand through technology and evolutions. What has remained the same or will remain the same is the principles preached by those religions, not the practice.

The principles of love, tolerance, peace, beliefs, sacrifice, kindness, and others are evergreen to human nature. What has changed is people’s perspective and freedom to choose, express and follow their conscience. Our preachers and religious leaders need to know that no one religion is superior to the others, and no one faith can dominate the world at the expense of the other.

The institution for justice should not be in the hands of a large mob of religious apologists who go on a rampage, killing people on a straightforward account of blasphemy in a heterogeneous world

Unfortunately, we have sections of the country whose tolerance is far behind the norm. We are lucky in Nigeria, despite the imbalance in the religious tolerances among the constitute nations. The Yoruba nation stood far ahead of others. There is hardly any Yoruba family without someone who had chosen another faith, either as valour or victim, yet accepted by the family. The Yoruba civilisation had moved beyond blind followership of any mortal person as God. The man to thank for that is no other than the late sage, Chief Obafemi Awolowo, who used education as the bastion of his political ideology.

Aside from education, there is a need for the civilisation of every religion. The institution for justice should not be in the hands of a large mob of religious apologists who go on a rampage, killing people on a straightforward account of blasphemy in a heterogeneous world. Many innocent victims killed for some sacred sins have gotten no justice. The killing of a lady in Sokoto is, without doubt, cannot be the last since no one will likely face the rhythm of the law of the killing without trials in the law court.

The recently purported letter by Prof. Akintoye to Buhari demanding the self-determination of the Yoruba nation did not mention religious intolerance as one reason the Yoruba want a ‘getaway’ from Nigeria. No doubt, the amalgamation of 1914 was an administrative marriage of convenience. However, the obvious is the failure of our leaders who crave for power and domination instead of an equal partnership of the constituent nations.

Nigeria was led and ruined like marriages where the men had all the powers without consideration for the emotions of the women who were the homemakers. Truthfully, all our past leaders, from Obafemi Awolowo to Abubakar Balewa, Nnamdi Azikiwe, Ahmadu Bello and recent leaders like Ango Abdullahi, have all said, ‘we are not one.’ Even after 60 years of marriage, we are not one. Obasanjo, Babangida, Buhari, Atiku, Wike, Tinubu, and all our leaders knew Nigeria was not one except for the deception of being leading politicians and the beneficiaries of Nigeria’s lopsided arrangements. What binds us together is the prosperity of the South, especially the oil wells in the Ijaw nation.

Nigeria is like women enduring the houses of notorious husbands waiting for their children to be educated before they breathe the air of freedom. I would not blame the people craving for separate nations. Suppose you look at how herdsmen and bandits are ravaging the country of the Benue, Yorubas, and Igbos and the war against the North itself with the killing of innocent farmers and people.

In that case, the most straightforward approach is to find an alternative nation and government that can protect her people. The fact the president is from the same region and profession as the herdsmen and his sympathetic approach to their killings to take away farmlands left much to be desired. The craving for a peace devolution of the 1914 marriage is tenable, except justice and equality can be restored.

As someone who has lived, travelled, and spoken in various countries and continents, I believe in diversity, and the world embraces that irrespective of the challenges. Consider what the Americans and the Europeans are doing. They will allow you to work and give you residence permits and citizenship if you don’t constitute a risk to others. If the ‘Oyinbos’ can do that, shouldn’t we leverage our diversity rather than dismantling it? If we further consider the inter-tribal marriages and families we had created from the union, shouldn’t we find a way to resolve our difference instead?

No doubt, the marriage shouldn’t have happened except for the inordinate ambition of the founding fathers to rule a larger entity. From history, Zik should be blamed and Awolowo, after the civil war. Those who relied on their intellectual power should be regret it in their graves. Even if we had not been forced to marry, we should be talking of amalgamation in trade and free movement of people that the development of the different regions would have ignited.

Imagine an industrialised Eastern Nigeria importing labour from the agriculturally rich North complemented by an intellectual Southwest strong in research and technological advancement. What a dream that has been replaced with a nightmare!

The first step to a new Nigeria is to stop the slogan ‘Nigeria unity is not negotiable. Nothing is non-negotiable. The different nations own their land, and no herdsmen or Islamification plan can succeed in Nigeria. Nigeria needs to renegotiate her marriage and co-existence. We should change the paradigm of unity by force instituted by the military and the entitlement mentality of a section of the country to power, position, and resource, which had impoverished the people and is now creating havoc for all of us.

The beliefs in forced unity and entitlement to power are the bedrock of failed nations if you check countries that had disintegrated in the past. Nigeria is on the verge of collapse, with no thanks to the current administration for its failed promises yet brags with impunity.

I would love to continue to be part of a big country, dress in diversified ways and travel to the North, East, South, and West of Nigeria only if no section of the country or no person will have a second-chance opportunity or be treated as a second citizen in their country. There are a few chances of uniting the country than going separate ways. Yet the best option is to restructure and renegotiate the geographical expression christened Nigeria by the British to avert bloodshed.

Who will lead us in the journey towards hope in Nigeria?