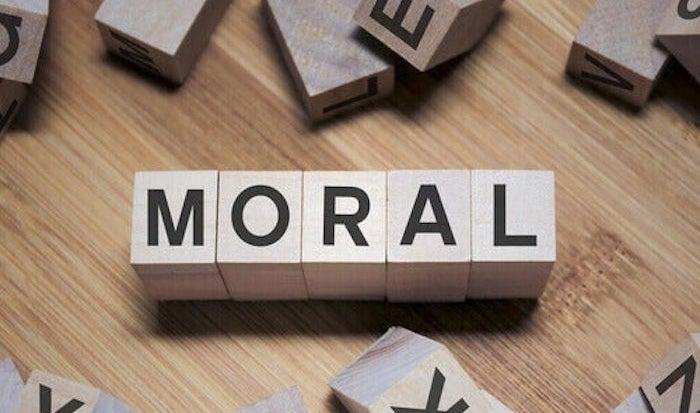 It was the scientific genius Albert Einstein who said, “Education is not the learning of facts but the training of the mind to think’’.

It’s hardly enough to put things in place or to merely make things available if you want people to actually make use of them. Rarely will human beings automatically adapt to an ‘’inconvenient’’ change without being directed to do so. Even then, consistent pressure must be applied if you desire to see any appreciable result. Examples that come to mind are public waste bins and Zebra Crossings. You must train people’s minds to use them otherwise it will amount to a complete waste of time and resources. I remember a vigorous campaign in the United Kingdom in the late 1970s to create enough awareness about the use of Zebra Crossings. It was so in your face and deliberately so too.

All television and radio stations carried the government adverts, so you couldn’t miss them, anywhere you turned. A generous use of billboards was also employed in the campaign. The message was loud and clear and it certainly sunk in. A similar approach was used for the “keep Britain clean’’ campaign. Who can forget the logo depicting an individual dropping his or her litter in the public dustbin? They knew it was necessary to educate their citizens on the need to use the waste bins provided, otherwise people would continue to drop litter on the floor even if there’s a waste basket just a meter away.

Sounds familiar? It infuriates me whenever I see people do that. Unfortunately for me, it’s still a daily occurrence in these climes. It’s not uncommon to see empty bottles being flung out moving vehicles, sparing no thought for the safety of otherwise, not to talk of keeping the environment clean. It was Lee Kuan Yew who correctly observed that if you want to achieve First World results, it’s not enough to merely provide First World infrastructure. It must be also accompanied with substituting Third World thinking with a First World mindset.

John Dewey, the highly revered American educationist, psychologist and philosopher was always quick to point out that schools exist for society and not just for themselves; therefore one of their primary objectives should be to advance the cause of their community and society. As a way of ensuring this duty is met and satisfied, he suggested a regular evaluation be carried out on their continual ability to achieve this. Call me an idealist if you will but I’m convinced if a similar quality assurance scheme was to be introduced in Nigeria, it would catalyse needful changes in the school system, which would ultimately produce more useful school leavers and graduates for the progress and wellbeing of the society.

In furtherance to this, John Dewey advocated that lessons ought to include ways in which teachers can help pupils to develop into individuals with the ability to translate moral concepts into concrete action. He warned educators not to make the mistake of assuming pupils will automatically transform into moral individuals just because they have learned in theory – moral, immoral and non-moral ideas. The ability and resolve to practicalise this knowledge can only develop and manifest through intentional character development. Concerning this Dewey said, “The kind of character we hope to build up through our education is one that not only has good intentions, but which insists on carrying them out. Any other character is wishy-washy, it is goody, not good.’’ In this same vein, he clarified the difference between knowledge or information and judgement. The first two are merely held but the latter is knowledge that is utilised to accomplish an end in mind. Understanding of morals is therefore only useful when it transforms the individual into a person of character, evidenced by his speech and behaviour.

The Nigerian National Bar Association recently did Nigerians proud by exemplifying in very practical terms, both the academic and moral impetus of education. They refused to sit idly by and instead did what they felt they could, to first call out and then register their association’s opposition to Governor Nasir El Rufai’s perceived dictatorial tendencies and failure to protect the lives, property and interest of a significant section of the Kaduna state’s demography. Through their National Executive Committee, they did this by withdrawing the invitation they had earlier extended to the Kaduna State Governor to speak at their 2020 Annual General Conference.

On behalf of the multitude of Nigerians who yearn for those principled and courageous enough to speak to power, I say “Thank you NBA” for demonstrating in very practical terms, the social focus of education. Truth is, one cannot remain on the side lines and yet expect change to occur. But then, a mind trained to think and not just to store up facts would know this.

Sometime in the future, one of your offspring who finds himself facing the same issues bedevilling us today may well summon up the courage to ask you, ‘’so what did you do?’’ When that happens, wouldn’t it be good to know you did the best you could?

The massacres will eventually go round

For leaders only: gut or intuition

A nation in turmoil, a president who doesn’t speak often & giving the monkey a…

A near-death experience and my Nigerian epiphany