Chasing a purple dragon: Are colonial reparations a good idea? 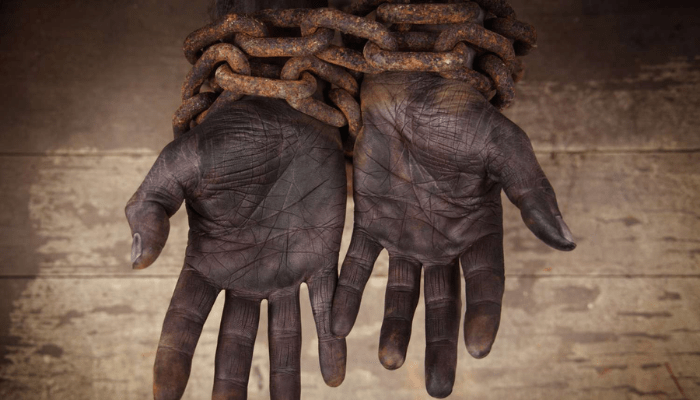 As the 2020 US presidential election approached 2 years ago, several Democrat contenders nailed their colours to the mast of an idea that only a short while before was considered politically untouchable. Long, the subject of impassioned political discourse in the US, reparations for slavery had again become a political hot-button, 11 years after the election of America’s first black president appeared to draw a line under it, to all intents and purposes.

Predictably, African politicians across the pond soon borrowed the discourse in their customary fashion and began flying a similar kite concerning the possibility of receiving reparations from European countries that once installed brutal occupying regimes, euphemistically known as “colonies” across Africa. From being little more than a fantastical idea discussed in Pan Africanist circles, it is now a bonafide political issue that is gaining real currency in many parts of the continent.

In 2022, should this be part of the political conversation, and what would we get out of it if it were?

No, reparations are not a fringe idea

Under the right circumstances, reparations are in fact a great idea, and the US for example paid out reparations to pretty much every group of people who have suffered institutional oppression within its borders, including Native Americans and Japanese-Americans. Except of course, African Americans – and that could be the subject of a whole article on its own.

So in case you clicked on this article expecting it to be a “reparations-are-an-SJW-wingnut-idea” type polemic, well, you can hit that ‘x’ button now. This is not that article. What this article hopes to achieve is to spell out why focusing on reparations during our current political era is a terrible idea.

It is not as if reparations on their own are not intrinsically desirable, and there are in fact a number of good things to be said about such payouts. Reparations often strengthen the economy significantly, and would certainly do so in the case of Africa, especially at a time when American and European quantitative easing has had an outsized negative effect on African economic and monetary stability.

Reparations would also be a powerful and overdue symbol of America’s commitment to undoing the horrendous wrongs and mistakes of its past. There is just one problem – it is never going to happen. The world right now is simply not the place where any serious politician with designs on winning their election can take on probably the single most contentious and divisive issue in the political discourse and make headway with it. It isn’t just politically unfeasible. It’s also a financial and economic non-starter, according to research cited by Newsweek.

University of Connecticut researcher Thomas Craemer recently published a report showing that reparations to Africa, if calculated to include the full extent of damage wreaked by slavery, colonialism and institutional racism on Africa and African diaspora populations, could add up to as much as $20 trillion. That is the size of about 1.5 US economies or about 10 times the GDP of the entire continent of Africa. Clearly, it is not just unlikely, but also manifestly impractical.

Reparations without reforms would be utterly superfluous

It is well-documented that every dollar earned by an African bounces within their national economy an average of 2.5 times. In contrast, every dollar in Europe or the US bounces anywhere between 5 and 12 times in the national economy, meaning that the African economy is significantly weaker and less efficient than developed economies.

Reparations would not address this, but would potentially even exacerbate it by dousing economically unprepared populations with cash that will promptly find its way back out via import consumption and spike inflation in the process

In Macroeconomic terms, African economies suffers from Dutch Disease, where their imports and consumption are not matched by their exports and production, with most of them being reliant on a single natural resource for export income. Reparations would not address this, but would potentially even exacerbate it by dousing economically unprepared populations with cash that will promptly find its way back out via import consumption and spike inflation in the process.

In fact, it should probably not be controversial to say that any politician pushing a reparations agenda without accompanying economic and judicial reforms to make it impactful, is actually working against the long-term interests of the constituents he or she purports to serve.

Rather than flying a kite about reparations that will never be paid in the near future, modern African politicians should focus more on reforms with far-reaching effects, primarily legal and economic. For example, fixing the pernicious tax policies that make it more expensive to produce in Africa despite Africa having more cheap labour than anywhere else, would be a great start.

Trimming down the size of African civil services and making government bureaucracies friendly instead of adversarial to businesses, is another major point of improvement. Instead of pursuing an unattainable plan to atone for the most heinous crime in recorded human history through cash payouts, candidates with a genuine interest in helping disadvantaged people should always look for ways to enable such people to compete on a level playing field with others.

A large number of Africans already show how competitive they can be on a daily basis, despite starting with nothing and effectively running uphill. Instead of pursuing a politically impossible agenda to douse people with money, sincere attempts at justice should instead ensure that the field is level for everyone. In other words, more of a well-considered policy, and less of populist purple dragons.