Aid and the hollowing out of a country’s institution: Lessons from Haiti 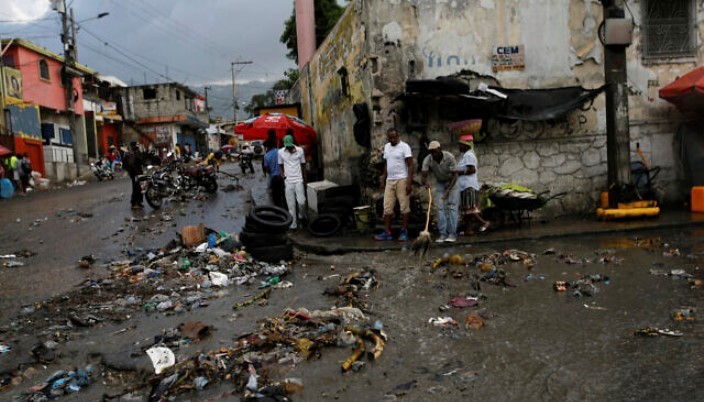 On January 12, 2010, a 7.0 magnitude earthquake hit Haiti, killing an estimated 230,000 people, injuring another 300,000, displacing more than 1.5 million people and virtually destroying critical infrastructure in the country. Conservative estimates of the damages put the cost at $7.8 billion representing about 120 percent of Haiti’s GDP at the time.

As expected, humanitarian aid flooded Haiti from governments, multilateral and private aid agencies. Over $13.5 billion of aid was donated in 11 years since the disaster. Expectedly, the massive injections robbed the Haitian government of legitimacy, destroyed its already weak institutions, destroyed many local businesses and generally distorted the local economy by pushing up wages, rents and prices.

To begin with, most of the donors did not trust the Haitian government or state and constantly bypassed it in the administration of the aid. They brought in foreign agencies and contractors to administer the aid, creating parallel governments and structures with zero accountability. Shortly after, in October of 2010, the Head of the United Nations mission in Haiti, Edmond Mulet, admitted the damage they were doing to Haiti by bypassing the government to administer aid directly. “We created this Republic of NGOs, almost 10, 000…And we have created parallel structures, in education, in health services, in all sorts of responsibilities that the Haitians should be assuming themselves.”

The magnitude and destruction wrought by the earthquake and the fact that it destroyed nearly two-thirds of hospitals in affected areas led to a massive influx of doctors, nurses and medicines from outside. Before long, local doctors and hospitals lost all their patients and with free drugs everywhere, most pharmacies too shut down. Local doctors, nurses and pharmacies were either absorbed by the coterie of agencies or contractors or became unemployed. The consequences for the country after the aid dried up was devastating.

Truth is, the international community only specialises in offering emergency aid and have no specialty or even interest in transitioning from emergency to long-term development for affected countries

Ditto for the agricultural sector. The massive influx of free foreign food upended local agriculture, cutting prices and driving farmers out of the farms. To make matters worse, the US used the aid programme to expand its export of rice to Haiti. Haiti was America’s third largest export market for rice. And with American policy of ban on direct assistance to industries that compete with American exports, the local agriculture industry suffered while American rice, poultry and sugar importers made a killing.

Truth is, the international community only specialises in offering emergency aid and have no specialty or even interest in transitioning from emergency to long-term development for affected countries. What happens is that countries and organisations providing the aid position their companies and personnel to be the biggest beneficiaries of the aid programme.

What ends up happening is that the aid programme creates a system based on NGOs and contractors that keeps the country artificially alive and doesn’t give the government any incentive to undertake necessary reforms. Predictably, the recipient country begins to retrogress and decay the moment the aid programme ceases and always finds itself in a worse place. With Haiti, all assessment shows that virtually all state institutions were hollowed out and were in a worse shape than before the aid.

Of course, one cannot also discount the influence of corrupt politicians and nepotistic elites who cash-in on the misfortunes of their countries to enrich themselves, entrench and secure their various selfish positions.

After more than 200 years of struggling with foreign interferences and foreign-installed or sponsored dictators, Haiti was gradually and successfully navigating the democracy curve with a series of successful democratic elections before the earthquake struck in 2010 and every progress was reversed.

President Jovenel Moïse came to power in 2017 on the back of a contested election that saw only 18 percent voter turnout. He casts himself as a populist leader that is fighting for Haitians against the oligarchy that is running Haiti, but as is often the case, these populist leaders do the most damage to their countries. In 2019, an internal government investigation found that millions of dollars of aid money had disappeared under Moise’s watch. There was no investigation and no accountability. The country has been wracked by protests since.

Worse, President Moise despised all institutions of accountability and set about dismantling all government institutions that competed for power with him. In 2020, Parliament’s term expired and he refused to call an election. He’s basically been ruling as a dictator since then.

President Moïse was also embroiled in a huge political dispute with the opposition over the expiration of his term in office. On February 6, the Supreme Court ruled that Moïse’s term had ended that day, counting the president’s five-year term from 2016. The next day, one of the judges was arrested and jailed for conspiring against the government. The UN Office of the High Commissioner for Human Rights described the arrest and detention as “unlawful and arbitrary.” Not done, on February 8, three justices of the Supreme Court were sacked and three new judges were appointed without following procedures established in the constitution.

The next month, Moise announced plans to write an entirely new constitution that will restructure the country and give the presidency new and greater powers. Interestingly, he handpicked all members of the constitution drafting committee without any input from anyone else.

All these were happening as the economy was crumbling. According to some estimates, some 60 percent of Haitians are unemployed, half of the country is facing severe malnutrition and kidnapping and crime are becoming the only business available to many people.

The hollowing out of Haiti’s institutions finally caught up with president Moise. On July 7, about 50 gunmen stormed Moise’s house at the outskirts of the capital, Port-au-Prince, shouting ‘D.E.A, D.E.A’ (American Drug Enforcement), walked passed the hundreds of presidential guards there without firing a single shot, entered Moise’s bedroom, shot him to death, injured his wife, walked out and left the scene without a single shot being fired by the guards.