Young companies say goodbye to the ‘department of No’. Plus: five general counsel that stand out for a start-up mindset 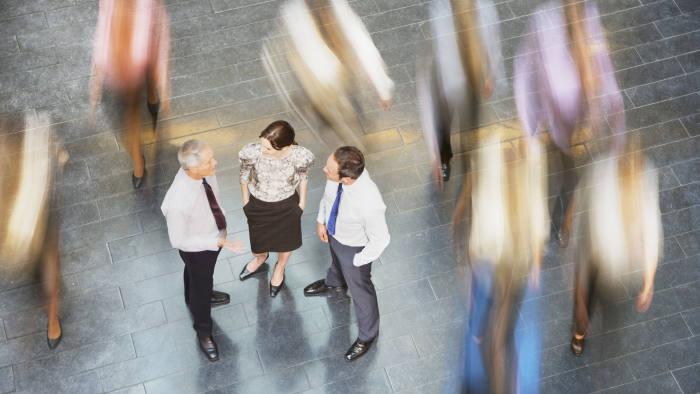 Three qualities top Chaman Sidhu’s list when she is hiring for her in-house legal team: collaborative; accepts failure when taking risks; and understands nuance — “an ability to work in the grey”, as she calls it.
“People might think they want to work for an exciting tech company, but if their legal style doesn’t meet those needs, they will never thrive,” says Ms Sidhu, general counsel at Xero, a New Zealand-based accounting software company.

The requirement to take risks and to keep pace with fast-growing companies can be hard to hear for traditionally trained lawyers. But those attributes are crucial for lawyers working in ambitious young companies — and for any in-house legal team in a business that prizes innovation.
Founded in 2006, listed on the Australian Securities Exchange, and with a workforce of 3,000, Xero has nevertheless kept its collaborative start-up culture, says Ms Sidhu, who is based in Melbourne. The legal team must fit in with that.

“That’s not always the way legal teams are seen,” she says. “There’s the stereotype of the department of ‘No’.”
A start-up general counsel requires a particular mindset, says Oscar Hallen, at Sweden’s Klarna, which has grown from an online payments business started in 2005 to one of the world’s largest private fintechs. “You have to be a person for whom change comes naturally — you don’t get worried when you get curveballs,” he says. The decision to expand into a new territory, for example, might come more quickly than you had anticipated — Klarna has steadily expanded out of its Nordic base into 17 markets.

Having to move fast and support innovation makes the traditional model — in which matters are escalated according to protocol — impossible, he says.
Mr Hallen’s ability to adapt quickly to business challenges has roots in his unconventional career. Writing speeches for a Swedish prime minister, managing corporate affairs at Microsoft, and giving legal counsel to stakeholders at a private equity firm, Altor Equity Partners in Stockholm, were valuable preparation.

Most law schools teach risk in a binary way — that you can do something or you can’t — and that just doesn’t work in a start-up
Adam Sterling, Berkley Center for Law and Business
As start-ups move from scrappy outfits to more established businesses, general counsel have an opportunity to work closely with the business strategy. But they must be willing to entertain calculated risks.

“Start-ups require you to be . . . laser-focused on what risks can be taken, as opposed to being focused on eliminating risk,” says Chantelle Zemba, general counsel at online food delivery service Deliveroo in the UK. The company is a pioneer of the gig economy and then of the rollout of delivery only kitchens — so-called dark kitchens.
“Most law schools teach risk in a binary way — that you can do something or you can’t — and that just doesn’t work in a start-up,” says Adam Sterling, executive director of the Berkeley Center for Law and Business. “It’s about understanding the magnitude of the risk, the cost of addressing it now versus later.”

Mr Sterling established the Startup@BerkeleyLaw programme to help founders and their teams understand the legal, finance and operational challenges they face. Alumni include James Silva, founder of ConciergeBot, and Kimberlie Le, co-founder of Prime Roots, a food company.
“Most start-ups don’t bring on a full-time lawyer until they’ve raised hundreds of millions of dollars and have many employees,” he says. Even then they often hire a lawyer just to manage commercial contracts, rather than an in-house general counsel.
Saying No is easy — we expect our lawyers to tell us how something can be achieved
Knut Frangsmyr, Klarna, on the fintech’s general counsel
Yet in-house legal expertise provided by someone who really understands the business early on is important, he says. It may even help founders avoid mistakes that could be more expensive later on.

At the same time, tensions can arise, particularly in businesses that grow quickly around a founder with a strong personality. Tesla, for instance, has had seven general counsel in the past 10 years.
The cult of personality gives such founders a level of power they would rarely enjoy in a public company, says Mr Sterling. That requires the general counsel to “manage up”.

Some start-ups struggle with handling legal complexities as the business grows, because they try to act as fast and as nimbly as before. “That’s where legal can play a role — encouraging speed but not haste,” says Ms Sidhu. “You might have a negotiation happening in the UK with an external provider, the legal team in the UK, a data team in New Zealand, a procurement team in Denver . . . It’s not a situation of conflict, it’s needing to find ways to collaborate.”

Being an in-house lawyer involves so much more than just technical laws, she says.
This approach has wider implications for the evolution of legal teams. As companies of all types prize innovation more, general counsel have an opportunity to play an active role in business strategy. “Every business can benefit from their in-house legal team being strategic advisers,” says Ms Zemba at Deliveroo.

Working with the executive team on solving problems is important, says Ms Sidhu. “That gets legal teams to the table — they’re seen as collaborative partners”.
Five of the best general counsel for high-growth young companies
The following stand out for their ability to build and lead legal teams.
Profiles compiled by RSG Consulting and FT editors

Nitin Banerjee
Ola
General counsel
India-based technology company Ola is best known for its ride-sharing app Ola Cabs, which in 2018 launched in overseas markets, including Australia and the UK. After noting the difficulties regarding licensing, regulation and data privacy faced by rivals, such as Uber in London, it has designed a process to ensure passenger safety and organised training for its drivers. Nitin Banerjee’s team has been central to the company’s expansion, incorporating software for contract and governance management that can be used by staff across the business, enabling the legal team to focus on strategic work such as lobbying for differential voting rights in high-growth companies, or liaising with the central bank on processes for India’s growing digital payments sector.
Chris Fox
Kambi
Chief legal officer
To support the gaming tech start-up’s fast growth and plans to take advantage of newly liberalised laws on sports betting in the US, Chris Fox has built a legal team of substantial and diverse expertise. As a member of Kambi’s executive committee, his background as a strategy consultant helps him deliver commercially astute advice. Chief executive Kristian Nylen says the legal team helps Kambi enter new markets ahead of rivals while operating with “complete peace of mind when it comes to regulatory matters”.

Oscar Hallen
Klarna
General counsel
Oscar Hallen’s experience as a political speech writer, including for the prime minister of Sweden, was a fitting start for the general counsel of Klarna, a fintech that aims to keep several steps ahead of the sector as a whole. Chief operating officer Knut Frangsmyr says Mr Hallen is valued for his ability to spot business opportunities as much as for his legal insights. “Saying No is easy — we expect our lawyers to tell us how something can be achieved,” he says.
Mr Hallen has focused on expanding the legal team in a way that supports Klarna’s growth. That includes putting lawyers into product teams so they are on hand to provide ready guidance.

Rob Miller
Skyscanner
Chief legal officer
An archetype of start-up general counsel, Rob Miller enjoys the challenge of fast-growth environments and of dealing with risk. His career history spans video-calling app Skype, delivery service Deliveroo, and King, the creator of video game Candy Crush. Noting that SkyScanner’s sustainability strategy, which includes partnerships for carbon offsetting, will be challenged by the coronavirus crisis, he says: “In times of adversity, as an individual and as [chief legal officer] you really prove your worth.”

Chaman Sidhu
Xero
General counsel
Chaman Sidhu has doubled her legal team at the accounting software business in the past year to 22. It reflects the significant expansion of the company, which enables smaller businesses to manage their accounts efficiently and inexpensively. Lawyers are deployed on management teams throughout the company to develop a deep understanding of business needs and how to communicate without using legal jargon.