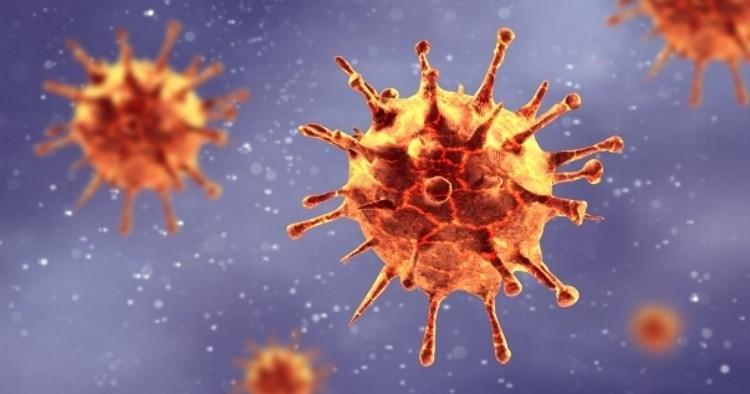 A few months into juggling work and caring for two school-age children, a female finance executive based in Dublin narrowed her ambitions down to a single bullet point: “Just survival”.
“This has been the hardest time as a working mother,” she writes, responding to an FT callout asking women to share experiences of how pandemic life is affecting their career progress.
The pull in two directions between work and home is exacerbated by the lack of childminders and a cleaner. She describes feeling unsupported by senior colleagues who have a stay-at-home partner. “The word ‘understanding’ is not part of finance,” she says, adding that while “the policies are all there, beautifully written” the reality is “the work has to get done and to the same standard — period”.

Her husband has some of the same pressures, but when he brings their children on to a video call, it is deemed adorable. There is no chance she would do the same. “Career suicide.” When we catch up a few weeks later, she says things have “calmed down” — but she still feels at a disadvantage.
Her experience, echoed by other women who contacted the FT, falls far short of the inclusive workplace that many employers say they aspire to become. Before the pandemic, women had benefited from longstanding efforts to increase their representation at mid and senior levels.
Statistics and empirical research already suggest that women are being disproportionately hurt by the pandemic’s economic fallout. Sectors employing high numbers of women have been badly affected, notably hospitality and leisure, which accounted for 7.7m of the 20.5m jobs lost in the US in April, when the pandemic took its heaviest toll on employment, according to data from the US Bureau of Labor Statistics.

Allyson Zimmermann, executive director at Catalyst Europe, a non-profit that advocates for women at work, says the pandemic is “amplifying inequality”. Catalyst research in the US found that one in three jobs held by women is considered essential, a higher proportion than for men, and that women of colour are the most likely group to hold an essential job. These jobs are often low-paid and without sick pay.
One woman working in finance confesses to feeling indulgent for fretting about her career when she is taking food to parents in her son’s class who have lost their jobs. But her fears, and those of others, are acute as they contemplate a future where ambition and career plans become a fantasy. Or, as another financial services worker puts it, might post-Covid be a world “where we go back to the 1950s with a primary caregiver and a wage earner?”

Read also: Safeguarding our communities through the COVID-19 pandemic

Many fear new effects as the crisis drags on. Despite the impact of Black Lives Matter protests, and companies’ statements of support for diversity and inclusion, financial pressures could lead to these programmes being sidelined. And as teams are redeployed to deal with market changes, temporary jobs are filled without transparency. One man observes “a cultural bias towards seeing leadership in a crisis as requiring male attributes. Nonsense, of course, but there is a bias at work which feeds this perception.”
Now that some workers are returning to offices, there are fears of a two-tier workforce as those with domestic duties are likely to remain very much “out of sight, out of mind”.

Deutsche Bank US chief executive Christiana Riley, who found herself alone with two school-aged children outside New York while her husband waited out the pandemic in Germany, admits it’s a concern.
“We’re going to be very clear throughout this period of phased return that there is no distinction between someone who’s in the office or out of the office — they’re equally able to do their job and be part of the team,” she says, adding that she has been impressing a “family first” mantra across her senior management as staff cope with a “very unusual and potentially very stressful situation”.
The optimists see this period as encouraging men to take on a greater share of domestic tasks and demanding enlightened work policies. A survey this month by Quantum Metrics, a behavioural analytics company, found that 60 per cent of men strongly agree that working remotely will improve women’s ability to advance to higher levels of business in the future.

This sunny view is not shared by activists who have seen how the pandemic is playing out in workplaces. Joeli Brearly, of Pregnant Then Screwed, a campaign group, says pregnant women are worried about their safety at work. “They know they have legal rights but they are too scared to use those rights as the labour market is so tricky.”
She adds that women’s enhanced protection from redundancy on maternity leave does not extend to the period when they are pregnant, or when they return from maternity leave. Campaigners fear pregnant women and new mothers will be first in line for job losses.
One mother of two who works in the energy sector in London, is concerned that “against the backdrop of headcount freezes and having to re-justify each role, women take a backward step. I will have to lobby and fight to get cover for [women on maternity leave] to the point that makes me reluctant to want to hire more women at the child-bearing age — that is painful to say out loud.”
One mother of two who works in cyber security was made redundant while male peers were retained. “My job search now focuses on opportunities that are more remote, less travel, and sacrificing job responsibilities; lower expectations [but] hoping to move up the ladder again,” she says.
The effect of long-term school closures

School closures, which according to Unesco have affected 1.5bn children across the world, have created sharp divisions within the workforce. The Institute for Fiscal Studies found that UK mothers are combining “paid work with other activities — almost always childcare — in 47 per cent of their work hours, compared with 30 per cent of fathers’ work hours”.
Or, as one London-based self-employed woman puts it: “When we are both working the onus is usually on me when it comes to home schooling which I am managing alongside my work.”
Lorelei, a New York-based financial services worker with a three-year-old and six-year-old, says that in normal times she and her partner maintained a “delicate balance of full-time childcare, after school programmes, sitters and shared parenting”. Now, they juggle 12 hours a day of work meetings, calls, first-grade assignments, arts and crafts, virtual play dates and tantrums. “It’s completely unmanageable to deliver even a fraction of the work product I’m used to. I can’t spend any time reading, thinking or planning. It’s making me question my skills, relationships and role on the team. I’m anxious and overwhelmed, frazzled and disjointed.”

Another woman says several of her friends have decided that dual income New York City lifestyles are not sustainable. When the pandemic is over, they are moving to their home states, where one (probably the man) will work and the other can be on hand for family duties.
Non-traditional family units feel the burden more acutely. “The conversation around working parents during lockdown as typically focused on ‘the gender split’ in the home — which is challenging in itself for both solo parents and same sex couples alike,” says Sera Holland, co-founder of the Fawnbrake Collective, a strategy and innovation consultancy.

Arlie Hochschild, author of The Second Shift, the groundbreaking 1989 book that shone a light on working women’s domestic load, says “while a lot more married men are sharing the second shift now than did in 1989, a lot more men aren’t living with the mothers of their children — that is we have a rise in single moms on whom the full burden of kids in shutdown schools now lands.”
Lorelei says most colleagues cannot empathise with a parent looking after small children while working full-time. “The divide that already existed and had affected my experience in the workplace is now [widening].” She worries that this will count against her in career appraisals. “I need to take this time off, completely, and in a more just world, it would be offered to me and my role would be readjusted when the danger subsides. I already feel penalised and invisible when my colleagues complain about boredom and claim business as usual — just remote.”
Elise Neel, vice-president of new business incubation at Verizon, says companies must discuss in advance “how we adjust mid-year reviews to take into consideration disrupted productivity due to parenting responsibilities”.
And the US academic Joan Williams, founding director at the Center for WorkLife Law at UC Hastings, says if workplaces call people back before childcare is ready “it will be a tremendous engine of increased gender inequality. This could have a negative impact on women’s employment prospects”.

One solution is a uniform work-from-home policy such as that announced at Twitter, which is going to allow permanent homeworking, and Google, which is allowing staff to stay at home until the end of the year, so that women do not have to make a case to stay away from the office.
Is there an upside?
Research by the US National Bureau of Economic Research found grounds for optimism, suggesting “businesses are rapidly adopting flexible work arrangements, which are likely to persist. [And] there are also many fathers who now have to take primary responsibility for childcare, which may erode social norms that currently lead to a lopsided distribution of the division of labour in house work and child care.” Prof Williams agrees: “What has held back telework for decades is a failure of imagination that was remedied in 10 days. We knew it was totally possible but it took a pandemic for people to try it.”

Some have found the experience positive. The female head of learning at a financial services company says that prior to the pandemic her “husband travelled a lot and a lot of the childcare fell to me. There’s more awareness of what it takes to look after a house.” One father suggested the pandemic had, temporarily at least, dismantled some of the cultural barriers to women’s advancement in the office like “boys’ club” drinking nights, sports activities and business travel — which the primary carer might decline.
Cindy Rampersaud, senior vice-president, Btec and Apprenticeships at Pearson UK, says this period has opened up discussions about women and work in her networks, including WeQual, an executive group, and has enabled managers to “see a more human side of people — they talk about their lives, it allows you to build relationships in a different way”.

Jane van Zyl, chief executive of UK charity Working Families, has been heartened by some employers’ support for parents and carers during the crisis. She cites retailer Superdrug’s paid leave for any employee not able to work due to childcare challenges or living with vulnerable people, as well as law firm Linklaters’, “Ideas Pathway” campaign to crowdsource ideas for occupying and educating young children.
And she offers a note of hope: “There’s no going back to business as usual after Covid-19. It’s important that employers start prioritising flexible working . . . if they want to be resilient in the future.”