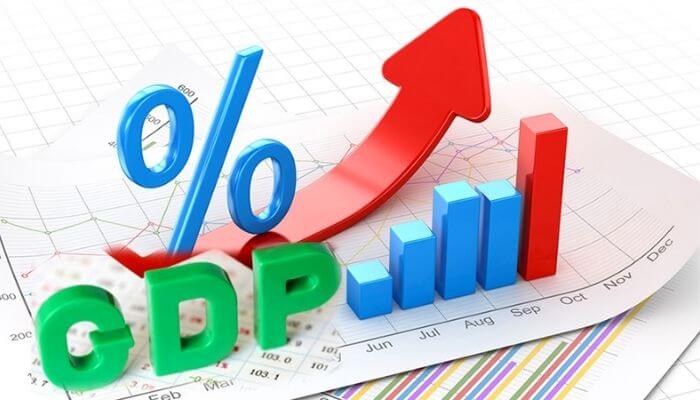 The Nigerian economy showed signs of resilience in the face of the global headwinds occasioned by the Russia-Ukraine war as it expanded at a faster pace in the second quarter compared to the previous quarter, beating analysts’ estimates.

Africa’s biggest economy grew by 3.54 percent in Q2 2022, compared to a GDP growth rate of 3.11 percent in the previous quarter, data released by the National Bureau of Statistics (NBS) last Friday show.

Analysts at London-based Capital Economics said GDP growth in Nigeria picked up as woes in the oil sector eased and the non-0il economy held up well.

“The outturn was stronger than our forecast for a 1.5 percent y/y expansion, as well as the Bloomberg consensus estimate for growth of 2.9 percent y/y,” they said in a report. “We expect the drag from the oil sector to diminish further in the coming quarters, but the recovery outside of the oil sector is likely to lose steam, weighing on headline growth.”

“Pleasantly surprising to analysts was the sharp increase in real GDP growth to 3.54 percent… From an analytical point of view, one data point increase does not mean a trend but suggests that the economy could be on a mend,” they said.

At a time of a general slowdown in global growth, a spike in Nigerian GDP is good news for investors and creditors, they said.

“However, the question on the minds of most analysts is why this blip or spike? While there is enough reason to cheer, it also calls for a moment of sober reflection.”

According to them, the sectors that expanded in the period under review are not the ones that have the greatest employability.

“Hence, it will have a minimum impact on unemployment, which is stubbornly high at 33 percent. Some of the sectors that contracted (rail transport and livestock) are the ones that are labour-intensive,” the FDC analysts said.

The surging energy prices caused Nigeria’s headline inflation to rise to 19.64 percent in July, its highest level in more than 16 years. Soaring inflation has forced the Central Bank of Nigeria to raise its key interest rate by 250 basis points this year to 14 percent. This was expected to increase the cost of borrowing with the resultant negative impact on the growth of small businesses, which contribute about half of Nigeria’s GDP.

“Spillovers from the war in Ukraine are increasingly likely to bite and distortionary FX policies will weigh on activity as well. That will only be partially offset by looser fiscal policy ahead of elections in early 2023,” Capital Economics said.

The global economy is facing high energy prices caused by the Russia-Ukraine conflict, which began on February 24. The two countries in conflict are regarded as part of the global food basket. Nigeria’s Bonny Light is not left out of the global oil rally as its price surged to $104.95 per barrel as of August 25, 2022, representing an increase of 31 percent year to date.

But Nigeria has little to show for the crude oil rally due to low oil production and rising petrol subsidy burden. The country’s oil production averaged 1.43 million barrels per day (bpd) in Q2, compared to 1.49 million bpd in Q1 2022, according to the NBS.

In July, the US Federal Reserve raised the interest rate paid on reserve balances to 2.4 percent. The benchmark overnight borrowing rate was raised to the range of 2.25 percent to 2.5 percent. In early August, the Bank of England raised its monetary policy rate to 1.75 percent in order to meet the 2 percent inflation target.

The effects of the above actions on Nigeria caused FX volatility as the naira came under pressure, depreciating to as low as N710/$ at the parallel market in July.

“Nigeria’s growth rate of over 3 percent is sustainable. The oil sector may not be contributing much to GDP now, but if we consider that sectoral contraction in the second quarter was less server compared to the first quarter, and added to the recent moves by the federal government to address oil theft in the sector, we are likely to see significant improvement in the oil and gas sector in third and fourth quarters of 2022,” Tajudeen Ibrahim, senior analyst at ChapelHill Denham, said.

Moses Ojo, a Lagos-based economic analyst, believes the growth is not sustainable, noting that the Nigerian economy recorded a higher growth rate in Q2 2021.

“In my own view, the momentum is not sustainable in the short to medium term. Besides, the fact that the indicator is on a downward trend, other factors that are not in favour of the sustainability of the high rate are high inflation, possibility of a hike in the policy rate, persistent insecurity in the nation, and continuous depreciation in the value of the local currency, the naira,” Ojo said.

Further analysis of the GDP data showed that Nigeria’s economic growth was driven mostly by a pickup in economic activities in the non-oil sector, which contributed 93.67 percent to the nation’s GDP in Q2, higher than 93.37 percent in Q1. The woes in the oil sector continued as the sector’s contribution to the GDP fell further to 6.33 percent from 6.63 percent.

The contribution of industries to the GDP fell to 19.40 percent down from 21.47 percent in Q1.

“The second quarter was the pivotal moment of the Russian-Ukraine war, spike in diesel prices, currency crisis and monetary tightening. However, there is a time lag between events happening and the transmission effects. Hence, the real impact of these events will be felt in Q3,” the FDC analysts said.