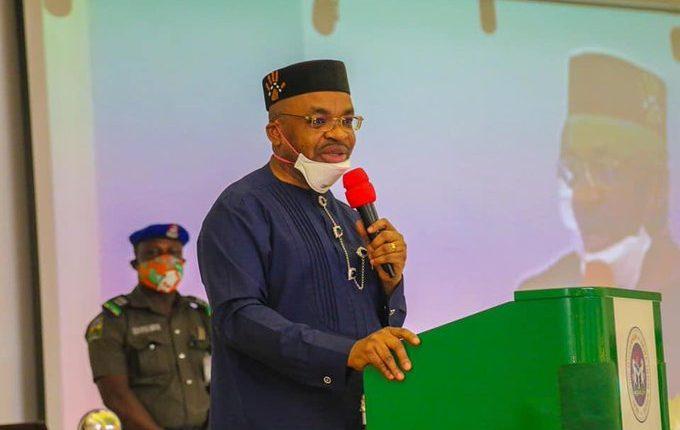 Akwa Ibom State is groaning over its dwindling revenue as the federal government has withheld the payment of the 13 percent derivation fund which accrues to oil-producing states as guaranteed in the constitution and had been in practice since 1999.

Akwa Ibom is one of the major oil-producing states and the bulk of the revenue it earns comes from federal allocation and the 13 percent derivation fund.

Government sources who disclosed this in Uyo, the state capital during the weekend that it is more than four months since the federal government stopped the payment of derivation fund apparently due the coronavirus pandemic adding that it is telling on the ability of the state government to complete many of its projects.

According to the source, though it is hopeful that the fund would be restored ‘when the economic outlook improves, the sorry state of funds has manifested in a number of road projects being suspended or abandoned. Some of the road projects abandoned or put on hold include the construction of the ring road 111 which the state government started constructing last year and the multi-million naira flyover project along Abak Road in the heart of Uyo, the state capital which has since been abandoned. Several other roads including ring road 2 from Aka road to Abak road has also been abandoned.

In June, the state government was said to have received N11 billion from the federal government as its share of the federal allocation, less than half of what it used to receive before COVID-19.

According to the Debt Management Office, its domestic debt stands at N239.2 billion as of June 2020, the third in the country after Lagos and River states. There have been reports that a major construction firm in the state has threatened to downsize its workforce due to the nonpayment of the debt owed by the state government.

“We are groaning, many of the projects have been suspended even the celebration marking 33rd anniversary of the creation of the state is virtually suspended,’’ one top government official said.

In a message canceling public gatherings to celebrate the 33rd anniversary of the creation of Akwa Ibom State, Emmanuel Ekuwem said Governor Udom Emmanuel has approved there should no celebration saying the decision was taken in the interest of public health and safety of the citizens of Akwa Ibom State.

“Sources said the cancellation of the state’s creation anniversary apart from being to safeguard the health of the people may not be unconnected with the cash crunch that the state government is facing.

‘The health, lives, and wellbeing of Akwa Ibomites must be prioritized over any celebration,’’ the statement added,

Meanwhile, Ita Enang, senior special assistant to the President on Niger Delta Affairs has called for a constitutional amendment to ensure that the 13 percent derivation paid to oil-producing states does not go to the Governors but to oil-bearing communities directly.

Speaking during a webinar on “Resolving the host communities question,’’ he said the governors of the oil-producing region have not been kind to the residents of their various states by allegedly diverting the 13 percent funds meant for the development of the area to unjustifiable ventures.

“The Governors have not been kind to the Niger Delta. I want to ray that the National Assembly should amend the Niger Delta Development Commission Act and the constitution so that the 13 percent derivation does not go to the Governors.

“It should go to the host communities and targeted at the development of these communities. This is because the Governors use the 13 percent derivation to buy aircraft. They should use the money to develop and build many houses.”