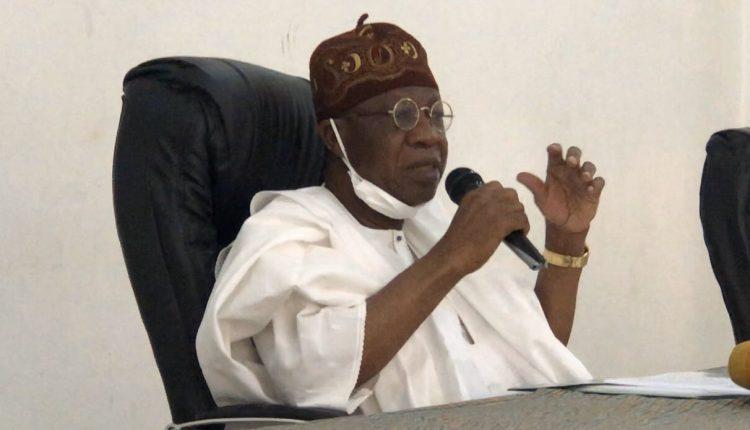 Minister of Information, Lai Mohammed is said to have promised to intervene in securing about N10 billion stabilization bailout fund for the Nigerian media as requested by Nigerian Union of Journalists, NUJ.

This consideration, according to Chris Isiguzo, President of Nigerian Union of Journalists,  was the outcome of a meeting between the minister and the executive members of NUJ recently.

Isiguzo told BusinessDay that the media is further asking that the fund when released, perhaps through Central Bank of Nigeria, CBN be at free interest rate or minimal interest.

He believed that the fund, when made available to the media at very low interest rate would substantially cushion the economic challenges faced by the industry,  a situation worsened by the Covid-19 pandemic.

It would be recalled that NUJ had in mid of May, 2020 written a letter to  President Buhari asking for bailout fund for the media industry where some operators are already downsizing due to the harsh effects of the economy.

Certainly, many of the media organisations in Nigeria are experiencing hard times, high operational cost with many months of unpaid salaries occasioned by difficult economic environment, exacerbated by Covid-19.

In the letter addressed directly to  President, Muhammadu Buhari, the union requested for urgent intervention of Federal Government to arrest the unfortunate trend considering the role of the media in nation building.

Cultural relevance and ‘relatability’ in advertising

Independent System Operator: Exploring its Dynamics in the Current Ailing Power Sector (I)