Coronavirus: The World is at war

… Only prepared nations will win 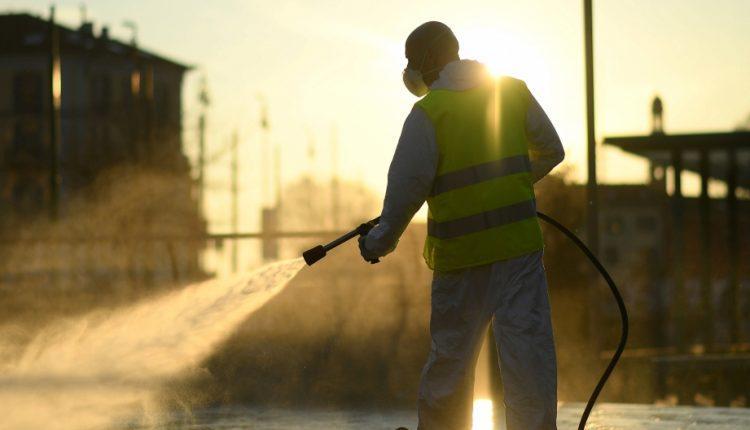 Expressing worry over the rising death toll across the world, necessitating travel bans and border closures, a Nigerian organisation, Akin Fadeyi Foundation says “For the first time since after the second world war, the whole world is facing an anomalous challenge containing the deadly COVID-19. The virus was declared a pandemic by the World Health Organization following the high number of reported cases in China, Italy, Iran, Spain, Germany, S. Korea, France, US, UK and other countries, with a current record of over 8,000 deaths and 219,000 reported cases”.

To fight this ‘’invisible, elusive enemy’’, countries have taken measures that will perhaps affect their economies. Some of the measures, Macron says were ‘unprecedented but circumstances demand for them’.

While some have buffers to sustain the economic impact of the measures, others will be hard hit.

It is interesting while developed and developing economies are taking similar steps to slow the progress of the disease, such as travel bans, border closures, tightening restrictions on freedom of movement, suspending economic reforms and suspending international flights, closing shops, other countries are struggling with the over 45 percent fall in international oil price, below $30 per barrel occasioned by the global war on coronavirus and exacerbated by Saudi Arabia and Russia price battle.

Some countries such as Russia with $150 billion national wealth fund have shown confidence to withstand low oil prices and possible border lock down due to coronavirus for years but others like Nigeria with $32 billion external reserves may not display such assurance.

Nigeria with about 200 million population and oil accounting for about 95 percent of its exports revenue has shut itself from the world with closure of its international airports to flights. This includes both passenger and cargo flights into the country to checkmate the coronavirus. The country is also struggling with adjustments on its 2020 budget which relied on $57 per barrel estimate.

Nigeria is import dependent economy. The country‘s imports stood at about $23 billion as at 2018. The imports include fuels, machinery, vehicles, electrical, cereals and iron and steel. This figure according to government officials shows a drop from previous years due to various government interventions.

Nigeria is still theorising with economy diversification to obviate shocks from international markets while other countries have prepared in time of peace for this kind of coronavirus and oil price war.

It is expected that when the war is over, countries like Nigeria will take critical measures and reforms to regain lost economic grounds.

After 70 years, Mandilas is repositioning to meet new market…

Out-of-Home industry takes decision not to sack staff over…