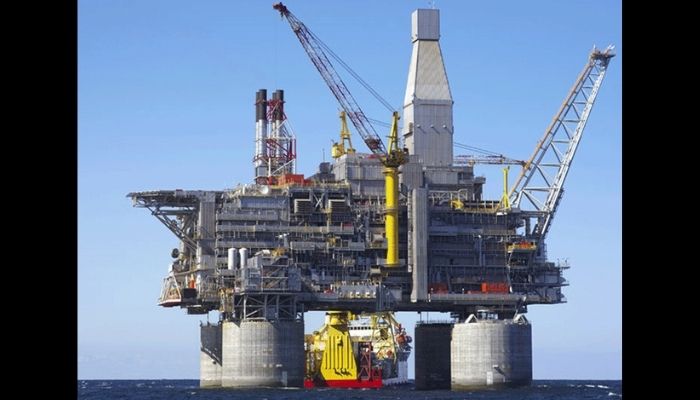 Nigeria’s oil and gas sector struggled for survival in the first half of 2022, despite surging crude oil prices and the current reconfiguration of the global oil market.

On 24, February 2022, the world woke up to the news of the Russian invasion of Ukraine. As a result, global oil prices skyrocketed, rising from about $76 per barrel at the beginning of January to $130 per barrel in March.

Nigeria earned less cash than planned in the first half of 2022, an early sign that government revenues are set for a seventh straight year of underperformance despite oil surging as much as 50 percent from the start of 2022 and averaging $123.45 per barrel in June.
For the first time in the country’s history, the first six months of 2022 showed a $100 oil price means little or nothing owing to the petrol subsidy burden and low oil production.
“Poor economic choices by the government and a snail pace movement in the implementation of the Petroleum Industry Act have marred the first half of 2022 for Nigeria’s oil and gas sector,” Ola Alokolaro, partner, energy and infrastructure at Advocaat Law Practice, said.
The low production meant that the inability of Nigerian National Petroleum Company Limited to carry out its statutory obligations to the federation continued for the fifth consecutive month in May, with the firm recording an N845 billion deficit.

Experts said the country’s maintenance issues are often blamed for Nigeria failing to pump as much crude as it could, but chronic funding shortfalls are as great a long-term concern, delaying new projects and depressing output.
“The oil and gas industry is off to an interesting start in 2022 with the increase in oil prices. However, Nigeria needs to fix its infrastructure deficit to enable the country maximise the increase in both prices and production quotas,” said KPMG, a multinational professional services network.

On the companies and market scene, Nigerian oil and gas company Seplat made the headlines in the first half of this year when it announced that it would acquire the offshore shallow water business of ExxonMobil in the country for $1.2 billion.

In an analysis, Wood Mackenzie, a global intelligence provider that empowers decision-makers with unique insights on the world’s natural resources, lauded the deal, saying it was a win-win for Seplat, ExxonMobil, and the Nigerian government, offering huge upside for oil and gas.

The federal government, however, declined consent for the deal, citing overriding national interest as one of the reasons for rejecting the deal.

“In the first half of 2022, NNPC has not only misfired but is also overreaching itself, playing up those needless interferences that discourage investors. It should retreat,” Josiah Adewale, energy analyst at Sofidam Capital, said.

Data from the National Bureau of Statistics show that foreign capital inflow into the oil and gas sector accounts for 0.04 percent of fresh foreign investments into the Nigerian economy in 2022, compared to the banking and production sectors contributing 52 percent and 14 percent respectively.

The government’s data showed the total value of foreign capital attracted by the petroleum industry in the first three months of 2022 was also 7 percent higher than the $57 million in foreign capital imported into the sector in the corresponding period last year.

In the downstream sector, the NNPC remained the sole importer of petrol because the retail price capped at N162 per litre will not guarantee commercial returns to marketers who will pay a higher landing cost.

NNPC data show that it spent N1.2 trillion on petrol subsidy from January to May this year, more than half of what it spent in the whole of 2021.