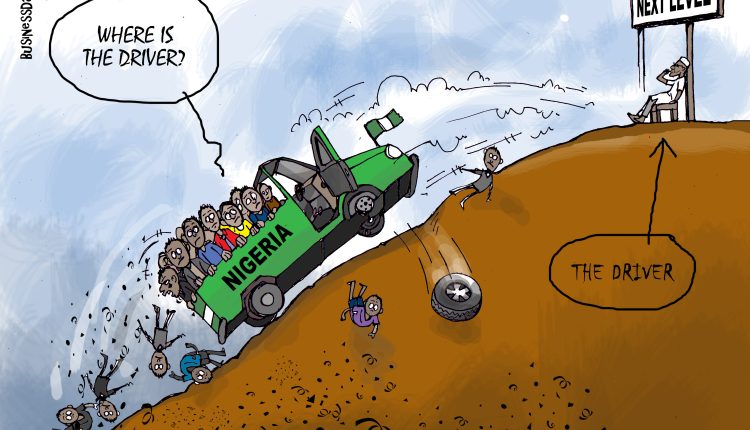 The Nigerian economy is expected to see a further slowdown in the second half of this year as it grapples with a mounting number of headwinds threatening to exacerbate the country’s poverty and unemployment levels.

Stakeholders and analysts across various sectors who spoke to BusinessDay in separate interviews painted a bleak second-half outlook for the economy.

They based their projections on the performance of major indicators in the first half of the year, including real GDP growth rate of 3.11 percent in the first quarter, inflation rate at 17.71 percent as of May, fiscal deficit, naira depreciation, rising insecurity and electioneering that has now taken the centre stage ahead of the 2023 elections.

They said inflationary pressures would spike further on account of the actions recently taken by the United States and European Union on Russia.

“If you look at the macroeconomic environment in the first half of 2022, the key indicators have not been very good. Take inflation, for instance, it has been on the upward trend and has had serious effects on the economy. The cost of production and the purchasing power of the people have been affected,” Muda Yusuf, chief executive officer of Centre for the Promotion of Private Enterprise, said.

He said exchange rate volatility caused by illiquidity in the foreign exchange market, negative balance of payment, inability to execute reforms in the oil and gas sector, and high fiscal deficit supported by huge borrowings, among others, have had devastating effects on the economy and investments.

Nigeria’s public debt stock rose by N2.04 trillion in the first quarter of this year to N41.60 trillion, according to the Debt Management Office.

The Federal Government borrowed N1.55 trillion from the Central Bank of Nigeria (CBN) in the first four months of this year, bringing its total debt to the CBN to N19.01 trillion, data from the apex bank show.

The country’s inflation rate accelerated to 17.71 percent in May from 16.82 percent in April, the National Bureau of Statistics said last month.

The CBN increased the benchmark interest rate for the first time in six years to 13 percent in May from 11.5 percent.

In the first half, the naira depreciated against international major currencies in both the official and parallel markets.

Moses Ojo, a Lagos-based economic analyst, said the electioneering period, with parties’ primaries held in the first half of the year, relegated governance to the background.

“In my view, the economy did not show any sign of respite in the first half of 2022 with headline inflation at an all-time high of 17.71 percent in May 2022 and the naira (local currency) struggling against the tide. The political activities that kicked in with the primary election of political parties ahead of the 2023 general elections took attention away from governance as well,” he said.

Analysts at Financial Derivatives Company noted that the Nigerian economy began a fragile recovery with output growth of 0.11 percent in the fourth quarter of 2020 and peaking 5.01 percent in Q2 2021 before slowing to 3.98 percent in Q4 2021.

“But the fragile recovery is currently being threatened by the war in Ukraine. Since the Russian-Ukraine war began, both commodity and energy prices have skyrocketed. Both households and firms are facing hard times with diesel, and kerosene prices escalating by 160% between February and June. Both pandemic and war shocks imposed huge macroeconomic and fiscal cost to Nigeria,” they said in a new report.

Crude oil prices have maintained an upward trend since the beginning of the year due partly to the Russia-Ukraine conflict, which has entered the fourth month, and the gradual recovery in the global economy. According to the CBN, Nigeria’s Bonny Light crude oil price rose to $129.87 per barrel on June 29, 2022 up from $76.25 as of December 31, 2021, representing a 70.3 percent rise in six months.

“Nigeria has struggled to meet its [crude oil] production targets due to operational challenges and insecurity amid growing crude oil theft and pipeline vandalism, leading to continued weakness in its oil sector,” Adedayo Amzat, group CEO of Zedcrest Capital, said.

Last month, JP Morgan removed Nigeria from its list of emerging market sovereign recommendations that investors should be ‘overweight’ in, saying the country had not taken advantage of high oil prices.

Analysts at Cordros Capital said attracting foreign investment into Nigeria would be a herculean task, given persistent issues, including significant forex illiquidity and consternation about the electioneering period in the country.

Industry stakeholders said with insecurity and Ukraine-Russia conflict not yet addressed, inflation would sustain its rising trajectory, further subduing the purchasing power of households.

“Political activities will gain momentum, and this will push governance further to the back seat. The monetary authorities will continue to struggle to keep the naira stable, but their efforts will be constrained by the level of foreign reserves. Headline inflation will continue to trend upward albeit at a decreasing rate. And the security agencies will continue to battle insecurity all over the country,” Ojo said.

For analysts in the cement industry, the second half of the year will be positive for industry players. This is partly due to the Nigerian market being a seller’s market and that players will benefit from price increment.

“An impressive 2021 for the cement players set the tone for 2022. However, we believe the challenge arising from cost pressures is far from over,” Adeyeye added.