‘If Igbos embrace the ‘Think Home’ philosophy, 80% of their investments will be in S/East by 2025’ 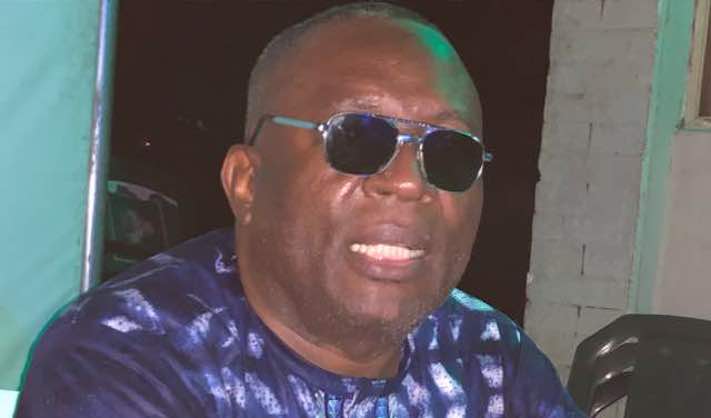 Blakey Ijezie is a chartered accountant and tax consultant with over 38 years of experience in the fields. He is also the founder of Akuluouno (Think Home) Forum’. In this interview with NGOZI OKPALAKUNNE, Ijezie, who is passionate about the economic development of Igboland, said the challenges faced by Igbo- speaking people in Nigeria are hydra-headed and that to address such challenges, it needs the collaboration of one and all. He also spoke on the issue of high level of insecurity in the country and the way forward. Excerpts:

May we know the idea behind the formation of Akuluouno (Think Home) Forum?

Succinctly, the idea behind the formation of ‘Akuluouno’ (Think Home) Forum was to get Ndigbo, especially those in the Diaspora to “Think home” in their investment decisions as a way of bringing development to the South- East. This is in line with our aims and objectives, to build the required consciousness among Igbos that it is time to invoke our community spirit to drive the process of developing Igboland. To mobilise all Igbo professionals, academia, business men and women at home and in the Diaspora to begin to think home in their investment decisions as part of Igbo development agenda, while maintaining their diversified investments, that they should necessarily include investments in South-Eastern Nigeria. To organise free annual lecture series and other lectures and sensitisation to brainstorm on the Akuluouno philosophy as a way of keeping the campaign alive, strategically focused and sustainable from generation to generation.

Akuluouno-Think Home is a unique, noble and novel forum, that has the South-East Nigeria and the Igbo nation as its major focus, in terms of development, in areas of economic emancipation and industrial self-reliance of the region, and Igbo nation at large. This Forum is not politically propelled. However, we may need to work with, and collaborate and purposefully engage with the governments within the South-East of Nigeria and beyond for our benefits, at appropriate points, for the achievement of our goals.

There are other existing Igbo groups; does it mean they are not representing the interest of the Igbo?

According to Greg Anderson, “When we are motivated by goals that have deep meaning, by dreams that need contemplation, by pure love that needs expressing, then we truly live life”.

The Akuluouno-Think Home philosophy has guided my life for about two decades now. I had earlier set up a Non-Governmental Organisation (NGO), Blakey Ijezie Foundation to harmonise the Corporate Social Responsibility activities of my company, Okwudili Ijezie & Co. (Chartered Accountants), a boutique accounting practice that I set up in January 1994.

Though there are many other Igbo groups, with due modesty and humility, this Akuluouno-Think Home forum is a very unique, noble and novel group. Ours is an Igbo Economic Forum and we are strictly focused and our vision is very audacious: To ensure by 2025, at least, 80 percent of new investments by Ndigbo are located in South- East Nigeria.

Again, the forum was designed to be committees-driven. That was the strategy we have used to achieve what we have already achieved to date. Our mantra is: “Onye Aghana Nwa Nne Ya”. Our goal is to achieve a more economic independent and developed Igboland, by gearing towards the development of the Educational; Agricultural; Industrial sector, among others.

We assembled members to articulate how to “Think Home” and bring part of their new investments to the Igbo nation, that is, South-East, Delta Igbo, Rivers speaking Igbo, among others. The massive investments in human capacity and agriculture would increase the Gross Domestic Product (GDP) of the Igbo nature and it will in turn ensure that our youths are actively and positively engaged. It will reduce the unemployment of youths, reduce the crime rate and ensure the attainment of food security in Igbo nation.

If you are working on something that you really care about, you don’t have to be pushed. The vision pulls you. That was according to Steve Jobs, the late founder and Chief Executive Officer of Apple Computers, arguably one of the most motivated and driven entrepreneurs of all time.

Because we are really serious about leaving a worthwhile legacy, our vision will motivate us to push ahead and work hard at accomplishing our mandate.

We are indeed passionate in seeing our vision become a reality. We are indeed very passionate about the future. Our members are highly motivated to make it happen. Our passion is driving us forward.

In what other ways do you think Akuluouno Forum can address challenges faced by Igbo-speaking people?

The challenges faced by Igbo-speaking people in Nigeria are hydra-headed. They range from political, economic, social, marginalization, among others. And to address them needs the collaboration of all and sundry. Ohanaeze Ndigbo, the apex Igbo cultural organisation, now headed by Ambassador/Professor George Obiozor, is strategically tackling these challenges. The South-East Governors’ Forum is equally handling the political challenges and infrastructural developments of Igboland. Various other socio-cultural organisations and town unions are also on their wings, contributing to the resolutions of the problems in Igboland.

Just like I stated above, Akuluouno-Think Home Forum is an economic Forum – “Think Tank”. Our mandate is to get Ndigbo worldwide to “Think Home” with their investments in order to transform Igboland into a mega region and tourism destination by 2025.

Igbos are mainly in the diaspora, outside South -East – in Lagos, Abuja, Kano, Sokoto, and many more, and also outside the country in United States of America, United Kingdom, Brazil, South Africa, Ghana, Liberia, China, Malaysia, and many countries in Europe and Asia. In fact, Igbos are scattered in all towns in Nigeria and in all countries of the world. We are migrants.

One of the committees set up by Akuluouno had a dialogue where all the Igbos were asked to invest massively in Igboland as a means of restoring the dignity of Ndigbo and to create Igbo nation with all imaginable infrastructure, this is being undertaken with the Igbos in the Diaspora. It will force all the other zones to come to Igboland to patronise advanced technology and amenities. We are reconnecting the Diaspora to homeland- South East Nigeria. Eminent Igbos in the Diaspora have enthusiastically keyed into this vision.

What do you think is responsible for the high level of insecurity in the country? What is the way forward?

We are indeed presently in an unfortunate security mess. The insecurity in the country is very alarming. It has constrained activities and movements of people from one part of Nigeria to the other. It is most unfortunate that Nigeria has slumped so low. Many reasons could be attributed for this insecurity, notably, the activities of: the Boko Haram in the North-East, the bandits in the North-West (plus Niger State), the herdsmen in the North Central (Middle Belt), the unknown gunmen in the South-East and South-South, and the kidnappings in the South-West.

The reasons for these activities are diverse. Some are economic, and others are religious. The audacity by bandits that serially kidnap school children in Zamfara, Kaduna, Katsina, Niger States, among others and those that shot down a military jet in Zamfara State recently, is most alarming.

The menace and the rate at which these bandits, terrorists and herdsmen kill, rape, rob, kidnap people, destroy crops, attack villages, are most callous, unconscionable and condemnable.

According to Pope John Paul II, “If you want peace then work for justice”. The Federal Government needs to embrace equity, justice and fairness in federal public policies formulations and executions in the country.

2023 general election is by the corner, what do you think should be the place of the Igbo in the presidency?

As a person, I am apolitical. I don’t belong to any of the political parties, but during elections, I normally vote for the persons not parties that I figure out were the best amongst the many candidates.

The place of the Igbos in the presidency come 2023, naturally as an Igbo man, it will be nice to have an Igbo man become the President of the Federal Government of Nigeria in 2023. But sentiment is different from reality. Let the politicians from the South-East be saddled with the achievement of this ideal. And let Akuluouno-Think Home Forum be saddled with their aims and objectives, of striving to achieving economic independence in the South-East Nigeria, in order not to lose focus.

I started as a receptionist – Zain Asher, CNN anchor