The power of the single story to nation building 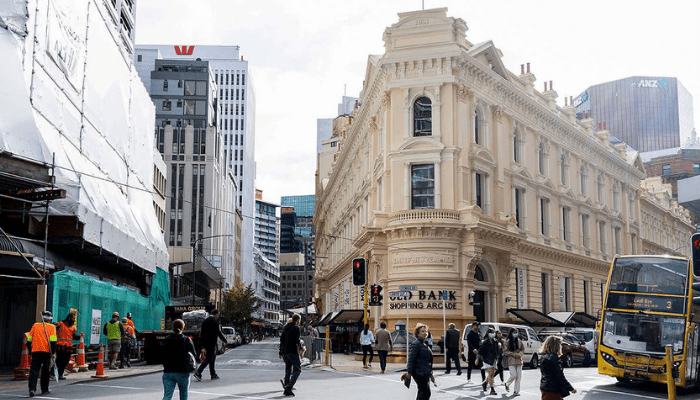 The first thing that comes to mind when you hear of the single story is Chimamanda Adichie’s 2013 TED Talks titled The Danger of a Single Story, and although the author gave legitimate points as to the dangers of stereotyping, it gives a bad name to the purpose a single story does when it is properly told and seen through.

The world has come upon changes that will define us for the next couple of generations. We have developed from physical currencies to virtual currencies. Social media has made it possible for the average human to be connected to at least ten different countries. We lift the myth of virtual working as we move through the uncertain waters of the novel coronavirus in our daily lives.

Although the world seems to be in a constant state of flux, it has become even more important for nations to develop the story that influences public perception and relations with them. Countries like New Zealand have been able to adapt in the fight to flatten the curve. How?

According to Med Page Today, the culture of New Zealand was significant in achieving this. The culture emphasises communication, empathy, and cooperation with all academic, political, and scientific institutions.

The power of this culture has New Zealand a positive case study in the battle against the virus. It also reinforced the citizen’s belief in their country and influenced public perception of what a working society looks like.

We best know the UAE for its key economic drivers – tourism and business development. To ensure the sustainability of these economic drivers; they have adapted laws in terms of taxes and tourism that have made it favourable to any participants of these drivers. This mindset influenced their bid for the COVID-19 vaccine, and why Dubai (one of its popular tourist states) was flooded with tourists from all over the world in December 2020. The UAE’s story to the average global citizen is that of safety and advancement.

Canada has been on the Nigerian radar in more recent times and has been linked with the infamous slang japa (to immigrate) because of the open invitation to immigrants by the country to keep their populations growing and to support their labour markets. Only in 2019, 12,600 Nigerians became permanent residents of Canada, and this number has only ballooned.

According to the Pew Research Center, the presidential term of Donald Trump reduced the positive public image of the country around the world. The world’s greatest country and leader of the free world was open to scrutiny because of its leader, who was subject to tantrums and radical decision-making. The story of this president marred the effort and years the United States of America has put into positioning itself as the leader of the free world.

It would almost be unfair to mention Nigeria in the conversation, however, it is almost as important that we ask what story the world believes of Nigeria. We have moved from the giants of Africa to the ridicule of the continent. When asked about Nigeria, the average global citizen links the country to internet fraud, terrorist attacks, poverty, and more recently human rights violation.

The single-story of Nigeria is not driven by a vision that triumphs between the leaders and the political parties in question. It is a story built based on their individual bias, Nigerian leaders have been to Nigeria what Donald Trump has been to the USA in four years. We know what we need to attain the Nigeria of our dreams; we need weavers to create a story that influences its citizens like New Zealand, a story that drives our economy like the UAE, and implementers of the story that move us one step away from the current disaster of the USA.

Nigeria needs a powerful story. Who would author it?

Muoka is a multipotentialite and a storyteller. A firm believer of storytelling, she is committed to push compelling narratives through her storytelling agency, House Of ZETA.

Sustainability is not just a trend; It is the practice of a healthy lifestyle

Innovations and Gender Equality- The Truth about Leaving No Woman Behind