Secrets at the farmhouse 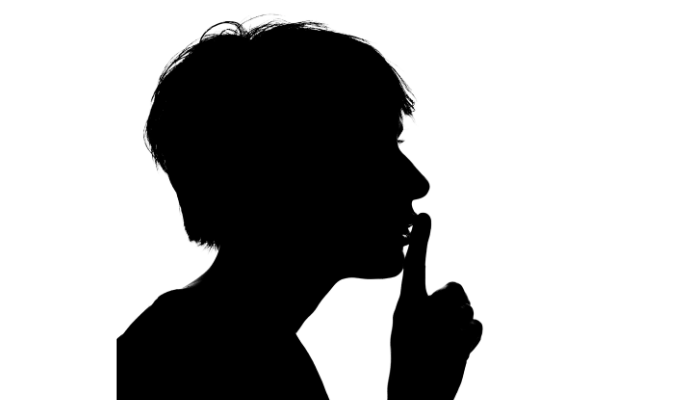 I grew up in GRA Apapa in the early ’90s. Back then, I didn’t vibe with all the oyibo and ajebóta children in my neighborhood, so most of my friends were from Ajegunle…AJ City. That’s where I got my street credibility from. I was street-wise at quite a young age.

When I relocated to the United States in 1998, I realized there were different craze levels. Life in Ajegunle was like a beginner’s class compared to what was obtainable in America.

In AJ city, it was more of arguments and threats than real fights, but in NY City, someone could quickly shoot you for looking at him somehow. Shoot first and ask questions later. No time for long talks. So I jejely told myself, “Eno, you better behave yourself, live the American dream, and don’t get yourself killed.” One thing was sure, though; the streets never left me.

Fast forward to 2017, l have become an investment banker, and I also have interests in real estate. You’ll be suitable if you say life has been good to me; however, there was a snag… I didn’t have a man in my life. My longest relationship lasted about eight months. I had even to ask myself, “Eno abi na village people dey do you?”.

All the young girls that used to call me aunty back in AJ city were married. I knew that I had to get a husband somehow, so I started visiting dating sites. I posted my details then I waited. It didn’t take long before Kelly hit me up. We had similar interests except that I like dogs and he was a cat person. Overall, he seemed nice, and we got along quite well.

He is white, so my initial worry was if his family would accept a black girl ‘from Nigeria’, but he told me he was an only child and an orphan. He assured me that my race or color was not an issue. I started to imagine having mini Eno’s and Kelly’s littered all over our future home. Oh! I’m so thankful for the creator of dating sites. I’m sending you kisses wherever you are.

After face timing and texting back and forth for several months, Kelly gave me the surprise of my life when he drove over six hours from Oklahoma to visit me in Houston. I thought that only a person that cares about you could do something like that for you. He won my heart with that gesture. We spent the weekend together, and our relationship blossomed after that.

Kelly visited me three times before inviting me to his Oklahoma farmhouse. It was a beautiful 7-bedroom house sitting on a large expanse of land.

Kelly was not your regular guy. We were an item, but for some strange reason, he rarely wanted to be intimate with me, and as a Warri girl, my blood was always hot, but I had to be cautious not to lose a nice guy because of my ‘hot blood.’

There were other things I was also concerned about. For instance, I’m not the type of woman that checks her man’s phone, but I noticed that Kelly was overprotective of his phone and computer, and I found this weird. He could tend to be withdrawn and give short answers when we talk. This guy used to be a chatterbox, but he suddenly became quiet and sometimes appeared nervous. Let me not forget to add his mood swings.

No cap, there was something not quite right about him because he was acting strange. I liked him, but I saw red flags that I knew I could not put up with. Whenever I talked to him about his behavior, he assured me everything was all right, but I didn’t think so.

A few months later, I flew to Oklahoma to surprise Kelly on his birthday, but the surprise was on me because he was out of town and would be gone for a few days. He told me where to find the house keys and made me promise to wait until he returned.
I was glad I listened to my instincts and took my dog with me. Thankfully I had company; I wasn’t going to be home alone. Just imagine being in that big house by myself.
But come to think of it, how could Kelly go on a trip without letting me know? This was another red flag.

After two days of staying indoors, I was bored and decided to take my dog for a walk in the woods. It was a beautiful place. I was taken by the serene environment, the lush green plants, canopy trees, bright flowers, and the beauty of nature. My dog broke my reverie when she started barking ferociously and tugging at my pants. I knew that sign; it meant she had stumbled on something and would not rest until I got with her. I followed her lead, and she took me to what looked like a shallow grave. I screamed when I saw what was there, and Iran could carry me out of that place as fast as my legs. I called Kelly to tell him what I’d seen, and he sounded distraught. He asked why I was snooping around and threatened to ensure I got what I deserved. I was shocked at his behavior. It was so unexpected. Did he hear me at all?. I made a startling discovery, and he was going off about nothing. Did he threaten me?… a total blooded naijaNaija babe. Maybe he did not get the memo that ‘Warri no dey carry last.’ I will deal with him before he even tries to get to me.

I called 911, and the police immediately swooped in on the area. They taped the room and began to comb the vicinity with their cadaver dogs, only to discover several shallow graves. What could the skeletal remains of so many people be doing on Kelly’s property?

I told the police where they could find Kelly in Chicago, and the Chicago PD was sent to pick him up.

It was a long and intense investigation, and the forensics revealed that the skeletal remains were all black people.
So, Kelly was a bitter bipolar racist who liked to kill unsuspecting innocent black people. Most of them were artisans who came to work at the house or women he pretended to be dating. I would have been his next victim, but like they say in AJ city.., “God pass devil.”
His father and grandfather and others after them were members of the Ku Klux Klan, and Kelly was following in their steps. He was also fascinated by Nazism. Killing black people was his forte.

I was happy when Kelly was slammed with multiple life sentences without the possibility of parole. He would be away for the rest of his life and will not be able to hurt another black person.
See me see wahala. That’s how I would have gotten myself killed because I dey find a husband.

Kelly confessed to the judge that he had made several attempts on my life but failed because I was always too conscious about things around me. He was right… I be street girl. I dey always shine my eyes.