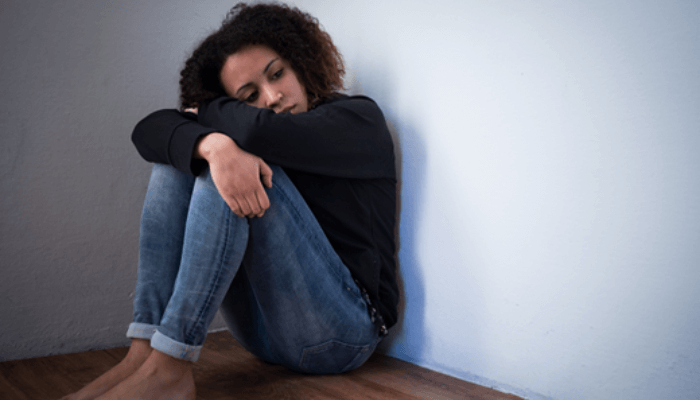 My name is Gina, and I have married Pascal for six years. He had a queer way of doing things sometimes. For example, every time he picked up a new habit or learned something new, he had a way of either overdoing or abusing that thing until it became annoying or annoyingly irritating, just like his newfound love for Greek yoghurt.

I was going to serve dinner when he realized that he had run out of his latest craving. He asked me to hold on while he dashed off to the nearby supermarket to get some. That would even give me enough time to wash off the sweat and soot from my body, evidence of living in Port Harcourt.

Pascal wasn’t back from the supermarket after an hour, and I couldn’t keep our daughters waiting any longer, so I made them have their dinner and tucked them in bed afterwards. The supermarket was a twenty-minute walk to our home, and Pascal had been gone for over two hours. I wondered if he stopped at our neighbour’s house to discuss football or politics, so I called Mr Ufuoma and teased him, as usual, to please send my husband home to me, but he said he hadn’t seen or spoken to Pascal all day.

The alarm bells went off in my head. What if something terrible has happened to him? I threw on a boubou and drove to the supermarket. They were rounding up for the day and couldn’t remember if they had seen him. I was asked to come back in the morning so that we could check their CCTV for any leads.

I cried uncontrollably; I was overwhelmed by fear. My husband cannot just disappear without a trace. He left his phone at home, so there was no way I could reach him. I called his friends, colleagues, and family members, but none had seen or heard from him. I didn’t sleep a wink that night.

At the first crack of dawn, I dashed off to the supermarket way before they opened for business. I waited until the supervisor got in and was allowed to watch the CCTV. Pascal was not in any of the footage. I raced to the police station to file a missing person report but was asked to wait for 48hours before he could officially be declared lost.

We never found Pascal, and he was presumed dead after a few months; the search for him ended and became a cold case.

12 years on, I was still trying to adjust to life without Pascal. I miss him so much, and I think about him every day. I always cry; my heart breaks because I don’t know what happened to him. Was he kidnapped? Did he struggle with the kidnappers and was killed? Did they dump his body in a river? Was he in pain before he died? What could have happened to him? I hate to think about things like this, but I can’t help it.

Sometimes, I think my husband had a premonition that something was going to happen to him because he had set things in place so that the girls and I would be comfortable and I am grateful to him for that.

By this time, my baby Chloe was an International Relations student at the State University. It’s interesting how our lives changed when a visiting lecturer from Namibia gave her class a crazy assignment that required much research.

Chloe had gone to the library, as usual, digging up history books, files, and old newspaper clippings, when a particular photo caught her attention in the change of names column. It was a picture of her Dad, and the newspaper was from 12 years back. She felt a sudden tightness in her chest as if the air in her lungs was being sucked out. Her heart did a back flip, and she nearly passed out. Right there, before her eyes, was a picture of her father in black and white.

She grabbed her phone and took pictures which she sent to her mom and her sister, Crystal. Everything changed from this point.

Two months before his disappearance, Mr. Pascal Pepple had changed his name to Mr. Pascal Timi-Douglas. The question now is, why did he do that?

Gina informed the police, but they didn’t show any interest in picking up a case from 12 years earlier when they had unsolved new issues.

The family decided to take up the investigation by themselves. Chloe went on the internet, but she couldn’t find anything about him; he didn’t seem to have any social media account.

Crystal suggested that she check a particular professional/business app and Eureka! They found him there… Pascal Timi- Douglas, an Ohio-based Businessman, and Cloud Computing Engineer. The three women were in shock.

So Pascal has been alive all this while? What could have pushed him to abandon his family in Nigeria and relocate to Ohio?

Gina couldn’t wait to share her findings about Pascal with her in-laws. However, she was surprised when she told them because their reaction gave them away. They knew what was going on. Who knows if all the financial support she received from them from time to time has been from Pascal? She felt like a fool. She would get to the bottom of the matter, even if it took her a lifetime.

Gina called in a favor from her boss, who was willing to use his influence to assist her after she opened up to him about everything. Chief Premobere pulled every string at his disposal, and Gina was able to get some information about her supposedly dead husband.

It turns out that Pascal used to live in the United States with his family before he got involved in a situation where his business partner framed him up. To avoid running into problems with the law or serving a jail sentence, he returned to Nigeria to start a new life. That was when he met Gina, married her, and started another family with her while his past was a well-kept secret. But when investigations proved his innocence several years later, Pascal decided to return to his family in the United States. The change of name and faking his disappearance were all part of the plan; he didn’t want to leave any trace behind so that Gina would not be able to could not find him.

With this information at her disposal, she decided it was time to visit him.

The flight to the United States was too slow. Gina wished the pilot could double up on his speed. She couldn’t wait to confront Pascal.

As she lay in her bed in The Stables Inn and Suites in Salem, Ohio, she tried to sleep but sleep eluded her. She felt agitated because she was close to finally finding closure to the pascal mystery.

It was Christmas Eve the next day, and she was eager to deliver Pascal’s Christmas gift. ‘The gift of her presence.’ Her cab was early, so they made the two-hour drive to Pascal’s mansion on the outskirt of town. She arrived at her destination and introduced herself to the butler as Pascal’s relation from Nigeria.

Pascal was not expecting anybody from home, so he was shocked when he was informed about a family member from Nigeria waiting to see him. If it were the 1st of April, he would have thought someone was trying to play a trick on him.

When he made his way down the flight of stairs, the last person he expected to see was Gina. He wasn’t prepared for the shock. He whispered her name and grabbed his chest before he hit the ground.

No, no, no! this is not how the script should play out. Pascal is not supposed to collapse.

Sadly, Pascal suffered a heart attack (the third time in a row). Unfortunately, he didn’t make it; he died on Christmas morning amidst mixed feelings from everyone after they heard what Gina had to say.

Her emotions were muddled up. She didn’t know how to feel. Pascal was wicked for choosing the easy way out by dying. He was supposed to find the courage and deal with the situation, but he chickened out.

It hurt her so much that she would never know why he abandoned her and the girls. He came into her life once, and he left her twice. She prays that he doesn’t rest in peace.

For now, she was going to close that chapter of her life and move on. First things first… Get a change of name.