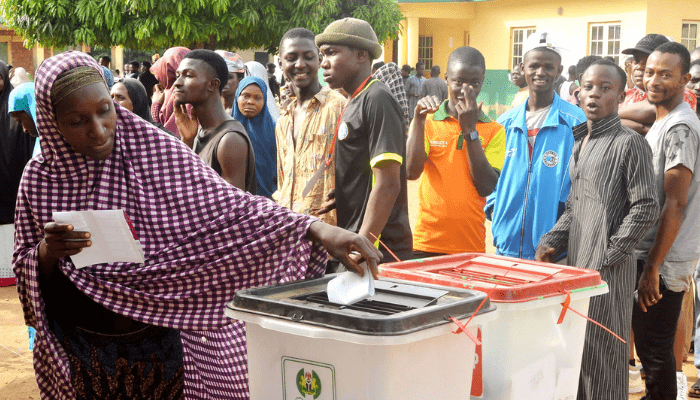 Finally, the primaries are essentially over—barring the races in dispute. Now, it is time for the everyman to get involved. The recent interest in the internal party mechanisms for selecting candidates brought to light a slew of worrying phenomena: the so-called ‘dollarisation’ of delegates, the role of consensus candidates, et cetera.

The interest in and criticism of this process augurs well for the next stage of this crucial stage of our democracy as voters take centre stage. Political participation in Nigeria has declined over the last few cycles and off-cycle elections. The Anambra State governorship elections in 2021 recorded a 10 per cent voter turnout. INEC recorded a similar turnout in the Lagos East Senatorial by-election in December 2020. In presidential elections, the decline has been marked, reaching a low of 35% for the 2019 presidential elections. 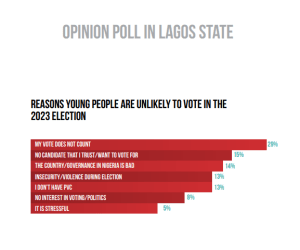 At Run To Win, we sought to analyse why this trend has persisted by speaking to young people between the ages of 18-35 in two states, Lagos and Cross River. In face-to-face interviews and focus groups, nearly 1,000 young people were surveyed across both states.
The main reason young people are not participating in elections? The feeling that their votes do not count. This sentiment is much heard in casual conversation, and their concern reflects the lack of faith in the electoral system to deliver free and fair elections. 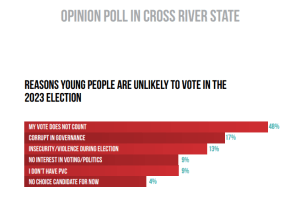 Secondly, becoming a voter is a long, bothersome, inconvenient process for young people. Between that and the long lag between registration and collecting PVCs, it’s understandable why young people don’t pick up their PVCs when they are finally ready. INEC’s attempt to ease the process by introducing online pre-registration was hampered by its inability to deal with the surge of new physical registrations after the drive ended.

We recommend that INEC restore the online pre-registration portal to ease the pressure on its offices and resources. The commission may also need to consider a small extension to the overall CVR process to allow registration for willing would-be voters. We also suggest a public awareness campaign around the collection of uncollected PVCs, as well as encouraging voter turnout overall by assuring Nigerians that their votes will count. 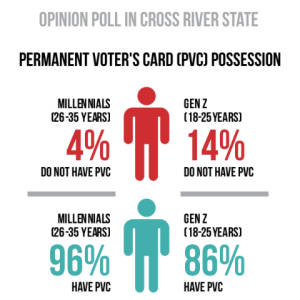 While voter registration drives have been necessary and impactful in the past, voter turnout is the real problem with electoral participation in the country. This problem has not received much attention up to now. Low voter participation indicates that the political system lacks legitimacy, presenting challenges to social cohesion.

Addressing these barriers to increased voter participation will move the country in the right direction on its democratic journey.
Remi Ogunkayo is political director at Run To Win, a non-partisan organisation which aims to increase the participation of young people in every aspect of Nigeria’s political process