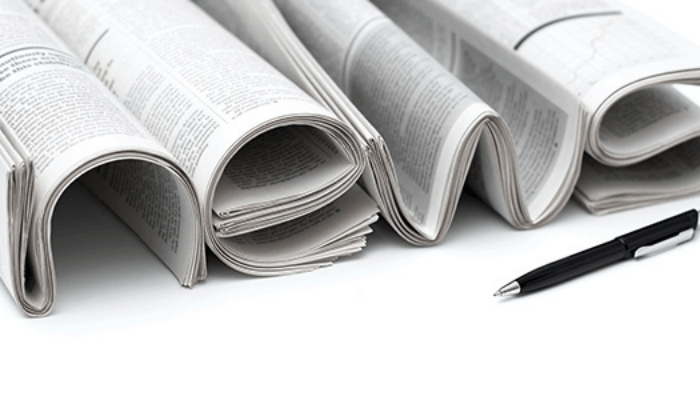 Kelechi (Kaycee) Madu, a Nigerian-born lawyer is breaking new grounds in Canada as he was recently appointed as the first Black minister and Solicitor General in Canada. This is good news especially considering the increased clamour around the world for the elimination of racism and more black representation. Madu, a 47-year-old was born and raised in the South-eastern part of Nigeria.

He obtained his Bachelor of Laws (LL. B) honors degree at the University of Lagos and was called to bar in Nigeria.
Madu started his career in Canada when he and his wife migrated to the country for his wife’s postgraduate studies at the University of Alberta. Madu runs a small firm with his wife in the city with vast experience in litigation practice.
“I spent my entire professional career fighting for those who lacked means, including at Legal Aid Alberta, Labour, Immigration, and Human right Tribunals. My views on the application of justice and equality will always be integral to who I am as a father, husband, citizen, lawyer, and politician,” Madu said in a statement released on Wednesday.

Madu says he is determined to make the justice system represent all Albertans in a fair and accountable way. Madu is a committed family man with three children and he loves to travel. He also believes in giving back to the community in different ways.
The Federal Government has adjusted the nationwide curfew from midnight to 4am as it continues the gradual easing of lockdown measures imposed to contain the spread of COVID-19 in the country. Before now, President Muhammadu Buhari declared a nationwide curfew from 8pm-6pm in April as part of the measure to reduce the spread of the deadly virus. In June, the nationwide curfew was reviewed to the hours between 10pm and 4am.

The presidential Tax Force (PTF) however stated that people on essential service and travellers returning from abroad are exempted from the curfew. Also, the PTF also explained that cinemas and amusement parks can also operate, with the exception of bars and nightclubs which will remain closed.
No one is talking about the JSS 3 students of Prince Academy in Damba-Kasaya community in Chikun LGA, Kaduna who were abducted by gunmen on 24th of August. Nigerians have been known to have zero tolerance for unfavourable policies or acts of violence without reprimand. This has led to the suspension of the social media bill, RUGA settlement projects amongst others. The rape cases concerning Uwa, Tina and Jennifer generated a lot of social media buzz with hashtags clamouring for justice for these girls.

Surprisingly, the recent abduction of four girls who recently returned to school for their final exams and also their teacher seems to have left almost everyone unbothered as Nigerians and the government have remained silent about the kidnap. The gunmen invaded the community on motorcycles, attacked a church and then proceeded into the school and abducted the girls and their teacher.
The gunmen escaped with 17-year-old Ezra Bako, 16-year-old Happiness Odoji, 15-year-old Miracle Saitu Danjuma,10-year-old Favour Danjuma and their teacher 29-year-old Christiana Madugu. They have not been found and no one is saying anything. 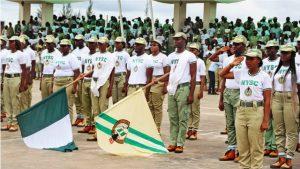 The Federal Government approves the reopening of NYSC orientation camps. The mandatory National Youth Service Corps (NYSC) has been granted approval to resume the mobilization of corps members for orientation camps since March when they program was shut down to prevent the spread of the coronavirus.
According to the Coordinator of the Presidential Task Force, Dr Sani Aliyu in a briefing on September 3, 2020, the NYSC authorities should consolidate on laid down safety protocols and reopen orientation camps once tertiary institutions open.
The Central Bank of Nigeria (CBN) announced that interest on local currency savings deposits will be subject to a minimum of 10 percent per annum of Monetary Policy Rate (MPR) from September 1, 2020. This takes the savings interest rate from 3.9 percent to 1.25 percent per annum or 0.104 percent per month.
“In line with the recent market developments, the Bank has reviewed the minimum interest payable on savings deposits as provided in its guide to charges by banks, other financial and non-bank financial institutions issued in December 2020”, the CBN said in the letter.
The low-interest rate on savings accounts means that depositors will be discouraged to save their monies in the bank. This slash may however be profitable for banks as it reduces their cost of funds which implies that banks can now save the money that would have gone to have gone into paying higher interest on savings deposits.

Sparkle, a digital ecosystem providing financial, lifestyle and business support services to Nigerians across the globe, has today announced a new collaboration with Visa. The partnership will enable Sparkle to provide issuance of Visa cards to its users, benefiting consumers, entrepreneurs and SMEs across Nigeria.

Under the strategic collaboration with Visa, Sparkle customers will have greater freedom and flexibility in how they make payments. For instance, Sparkle customers will be able to make in-app payments with the embedded Visa virtual card. Sparkle app users will also be able to make eCom / mCom payments with their Visa virtual card and with Visa-branded companion plastic cards attached to their Sparkle profile.

For Sparkle, which was founded by entrepreneur, tech pioneer and financial inclusion advocate, Uzoma Dozie, and whose mission is to help Nigerians fulfil their financial and lifestyle needs, the partnership is a major milestone. The partnership with Visa also highlights Sparkle’s commitment to enabling best-in-class global solutions for its digital-only proposition. 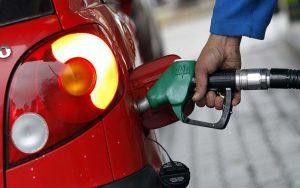 The depot price of premium motor spirit (PMS) otherwise known as petrol has been increased to N151.56 per litre, up from N148, a development that led to most major and independent marketers selling within the range N159 to N160.
“Please be informed that a new product price adjustment has been effected on our payment platform. To this end, the price of premium motor spirit (PMS) is now one hundred and fifty-one naira, fifty-six kobo (N151.56) per litre. This is effective 2nd September 2020,” The Pipeline and Product Marketing Company (PPMC), a subsidiary of NNPC said in a memo.
Less than 24 hours after the increase in the ex-depot price of petrol was announced, retail prices across Lagos and Abuja started selling between N158 and N161.70 per litre. 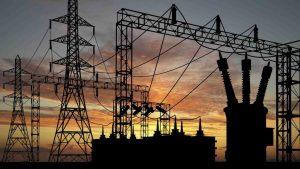 The Nigerian Electricity Regulatory Commission has approved the increase of electricity tariffs from 30.23 per kwh to 66 per kwh from September 1, 2020.The increase in tariff initially slated for July 1, 2020 was put on hold by the National Assembly as distribution companies intervened to push the date to the first quarter of 2021 due to the economic challenges in Nigeria. The increase came as a surprise as many Nigerians were enraged and expressed their grievances on social media.
According to the document, the new tariff is based on the hours of electricity supply available to customers. Customers receiving at least 12 hours of supply per day would see a rise in their electricity bill but customers who receive less than 12 hours of supply might not be affected by the new imposed tariff.

Imrane Barry, managing director of Total Nigeria Plc is charting new frontiers and staying resilient as the CEO leading the only International Oil Company (IOC) in Nigeria’s downstream sector. Under Barry’s leadership, Total Nigeria Plc has implemented diverse innovations including lubricants, insecticides and solar energy, which is being used to provide alternative power.
Barry is leading Total Nigeria with a drive to be a leader in Nigeria’s downstream sector with extensive distribution networks across the country and a wide range of top-quality energy products and services. Barry is also running with the vision of tapping into the human capital in Africa by training people and knowing how to think globally and act on it.
Despite the many challenges of the downstream sector such as inappropriate product pricing, bridging product supply, insecurity, irregular gas supply, pipeline vandalism, inadequate pipeline infrastructure and nonfunctional/under-functioning refineries among others which would have sent investors running for cover, Barry has stayed resilient over the years.
Barry stated that the reason Total Nigeria will not exit the downstream sector whether now or in the future is because of the company’s strong belief in the country. For him innovation is an indispensable key in operating in Nigeria’s downstream sector.

Taking care of your mental health

#ENDSARS: Abuja in ‘foreboding silence’ after bouts of violence