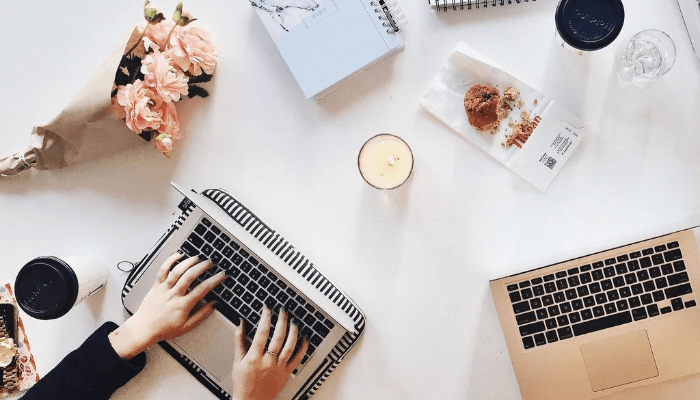 I remember the first time I heard this quote by Helen Keller – ’Alone we can do so little; together we can do so much’. I scoffed so hard I am sure Helen Keller heard it and was wondering how she offended me. Of course, I wasn’t offended by her, the quote just rubbed me the wrong way because I was running a seamless one man army and alone, I was doing so much… or so I thought.

We hear all these motivational quotes being thrown around and we scoff at them especially when they do not mirror our current realities. Even though motivational ’speak’ has been horribly abused(through no fault of its own), it does not take away from the truth of the words. I recently learned through experience that ’There is no such thing as a self-made man. You will reach your goals only with the help of others’. (A quote by George Shinn describing my life effortlessly) and this strangely applies to both motherhood and Entrepreneurship.

When I first started my company, I was convinced I was going to take over the business world all by myself. With that in mind, I became all things. I was the C.E.O, C.O.O, C.F.O, Producer, Editor, Writer, Lawyer, Logistics, Welfare, HR, Cleaner… I was working extremely hard but my productivity was sub par. Instead of creating my own team and focusing on what I do best, I was spread thinly across a million things. In the end, my one man business suffered from my one man mentality and I lost momentum on a lot of projects.

The one man army mentality colored my motherhood experience also. I initially could not afford to trust anybody else with the care of my little one. I had to be the one to do diaper change, feedings, outfit selection (because you are never too young to slay) and I was never quick to accept help until I was absolutely, without a doubt, extremely exhausted. Even though I have the most supportive husband (who is more than happy to do whatever needs to be done) and I am in the most supportive community, I was still overwhelmed by my one man army mentality; I just believed nobody could do it the exact way I would.

Being a sole proprietor or entrepreneur by the very definition of the word presents itself as a one-man army. The truth is no company is entirely a one man army. It may say so on paper but in reality, you have a team of people you work with and only a few decisions in life are more important than selecting your core team, your company’s ’Avengers’ if you will.

Initially, during the early stages of the birthing process, my one man army style was still sustainable but with growth and expansion, it became glaring to anyone at all that a team was necessary to keep the ball rolling without losing speed or momentum. Funny how that previous statement applies to both my Entrepreneurship journey and motherhood.

The truth is, trusting people is scary, period! A lot of Entrepreneurs shy away from building a team because nobody wants to watch another person crash land their soaring business. But with growth comes change and one of the changes to be expected is learning to trust others with your baby (both your business baby and actual baby).

My takeaway from the results of my lone ranger experience are:

Unless you are writing a love letter to death to prepare an early grave for either you or your business, CREATE YOUR ’A’ TEAM! Call for your Avengers to assemble!
Being Superman is great but even Superman is part of the Justice League and together they are able to achieve more. Having a team actually gives you room to work on multiple projects at once without ever dropping your quality and standard.
You do not have to be a multinational company or big name brand to operate at a team level.
You are surrounded by potential! Sometimes, our team members are right there in front of us, functioning at full capacity already; All we have to do is adjust the focal length of our HR glasses to see them clearly.

I started with a quote so its only fitting to end with one that is extremely cliche but I absolutely love – ’Teamwork makes the dream work, but a vision becomes a nightmare when the leader has a big dream and a bad team’ – John C. Maxwell.

So choose your team wisely!

TigerFireRose is the Chief Executive Officer of TigerFireRose Media. She has cut her teeth in the Visual Content Production industry, having spent time learning and running projects for various production houses commissioned by Africa Magic. Her versatility and creativity has taken her swiftly across the media space, rising in ranks and positions in a short amount of time from Content writer, to Associate Producer, to Production Manager and eventually Executive Producing her own content.

Vaccine hesitancy and the place of empathetic communication

The case for consolidation in the Nigerian media industry