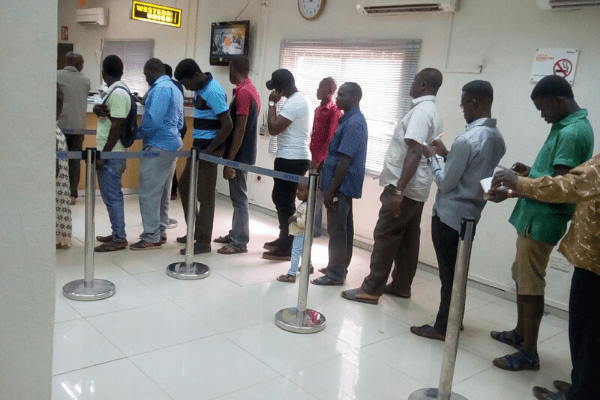 Almost on a daily bases, Nigerian bank customers have one complaint or the other regarding their banking experience.

A total of 1,612 complaints from consumers of financial services were received in six months of the second half of 2018, indicating an increase of 173 complaints or 12.02 per cent over the 1,439 received in the first half of 2018.

Advancement in technology is providing convenient options and changing the way people live. As financial institutions adopt these new methods that make lives better, fraudsters are also keeping up with technology and finding new ways to exploit unsuspecting individuals, businesses and corporations by robbing them of their hard-earned money.

Access Bank plc said it is at the forefront of creating awareness and educating the public on how to protect themselves and their money from fraudsters.

Consequently, the bank has issued a guide to customers aimed at describing the most common methods used by fraudsters and how they can avoid being a victim.

Most common types of fraud

This is a text message, often purporting to be from your bank or a regulator asking you for personal or financial information such as your account or card details.

The fraudulent practise of sending emails purporting to be from reputable companies to induce individuals to reveal personal information, such as passwords and credit card numbers.

This is the term used for a broad range of malicious activities accomplished through human interactions. It uses psychological manipulation to trick users into making security mistakes or giving away sensitive information.

Most common types of identity theft

Friendly fraud – This refers to a situation in which someone known to the victim perpetuates the fraud. For instance, friends and relatives who have access to your phones.

Stolen phone – Situations in which phones are misplaced/stolen and not reported to the Bank immediately and subsequently, payments are made to merchants via the phone, commonly airtime purchases and bill payments.

You should regard urgent security alerts and you-must-act-now offers or deals as warning signs of a hacking attempt.

No financial institution or merchant will send you a text message asking you to update your account information or confirm your ATM card PIN. If you get a message that seems to be from your bank or a merchant you do business with, and it asks you to click on something in the message, it’s a fraud. Call your bank or merchant directly if you are in doubt.

Threat to close down your account. No financial institution wants to lose their customers, so nobody is going to close your account unduly.

“Refuse to take the bait—simply don’t respond and delete such emails immediately. Report all smishing attacks to your bank by providing the phone number that sent the text message,” the bank stated.

To save our democracy, citizens must ensure right people are elected into power –…