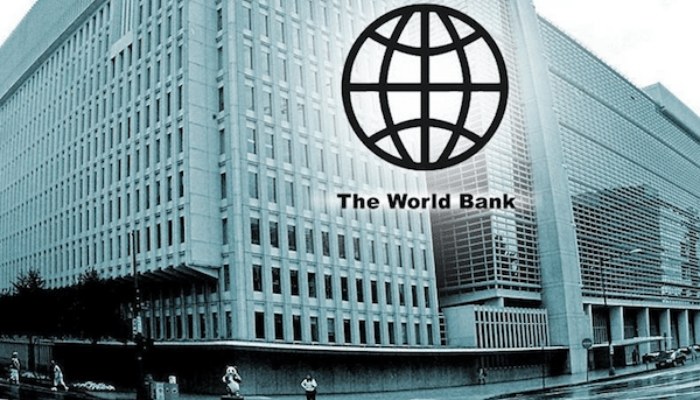 Debt burden of least developed countries continues to climb to a record $744 billion in 2019, World Bank said on Monday.

In response to an urgent need for greater debt transparency, the latest edition of the International Debt Statistics (IDS) report provides more detailed and more disaggregated data on external debt than ever before in its nearly 70-year history—including breakdowns of what each borrowing country owes to official and private creditors in each creditor country, and the expected month-by-month debt-service payments owed to them through 2021.

Before the onset of the COVID-19 pandemic, rising public debt levels were already a cause for concern, particularly in many of the world’s poorest countries as discussed in our Four Waves of Debt report published in December 2019. Responding to a call from the World Bank and the International Monetary Fund, the G20 endorsed the Debt Service Suspension Initiative (DSSI) in April 2020 to help up to 73 of the poorest countries manage the impact of the COVID-19 pandemic.

According to the 2021 IDS report the total external debt of DSSI-eligible countries climbed 9.5% to a record $744 billion in 2019 from the previous year highlighting an urgent need for creditors and borrowers alike to collaborate to stave off the growing risk of sovereign-debt crises triggered by the COVID-19 pandemic. The pace of debt accumulation for these countries was nearly twice the rate of other low- and middle-income countries in 2019.

The debt stock of DSSI-eligible countries to official bilateral creditors, composed by mostly G-20 countries, reached $178 billion in 2019 and accounted for 17 percent of long-term net debt flows to low- and middle-income countries. Within the G-20 creditor group there have been some important shifts characterized by a marked increase in lending by G-20 member countries that are themselves middle-income countries. For example, China, by far the largest creditor, has seen its share of the combined debt owed to G-20 countries rise from 45 percent in 2013 to 63 percent at end-2019. Over the same period the share for Japan, the second largest G-20 creditor, has remained broadly the same at 15 percent.

The 2021 IDS data release also reflects progress made to increase coverage of complex debt instruments, given their rising prominence in the debt profiles of developing countries. The central bank and currency swap arrangements that represent loans from other central banks also occur in low- and middle-income countries. The World Bank is working to ensure that these debt instruments are captured in the IDS dataset. Increased debt transparency will help many low- and middle-income countries assess and manage their external debt through the current crisis and work with policymakers toward sustainable debt levels and terms.

“Achieving long-term debt sustainability will depend on a large-scale shift in the world’s approach to debt and investment transparency,” said World Bank Group President David Malpass.

“The time has come for a much more comprehensive approach to tackling the debt crisis facing the people in the poorest countries— one that involves debt-service suspension as well as broader efforts such as debt-stock reduction and swifter debt-restructuring, grounded in greater debt transparency.”

Greater debt transparency is critical to productive investment and debt sustainability. The World Bank Group has called for full transparency of the terms of the existing and new debt and debt-like commitments of the governments of the poorest countries. It has urged creditors and debtors alike to embrace this transparency—to facilitate analysis that would enable countries to identify sovereign-debt levels that are consistent with growth and poverty reduction.

“Debt is what enables governments to have extra resources they need to invest in health systems, education, or infrastructure,” said World Bank Chief Economist Carmen Reinhart.

“If you have a debt problem, all those ambitions suffer. That’s why it’s important to get the debt onto sustainable ground as quickly as possible. We can’t afford another lost decade.”

The World Bank Group, one of the largest sources of funding and knowledge for developing countries, is taking broad, fast action to help developing countries strengthen their pandemic response. It is supporting public health interventions, working to ensure the flow of critical supplies and equipment, and helping the private sector continue to operate and sustain jobs.

It expects to deploy up to $160 billion in financial support over 15 months to help more than 100 countries protect the poor and vulnerable, support businesses, and bolster economic recovery. This includes $50 billion of new IDA resources through grants and highly concessional loans.