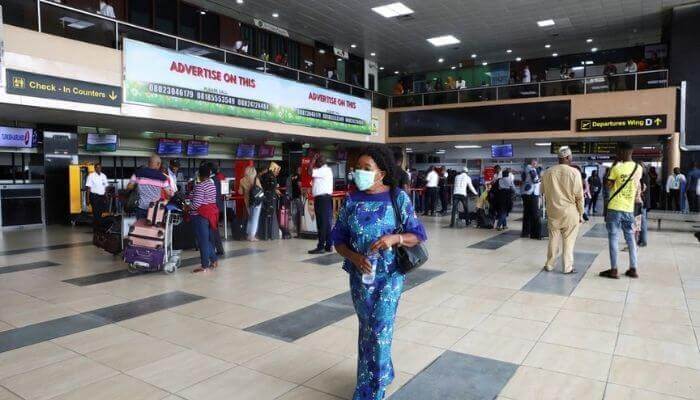 Passengers were stranded on Monday on the back of the strike action embarked upon by a section of the Nigerian Aviation Handling Company Plc (NAHCO) staff across all airports in Nigeria.

At Murtala Muhammed Airport Terminal Two, (MMA2) Lagos and Murtala Muhammed International Airport, passengers were seen waiting outside the airport terminal for their flights which were either being delayed or rescheduled.

Some narrated to BusinessDay how they had missed business appointments, meetings and shut down their businesses for the day as they could not move from one destination to another.

The strike was later called off following a joint meeting held between the aviation unions and the management of NAHCO after agreements were reached on salary increment and staff welfare.

The company had asked that accelerated negotiation be continued in February to enable the company to stabilise from the financial effects of its recent promotions.

The unions, however, gave the strike notice, which prompted the management of the company to seek for court intervention to prevent the industrial action but the unions were said to have walked out of the international airport on Monday morning, saying they were on strike and would not attend to any passenger.

“I was supposed to be in Doha for a business meeting on Monday evening. I had arrived at MMIA to catch my flight, only to be told that the staff of NAHCO were on strike and had refused to process passengers for boarding,” Philip Uzokwe had told BusinessDay.

According to Uzokwe, the flight was rescheduled for Monday night, making him miss his business meeting.

Alex Nwuba, one of the affected passengers, told BusinessDay that NAHCO staff in the early hours of Monday walked out of the international airport, saying they were on strike and would not handle any passengers.

“Even the Qatar flight I’m traveling with this morning landed and has returned to Doha as there’s none to handle them,” Nwuba said.

He said passengers were frustrated as they were kept outside to avoid a crisis and no prior information, announcements or emails were sent to them.

Kelechi Precious, a logistics worker, told BusinessDay that he delivers parcels to various destinations via Lagos airports on a daily basis but his business for Monday was grounded as he could deliver or send parcels to any destination.

“I arrived at the airport on Monday to send some parcels to Abuja, Owerri and Kano but I was told NAHCO staff had grounded flight operations and this really spoiled my plans for the day. All my parcels are still in Lagos and some of my clients have asked for refunds as these parcels are timely and ought to be delivered early every morning,” Precious said.

Seyi Adewale, chief executive officer of Mainstream Cargo Limited, said the NAHCO warehouse was closed and the cargo inside the warehouse could not be cleared.

He said: “There is no transaction going on today (Monday) and this is affecting our operations. We have shipments that we cannot clear and we cannot deliver to customers. This is the major issue. We also have people who are waiting for their goods to be cleared and these goods are still in the warehouse.

“I am supposed to deliver some shipments to Air Peace today. These goods have been cleared with customs and it is just to go inside, pick it up and take it out but we cannot.”

Air Peace, the largest domestic carrier in Nigeria, said the strike cost it over N500 million, adding that the industrial action paralysed its operations across its large network.

In a statement on Monday, the management of the airline said the ground handling company did not preinform them about the strike nor was a public notice issued.

“All morning flights and other subsequent flights have been disrupted – cancelled, delayed and rescheduled. This has cost us over 500 million naira as we operate over 100 flights daily. Passengers are also attacking our ground staff as they cannot fly.”

In one of the messages by Air Peace to its passengers, it said due to the NAHCO strike, its flight schedule has changed.

“Your 6:15am flight, P47420, Lagos to Kano for today, 23rd January, 2023 will now depart at 10:00am. We honestly understand the resulting consequence and regret the effect of this unexpected time change on your travel plans. Please bear with us,” Air Peace said.

NAHCO had in a statement said it was engaging the unions and bringing to an end the disruption in flight services occasioned by the industrial action embarked upon by a section of its staff.

In a statement in Lagos Monday, the ground handler said it acknowledged that some of its clients were being put through a difficult situation by the insistence of some staff to embark on strike action despite a subsisting order of court which restrained them from doing so.

“This situation would be resolved speedily as it is detrimental to the staff, the company and its esteemed clients,” it said.