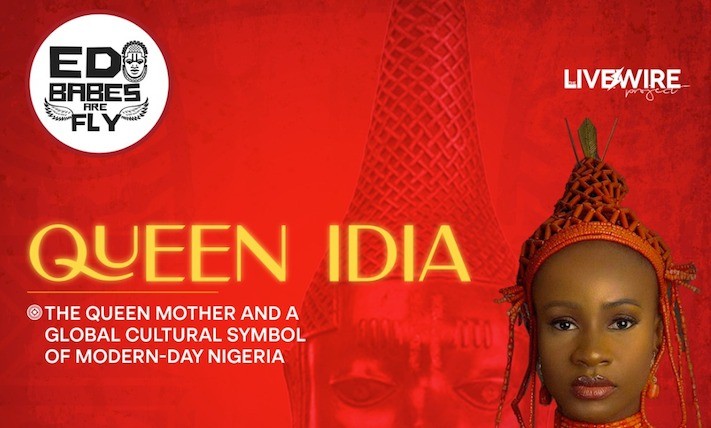 To commemorate June 16th as International Day of the African Child, media personality and entrepreneur Munirat “Anto” Lecky has revealed plans to launch the Edo Babes Are Fly Initiative to promote girl child education, empowerment and skills acquisition, and reduce the rate of gender-based violence and sex trafficking in Edo State.

Through her NGO, Anto Lecky alongside Musleehat Hamadu, plan to use the Edo Babes Are Fly Initiative to combat the many issues facing women from Edo State. Edo State is known as Nigeria’s capital for human trafficking, especially of young women and girls. According to the United Nations’ International Organization for Migration (IOM), 94% of women trafficked to Europe from Nigeria are from Edo State.

To kick-off, the initiative is celebrating history made and history in the making by paying homage to great women who have shaped and are shaping Edo history and Nigeria at large with an educational tribute photoshoot featuring some favourites in the Nigerian entertainment industry.

Anto Lecky says her initiative will celebrate Edo women both home and abroad who contribute immensely to the betterment of society and also spur the younger generation to attain greater heights. She noted that the tribute photo shoot is a reminder of the giant strides that women of Edo extraction have made, and continue to make.

“I’m inspired by the stories of all of these women we are paying tribute to, and my colleagues who were so earnest to be the muses for the project. All of these women are role models for girls around the world. We decided to pay homage to these women, while encouraging other Edo women that they are “fly”, and can soar above any stereotype” She said

She also revealed that the Edo Babes Are Fly initiative is one of the many works the Live Wire Project will be championing. “We plan to host impactful events on key days, and offer educational & skills acquisition resources.” “We hope to share the stories of survivors of sexual violence and trafficking. We also hope to partner with international organizations and to amplify the efforts of domestic organizations that need celebrity backing.” She further added.

Anto Lecky is not new to celebrating Nigerian and African women. She hosts a talk show on Ogelle Africa titled “She’s A Boss” celebrating African women who strive and thrive; and has paid tribute to some of her favorite women in the Nigerian entertainment industry on International Women’s Day.