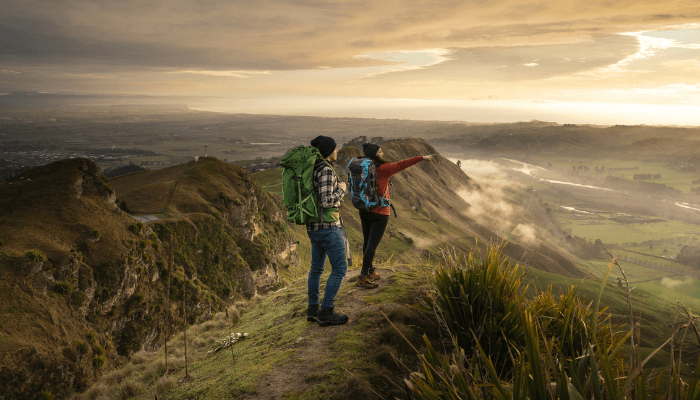 International tourism continued its recovery in January 2022, with a much better performance compared to the weak start to 2021. However, the Russian invasion of Ukraine adds pressure to existing economic uncertainties, coupled with many Covid-related travel restrictions still in place. Overall confidence could be affected and hamper the recovery of tourism.

Based on the latest available data, global international tourist arrivals more than doubled (+130 percent) in January 2022 compared to 2021 – the 18 million more visitors recorded worldwide in the first month of this year equals the total increase for the whole of 2021.

While these figures confirm the positive trend already underway last year, the pace of recovery in January was impacted by the emergences of the Omicron variant and the re-introduction of travel restrictions in several destinations. Following the 71 percent decline of 2021, international arrivals in January 2022 remained 67 percent below pre-pandemic levels.

All regions enjoyed a significant rebound in January 2022, though from low levels recorded at the start of 2021. Europe (+199 percent) and the Americas (+97 percent) continued to post the strongest results, with international arrivals still around half pre-pandemic levels (-53 percent and -52 percent, respectively).

The Middle East (+89 percent) and Africa (+51 percent) also saw growth in January 2022 over 2021, but these regions saw a drop of 63 percent and 69 percent respectively compared to 2019. While Asia and the Pacific recorded a 44 percent year-on-year increase, several destinations remained closed to non-essential travel resulting in the largest decrease in international arrivals over 2019 (-93 percent).

By subregions, the best results were recorded by Western Europe, registering four times more arrivals in January 2022 than in 2021, but 58 percent less than in 2019. Additionally, the Caribbean (-38 percent) and Southern and Mediterranean Europe (-41 percent) have shown the fastest rates of recovery towards 2019 levels. Indeed, several islands in the Caribbean and Asia and the Pacific, together with some small European and Central American destinations recorded the best results compared to 2019: Seychelles (-27 percent), Bulgaria and Curaçao (both -20 percent), El Salvador (-19 percent), Serbia and Maldives (both -13 percent), Dominican Republic (-11 percent), Albania (-7 percent) and Andorra (-3 percent). Bosnia and Herzegovina (+2 percent) even exceeded pre-pandemic levels. Among major destinations Turkey and Mexico saw declines of 16 percent and 24 percent respectively as compared to 2019.

After the unprecedented drop of 2020 and 2021, international tourism is expected to continue its gradual recovery in 2022. As of March 24, 12 destinations had no COVID-19 related restrictions in place and an increasing number of destinations were easing or lifting travel restrictions, which contributes to unleashing pent-up demand.

The war in Ukraine poses new challenges to the global economic environment and risks hampering the return of confidence in global travel. The US and the Asian source markets, which have started to open up, could be particularly impacted especially regarding travel to Europe, as these markets are historically more risk averse.

The shutdown of Ukrainian and Russian airspace, as well as the ban on Russian carriers by many European countries is affecting intra-European travel. It is also causing detours in long-haul flights between Europe and East Asia, which translates into longer flights and higher costs. Russia and Ukraine accounted for a combined 3 percent of global spending on international tourism in 2020 and at least US$ 14 billion in global tourism receipts could be lost if the conflict is prolonged. The importance of both markets is significant for neighbouring countries, but also for European sun and sea destinations. The Russian market also gained significant weight during the pandemic for long haul destinations such as Maldives, Seychelles or Sri Lanka. As destinations Russia and Ukraine accounted for 4 percent of all international arrivals in Europe, they accounted for only 1 percent of Europe’s international tourism receipts in 2020.

Even though it is too early to assess the impact, air travel searches and bookings across various channels showed a slowdown the week after the invasion but started to rebound in early March.

It is certain that the offensive will add further pressure to already challenging economic conditions, undermining consumer confidence and raising investment uncertainty. The Organisation for Economic Co-operation and Development (OECD) estimates global economic growth could be more than 1 percent lower this year than previously projected, while inflation, already high at the start of the year, could be at least a further 2.5 percent higher. The recent spike in oil prices (Brent reached its highest levels in 10 years), and rising inflation are making accommodation and transport services more expensive, adding extra pressure on businesses, consumer purchasing power and savings, UNWTO notes.

This forecast is in line with the analysis on the potential consequences of the conflict on global economic recovery and growth by the United Nations Conference on Trade and Development (UNCTAD), which has also downgraded its projection for world economic growth in 2022 from 3.6 percent to 2.6 percent and warned that developing countries will be most vulnerable to the slowdown.

Animators struggle for spotlight in Nollywood