Nigerian singer and rapper, Divine Ikubor popularly known as Rema, released his debut album, ‘Rave & Roses’ at midnight on 25 March 2022. The album has been doing well on the Apple Music streaming platform since its release and became the fastest Nigerian album to peak at number 1 on the iTunes music charts in just 2 hours of its release.

One of the “lead-off tracks ‘Calm Down’ charts in more than 52 countries at the time of writing this article. In an interview with Apple Music, the singer recalls the creation and the inspiration to the track as he was with a group of friends from Mavin Academy at the studio with producer Vibez.

“We went into one of the studios where we saw [Andre] Vibez,” said Ikubor. “Vibez saw that our energy was up, and we just wanted to freestyle on beats. The next day, I recorded and brought up my experience where I met a girl at a party. I was trying to get her attention and we could only go halfway in the party, but it advanced and we just locked in and loved up,”

He also spoke to Apple Music about the album’s composition, adding that the album came with many moods that drew him to the studio to record. 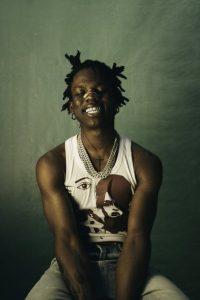 “I didn’t have a solid written plan, so I literally approached this album with no fear or pressure. Every project will have different meanings to me, aside from the story they tell but this one is a sound-sealer, and it’s that bridge to bring the fans closer to Rema.”