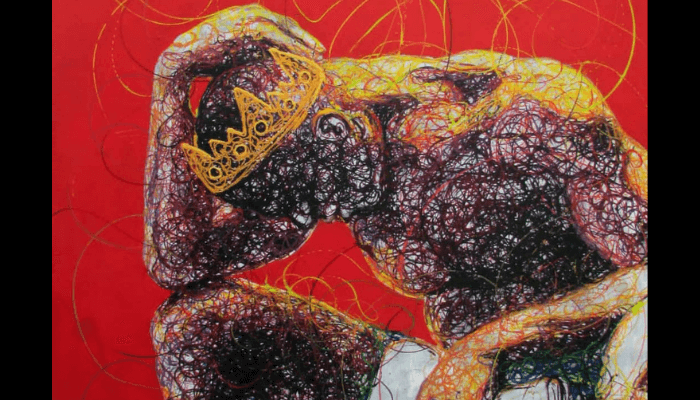 At the last quarter of 2021, Alexis Galleries, an art promotion and artist support organisation, rolled out drums to celebrate its 10 years in the art business and artist development.

This year, the gallery, which was founded by Patty Chidiac-Mastrogiannis is out with more feats that are already ringing big bells in the Nigerian art scene and gallery business.

A visit to the gallery in Akin Olugbade Street, Victoria Island, Lagos this January will delight the eyes more as the gallery wears a new look, which makes it one of the most contemporary galleries in Nigeria today.

The contemporary look is a result of the retouching and intentional upgrade of the gallery by the owners and it is in line with the global look of modern galleries for appeal, aesthetics and functionality.

Again, the gallery is starting the year with the eighth edition of FATE, an annual exhibition of works that are created by artists who spend three weeks in residence at the gallery.

According to Patty, the residency aims to identify, nurture, mentor, promote and equip emerging artists with space, atmosphere and information that fosters newness, deviation and critical inquiry into conventional ideas.

The eight edition started on January 10, 2022 with five artists working with oil and acrylic, who were invited to tap into their creative depth and present the audience with works that probe and address individual space, vulnerability, social and political commentary and resilience.

With the end of the residency, the gallery will be presenting the works by the artists in an exhibition that will open on February 19 and close on March 5, 2022 alongside the opening of the new look gallery and the celebration of the eight years anniversary of the Art Café, all at the gallery.

Taking a look at their works, Mathew Oyedele, the newly appointed curator of Alexis Galleries, notes that Gbemileke Adekunle negotiates the canvas space with solitary figures that are depicted with elongated and exaggerated features. “Boldly exploring acrylic, he looks into the concept of individual and unshared spaces as rooms of introspection, reflection, molding and preparation”, he says.

Taking a departure from personal experiences, Peter Agbadu, on the other hand, invites the viewer into men’s untold stories, vulnerability and unshared struggles. His oeuvres consist of figures that are heavily layered with scribbles and doodles of loosed acrylic strokes. Probing further, the curator notes that Peter also explores the intimate relationship between himself and his mother.

In his case, Ikechukwu Ezeigwe confronts the viewer with satiric rendition of political elites, godfather-ism and political schemers. His figures assume animal forms to scrutinize the corrupt, greedy, callous and power-drunk attributes of politicians.

In the paintings of Mayowa Esan, large portraits of women with exaggerated eyes dominate the canvas space. “Here, Mayowa seeks to draw the viewer’s attention to the eye as the window to various experiences that are embodied by women”, he says.

As well, Chinedu Uzoma’s canvases are characterised by rough and coordinated impasto. Uzoma, according to the curator, seeks to engage the viewer with the emotional state of his subjects by exploring nostalgia, expectation and resilience through facial expressions.

Speaking on the residency, Ikechukwu says, it is his first residency and that I has impacted his work and will push his career further, Mayowa, who was trained under Oluwole Omofemi, says the residency has helped him to mix with artists of like minds as well as built his confidence.

Meanwhile, the curator is happy over the quality of works produced by the five artists in just three weeks, hence invites the public to visit the opening to see and collect them.

Explaining the rationale for the presidency, Patty, the founder of the gallery, notes that in the last few years, it has become a tradition for Alexis Galleries to begin each calendar year with a residency that nurtures and guides young and emerging artists in Nigeria. The residency, according to her, is usually followed by an art exhibition that promotes the works that are created during the residency.

“This year is no different, as five artists were identified and invited to spend three weeks in residence at the gallery premises. During the residency, the artists were exposed to guidance, mentorship and talk-sessions by seasoned and established artists who spent some time with them at different intervals.

“The resulting works are therefore critically executed to address, interrogate and comment on social, religious, economic and political happenings.

“I am glad to welcome you all to this special edition, which comes along with the official opening of the rebranded Alexis Galleries. After a decade of strong existence in the Nigerian art scene, the gallery saw it fit to expand, increase and rebrand in scope, activities and infrastructure”, she says.

In the tradition of giving a percentage of the proceeds from the exhibition to charity, Patty says the gallery will be adopting Down Syndrome as a Non-Governmental and Not-for-profit organisation to give back to the society.