Wheat production and the Nigerian Economy 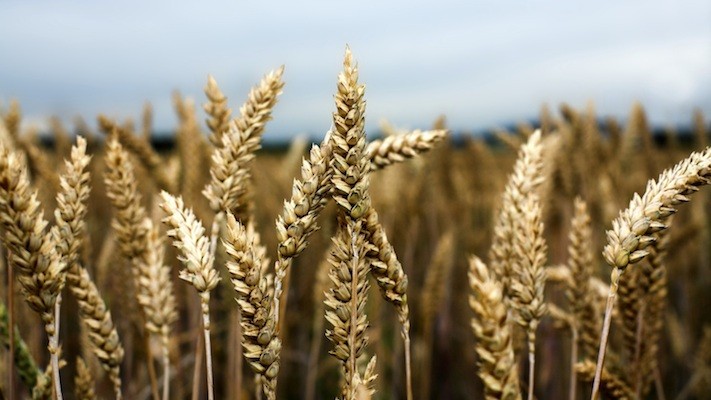 More Nigerian households currently recourse to wheat derivative foods to meet their dietary needs than ever before owing to the higher prices of other major locally grown crops.

Key food staples such as semolina, bread, noodles, and pasta among others are produced from wheat flour and form a regular part of meals in most urban and rural households across the country.

An estimated 75 million food portions consumed daily in Nigerian homes are wheat derivatives and this is not surprising.

Since last year, prices of the other non-wheat-based staples such as rice, garri, yam, and beans have risen sharply by 21.4percent, 114percent, 26percent, and 67percent, respectively, while the prices of wheat derivative foods have been largely cushioned from the inflationary trend by local millers who continuously absorb the extra cost of production to keep feeding the population.

Bread, a widely consumed staple food produced from wheat, is an example of how the wheat millers work assiduously to ensure accessibility and affordability of quality food to the millions of Nigerians struggling to cushion the effect of the protracted harsh economic conditions and inflationary trend.

An average of 10 million loaves of bread is produced daily in Nigeria. While every other commodity has increased in price by over 50percent, bread prices have only increased by 28percent.

This can be attributed to the intentional practice by flour millers of actively tracking commodity prices in the carbohydrate food staple space to keep the price of inputs for bread production competitive.

To stay ahead of the curve, every business needs to stretch its resources to ensure operational efficiency, more so the flour milling industry which journeys across a lot of challenging hurdles to stay competitive with other food staples.

The Wheat value chain, therefore, plays a critical role in food security for the Nigerian population and is also essential for the job creation agenda of the federal government.

Based on research, about 45perecent of the daily food portions that are served in Nigerian households are derived from wheat. This high consumption rate opens up a vast chain of employment opportunities for the populace.

It is estimated that 10.5 million direct and indirect jobs are created in the wheat value chain annually. This covers such crucial business generating opportunities as manufacturing, trading, retailing, trucking, warehousing among others across the supply chain.

Emphasizing the job creation capacity of the wheat value chain, Professor Adetunji Kehinde, provost of the College of Agriculture, University of Osun, said “Like other agro-products, the wheat value chain has created and is still creating employment at the pre-production, production, harvest, postharvest, preservation, packaging, distribution and marketing levels.”

“The wheat milling industry is one of the most important drivers of employment in the food sector,” he said.

The Nigerian wheat milling industry currently empowers and impacts the livelihoods of millions of people either through direct employment or job creation across facets such as factory employment, bakers, trucking companies & truck drivers, warehousing, distribution, food & snack vendors among others and it holds the potential for creating over 10 – 15 million jobs across the value chain.

Raising the level of wheat produced locally would create more job opportunities across the value chain and other sectors as well as strengthen national food security.

However, although remarkable progress is being made to accelerate the local wheat production capacity through various local wheat development interventions instituted by the Flour Milling Association of Nigeria (FMAN), with key players like Crown Flour Mill, Northern Nigerian Flour Mills, Flour Mills of Nigeria, Eagle Flour Mills, and Honeywell Flour Mills, among others, and efforts by the federal government, some niggling challenges remain.

Currently, the local supply of wheat is around 60,000 metric tons, which is about 1.5percent of the total wheat required by the market to sustain the growing Nigerian population.

The low production capacity at the local levels has been attributed to inconsistent climate for cultivation, poor irrigation, insufficient and inconsistent supply of high-yielding seed variety, dearth of modern agronomic practices and mechanized farming among smallholder farmers, higher production costs, inadequate storage facilities, and logistics systems among others.

Consequently, the flour milling association continues to invest over N500 million annually to boost local production, determined on bridging the huge gap between the local production level and the importation level of wheat in the country.

However, this would require sustained intervention efforts, which the millers have been noted to aggressively pursue in the past four years.

These efforts include a scaled out-grower programme that continues to provide high-yielding seed for smallholder wheat farmers in the wheat-producing belts of Kano, Jigawa, Bauchi, Borno, Yobe, and Zamfara states.

It also includes a sustained working relationship with the Wheat Farmers Association of Nigeria (WFAN), the continuous funding of the Lake Chad Research Institute (LCRI) located in Maiduguri, and the expansion of the seed varietal testing and multiplication sites in Kano, Sokoto, Kaduna, and Jigawa states.

It would also aid the foreign exchange conservation policy of the Central Bank of Nigeria (CBN) where a detailed but realistic import substitution timeline is keenly followed. This pragmatic, scalable, measurable, and sustainable approach has worked at various times for the introduction, adaptation, and successful establishment of nonindigenous crops. It is considered as global-best-practice.

What the foregoing means is that if Nigeria must see any kind of large-scale production in the next decade, a long-term vision of wheat seed development is needed. The above view echoes the expert insight shared by Dr. Fillipo Maria Bassi, a professional wheat breeder and senior scientist at the International Center for Agricultural Research in the Dry Areas (ICARDA) in Morocco.

Bassi explained recently that a persistent commitment to seed testing and input support for smallholder farmers is key to achieving sufficiency in wheat production.

Based on Bassi’s experience in working to improve wheat crop yields in neighboring countries of Senegal, Ivory Coast, and the Gambia, he emphasized that the Nigeria wheat development agenda must be given enough time to generate the desired harvest sufficiency.

According to him, having the right seed solves half of the problem and the other half is solved by the right farming techniques implemented consistently over a timeline of between five to eight years.

Consequently, scoping a cohesive national wheat development strategy that is etched in a detailed implementation roadmap is critical to achieving the targeted production level.

This developmental roadmap requires the government and private investors in the wheat production ecosystem to play active roles in meeting the various developmental goals.

On the synergetic effort, the UN’s Food and Agriculture Organisation (FAO) said, “A pluralistic approach, involving multiple actors spanning the public and private sectors, recognizing their unique roles and capacities, functioning effectively at an organizational level closest to the problem, and acknowledging self-limitations and actively seeking out synergies with other actors.”

According to experts, sustaining wheat development momentum has become even more important than ever. Following a well-coordinated approach to expanding the local wheat production landscape, the N2.5 trillion spent annually by consumers on wheat derivative foods, a huge boost to the country’s Gross Domestic Product (GDP), would be sustained.

It would also ensure that citizens in Africa’s most populous country gain access to affordable quality foods.

Also, the wheat production and processing sectors would keep generating the needed employment opportunities to support the nation’s young and active population. The national wheat production strategy would in turn help the apex bank attain its integrated economic development agenda.