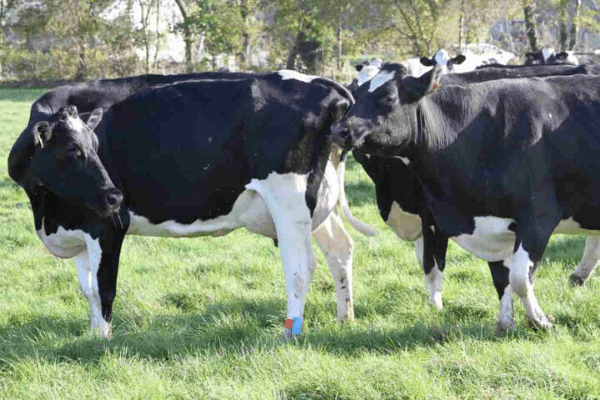 Artificial insemination (AI) is one of the most efficient tools available for dairy farmers worldwide to boost livestock yields. Rather than just an alternative way of impregnating cattle, it is a method of livestock enhancement. In artificial insemination, semen from bulls of superior quality is collected and used to inseminate females to conceive offspring with desired traits, such as high milk yield and disease resistance. Artificial insemination increases the efficiency of bull usage as semen collected from bulls can be diluted to make hundreds of doses from one ejaculate. These doses can be easily transported and stored over long periods, allowing for a single bull to be responsible for the insemination of many cows regardless of their location. The usage of artificial insemination is also extremely cost-effective as farmers are spared the expenditure of maintaining and breeding bulls. The transmission of disease between mating cows is avoided as well, as the semen used for AI is inspected for quality and monitored for infections. The wide-scale adoption of AI in Nigeria would see the development of a more productive cattle population. Currently, Nigerian cows produce an average of 1 litre of milk a day which is a negligible quantity when compared to cows in the USA for example, where cows yield 28 litres a day on average.

Read Also: Making a Case for the development of the Nigerian dairy sector

Constraints to the Development of Al and how to address them

Despite the benefits of practising AI, the adoption of the method in Nigeria has been slow. Several factors are restricting the widespread use of AI in Nigeria: (1) unavailability of skilled professionals (2) low awareness of the benefits of AI, and (3) large initial capital outlays. All of which can be overcome through government intervention and proper management. To begin with, the proper implementation of AI requires highly skilled and trained AI technicians. Unfortunately, there are few Nigerian AI service providers, and the number of experts and technicians in the country is not sufficient for wide-scale adoption. An additional roadblock to widespread adoption is a lack of awareness about the benefits of AI. It is imperative to sensitize farmers on the implementation advantage. Many Nigerian dairy farmers are traditionalists, who are wedded to norms and beliefs that have been upheld for generations. This coupled with negative past experiences from failed AI interventions increases the resistance of farmers to any further attempts to introduce the method. Extension services can be used to educate farmers on the benefits of breeding through AI. The dissemination of this information was a key component of the Nigerian Dairy Development Program (NDDP) implemented by Sahel Consulting in partnership with FrieslandCampinaWamco and L&Z Integrated Farms. NDDP trained 15 youth in Oyo and 5 in Kano as AI technicians to provide AI services to smallholder dairy farmers in selected dairy clusters, with the expectation of continued support after the program’s termination. The program encouraged adoption by sensitizing dairy farmers and providing them with manuals and videos on the procedures for AI. By the end of the first phase of the program in June 2019, over 3,000 cows had been inseminated, translating into around 1,200 crossbreeds. Participating farmers now own crossbred calves that are both adapted to the harsh local conditions and have increased levels of dairy productivity.

Furthermore, it is difficult to preserve and transport semen under severe climatic conditions like those prevailing in most parts of Nigeria. The preservation of semen samples requires cold storage – bull semen can be frozen and stored indefinitely at consistently low temperatures. This presents a challenge in Nigeria given persistent access to energy serves is a limiting factor. As a result, it is expensive to acquire the necessary equipment to implement AI without significant external investment. To improve AI adoption, the government must work with dairy processors, farmers and livestock professionals such as veterinarians to make AI more accessible. The establishment of AI service centres for the collection, storage, and sale of semen of exotic breeds, as well as training for AI technicians, would go a long way towards the improvement of milk production in the country. To this effect, the Nigerian government recently inaugurated the National Livestock Transformation Plan (NLTP) on September 10, 2019. The NLTP is to be implemented in Adamawa, Benue, Kaduna, Plateau, Nasarawa, Taraba and Zamfara. If successfully implemented, the NLTP expects to develop market-driven ranches in the seven states, establish 63 pasture lands and 1 semen bank in each target state, and artificially inseminate at least 170,000 cows. These developments have the potential to engender the exponential growth of the local dairy industry. Development organizations are needed to fund any large-scale interventions, and the implementation of these projects will need the involvement of private sector actors.

The wide-scale adoption of AI in Nigeria would see the development of a more productive cattle population. The immediate benefit to farmers is the increased income they would receive from the augmented production levels of these cows. The costs of raising cattle would also fall, as fewer cows would be able to achieve current output levels. As dairy farmers care for fewer cattle, there will be less pressure on grazing spaces. This slows the rate of desertification caused by overgrazing, mitigating the effects of climate change in a sensitive region. A knock-on effect of this is that as in the long term there will be more grazing space available, and farmers may curb their migratory tendencies to settle on parcels of land instead. Consequently, conflicts between herders and farmers will be reduced, as the pastoral method loses popularity over time. Also, as the usage of AI increases, the demand for veterinary services and AI technicians would follow. The dairy sector would become a more significant contributor to the economy as the viability and profitability of dairy farming becomes more apparent. As such, artificial insemination is an opportunity for job creation in marginalised communities, reducing the unemployment rate. Nigeria’s dairy sector has a bright outlook, but it will require the cooperation of federal and state governments, initiatives like NDDP, private dairy entrepreneurs and other livestock professionals to make it a reality in the coming years.