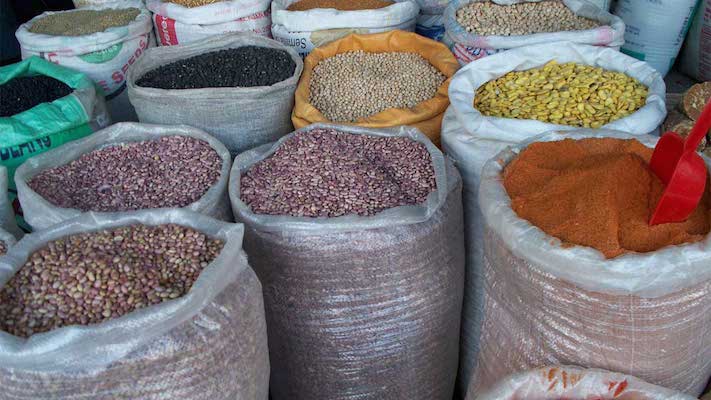 Africa’s most populous country saw its food imports hit a new high amid government support to the agricultural sector to boost output and improve yields per hectare.

The value of food products imported last year surged by 41 percent when compared to the N1.2 trillion spent in 2020, data from the National Bureau of Statistics’ trade report show. The imported food products accounted for 9.44 percent of the country’s total imports for the year.

“The data is evidence that we still did not grow enough food and we are left with no option but to import,” AfricanFarmer Mogaji, chief executive officer of X-Ray Consulting Limited, said in a response to questions.

“Imports are surging despite continuous government support and this is because of the high insecurity rate in the country,” he added.

The country has failed to grow more food for its fast-rising population who must be fed with staples such as rice, beans, tomatoes, and maize.

This has forced the country to spend millions of dollars yearly importing food, thereby putting pressure on its foreign exchange reserves and losing thousands of jobs it would have created if the products were grown locally.

The federal government has in the last seven years spent billions of dollars on various agricultural programmes to spur local food production.

However, the country still has a huge demand-supply gap in most of its staple foods, even as the population growth rate stands at 2.5 percent in 2020, according to the World Bank.

Farming activities in the country have been impacted by the high rate of insecurity that has forced many farmers to abandon their farmlands, coupled with the rising prices of fertilisers and diesel costs.

Victor Olowe, a professor and an agronomist at the Institute of Food Security, Environmental Resources and Agricultural Research, said the country’s import bill is surging daily owing to its inability to produce enough food for its fast-rising population.

According to him, the high rate of insecurity in the country has affected the production of food, especially grains as farmers can no longer grow in areas they usually grow crops on.

He said the support by the government would not yield any meaningful impact if the issue of insecurity is not addressed and farmers’ yield per hectare improved.

“Our production has been declining while the population is fast increasing. This has brought about the surge in imports,” Olowe said. “Insecurity is the main factor responsible for the continuous decline.”

BusinessDay’s analysis of the import data shows that the sector has continued to record a trade deficit, which is widening yearly.