‘Traumatised’ Africans stranded by coronavirus plead to be brought home

When Margaret Ntale Namusisi’s three daughters called her in Uganda to say they were being quarantined at their university in Wuhan, China, because of the coronavirus outbreak, she sent money and told them: “Run very fast and do shopping.” 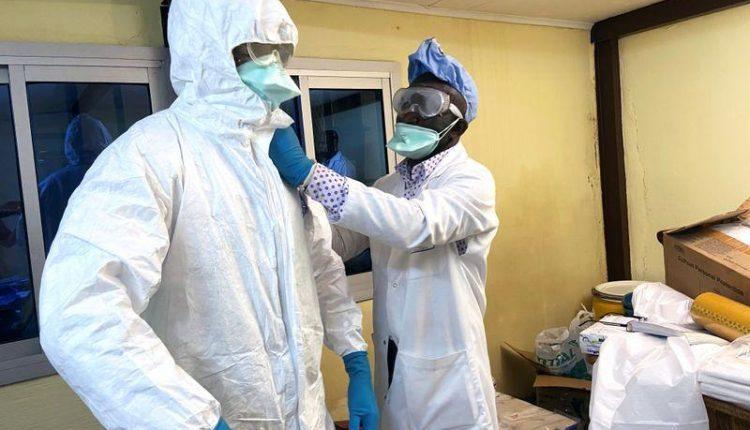 When Margaret Ntale Namusisi’s three daughters called her in Uganda to say they were being quarantined at their university in Wuhan, China, because of the coronavirus outbreak, she sent money and told them: “Run very fast and do shopping.”

Valeria, Veronica and Vivian did just that. But nearly one month on, with no help from their government, they are now under lockdown in a crowded apartment with orders to stay indoors with the windows closed. Food, funds and morale are running low.

“They are traumatised,” said Namusisi, who wakes up at 3 a.m. every day to talk to her daughters over the Chinese messaging service WeChat. “They ask, has Uganda given up on us?”

Countries across the world have flown their nationals home from China’s quarantined Hubei province, the centre of the outbreak of the virus that since January has infected more than 74,000 people and killed over 2,100.

But no sub-Saharan African country has done so, leaving thousands stranded.

Reuters spoke to families from Cameroon, Uganda, Senegal and Ethiopia with similar tales of frustration. Many have set up associations to pressure their governments to act, through letters and petitions.

Governments across Africa have said they plan to send money to students to help with expenses. Cameroon said it was sending about $82,000 to help its citizens stuck in Hubei.

However, many including Senegal and Uganda, say they do not have the resources to look after coronavirus patients at home and their nationals would be safer in China where authorities have reported a dramatic drop in new cases in Hubei.

But while Uganda said last week that it would send $61,000 to students stuck in Wuhan, the Namusisi sisters have received nothing so far.

They survive on one meal a day of noodles or rice, their mother said. Other foods are now too expensive: one kilo of beef costs $13, one tomato a dollar.

They are not alone. Dagmawi Demelash Mengistu, a business student from Ethiopia, said his school has provided latex gloves and masks, but his government has not responded to students’ calls to be flown home.

He too is locked inside, short of food and money.

“We have seen one plane come for four students in Wuhan to evacuate them, just one plane,” said Mengistu who is part of a student association that has asked the Ethiopian embassy to fly them home.

“Ethiopian airlines haven’t stopped flights from China … so that is a shot to the gut when you see they are still continuing flights but cannot take their citizens out.”

Ethiopian authorities did not respond to requests for comment.

Many African nations are nervous about a little-known virus breaching their borders.

Health officials say those epidemics have prepared countries to keep coronavirus from spreading and the World Health Organization says 24 African nations can test for potential cases. Airport screening and monitoring procedures have already highlighted possible coronavirus cases across the continent.

The Africa Centres for Disease Control and Prevention last week called on governments to bring Africans home. But this has provided little comfort for those stranded in China or their families back home who have received little or no communication from their governments.

Roger-Michel Kemkuining, a Cameroonian, found out that his student son Pavel had contracted coronavirus from a statement posted online by Yangzte University, where Pavel was studying.

The statement, seen by Reuters, said the university had informed the Cameroonian embassy and the parents, but that was news to Kemkuining.

Cameroon’s health ministry spokesman, Clavere Nken, confirmed that the family had found out via social media. He said he had since spoken to them by phone. Yangzte University did not immediately respond to a request for comment.

Pavel is the only known African to test positive for coronavirus. He has recovered and was released from hospital on Feb. 10 but remains in isolation, he told Reuters.

For his father, the situation still rankles.

Seeing the statement was “like a lightning strike,” he told Reuters at his home in Yaounde. “I was really dejected.”