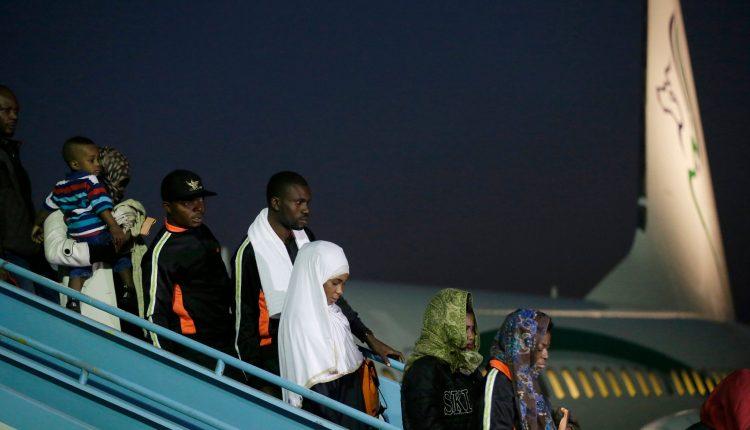 The Federal Government has said that the 268 Nigerian evacuees that arrived the Nnamdi Azikiwe International Airport from China on Saturday, after enduring a difficult time are now settled in hotels, where they will observed the mandatory 14- day quarantine stipulated by the Nigerian Center for Disease Control (NCDC) against the COVID-19.

The Federal Government has continued to evacuate about 4,000 Nigerians that have indicated interest to return home from different parts of the world following the pandemic. The government has so far repatriated over 1,000 Nigerians stranded in parts of the world. Last Sunday the Minister announced the evacuation of 69 Nigerians from Lebanon. He said “With the successful and logistic support of the Lebanese Government and the Lebanese community in Nigeria, 50 trafficked Nigerian girls and 19 stranded Nigerians were successfully evacuated from Lebanon.”

The government had earlier received 292 evacuees stranded in Saudi Arabia a large number of who were nursing mothers and children and they are all comfortably settled in hotels under the mandatory 14 days of quarantine, according to the minister.

The Government began the repatriation of Nigerians from the United Arab Emirates (UAE), United Kingdom (UK) and the United States of America (US) in the first, second and third batches of the evacuation respectively.

The government is said to be making more efforts to bring home Nigerians from India, South Africa, France, Sudan among others.

Interswitch Group wades in with Covid-19 relief in Enugu State