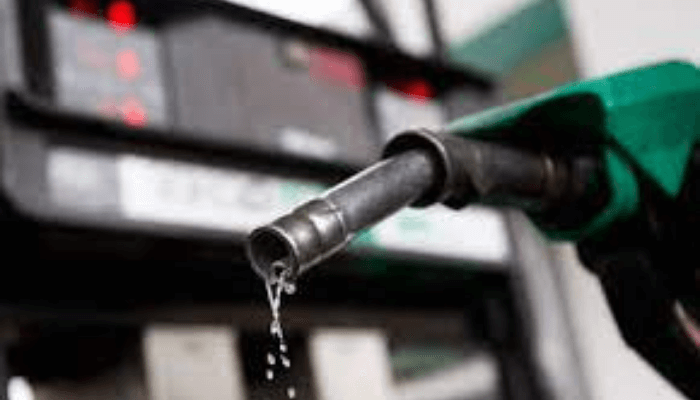 Russia’s invasion of Ukraine has contributed to rising oil prices triggering social unrest in several countries around the world from Africa to Europe.

On social media site Twitter, #Fuelprotest is trending across the world highlighting widespread concerns about rising energy costs. These countries are battling to contain an angry populace.

According to Seafoodsource, an online resource, as many as half of Vietnam’s fishing boats are stranded ashore due to rising fuel costs.

The fuel price hike has also led to the increase in prices of other commodities and services for fishing activities, the ministry said.

Nigeria’s commercial capital Lagos has been bogged down with long fuel queues in recent weeks. The capital city Abuja has consistently seen traffic queues since February.

Truck owners are threatening to stop transporting fuel across the country from 5 July 2022 over a backlog of unpaid bridging claims and non-reimbursement of insurance premiums by the oil marketers.

The Independent Petroleum Marketers Association of Nigeria (IPMAN) has promised to unleash on the nation a “mother of all fuel queues” this week for what is called the federal government’s deceit over the payment of N74 billion as bridging claims in seven months. Nigeria has incurred an estimated petrol subsidy of N2.1 trillion in the first six months of the year. Fear of widespread social unrest has kept the government from removing subsidies.

The average diesel price has surged from N288 in January to over N800 per litre putting small businesses at risk. This is fueling anger in the country currently finding an outlet in massive youth turnout to register and vote out of office its corrupt, and incompetent leaders.

In Ethiopia, motorists in Addis Ababa, the country’s capital, were seen queuing for eight hours to access fuel, a situation that could deteriorate later in the month, according to a Bloomberg report.

In addition, the government plans to stop subsidising petrol and diesel amid soaring oil prices globally, which could further trigger unrest.

In the UK, Driver staged a go-slow protest over the hike in fuel prices. According to BusinessDay checks, protesters snarled up major UK roads causing a prolonged traffic jam, to demand government action against rocketing fuel prices.

In South Africa, citizens plan to embark on a nationwide protest that may ground all national activities in the country. A litre of fuel in the country is sold at R23.845 ($1.39) and has put it around 40 percent more expensive than last year, a development that has subjected President Cyril Ramaphosa to heavy criticisms by its people.

The national government has already announced that the litre will soon be sold for R25 ($1.51) which has put South Africans on agitation.

The South African government says it will end a temporary reduction in fuel levy as it announces a 10.6 percent increase in the gasoline price, pushing it to a new record.

In Ghana, people are protesting, breaking out due to soaring prices of fuel, food and high cost of living, as inflation surges to 27 percent.

The country is grappling with fuel price hikes, unemployment, and economic decline. The hike in fuel prices has added to the cost of living and transportation, affecting the economy, according to BusinessDay checks.

Nana Addo Dankwa Akufo-Addo, President of Ghana, has asked for the International Monetary Fund (IMF) assistance in the face of deteriorating economic conditions. Recently, the IMF stated it would send a team to Ghana this week to begin talks on a possible loan program for the West African nation.

According to BusinessDay checks, the police in Ghana fired tear gas and rubber bullets at protestants against economic hardship caused by the surge in fuel prices.

Media reports say health workers in Sri Lanka embarked on strike action on June 29 and 30 in protest against fuel scarcity and difficulty getting to work.

Recently, the country has had to impose a ban on sales of petrol and diesel for private vehicles as it faces its worst economic crisis in 70 years. The government is in talks with the International Monetary Fund (IMF) to get a $3bn (£2.5bn) bailout.

A CNN report said that doctors and bankers were among hundreds, who marched on June 20 to demand the government end fuel shortages at the heart of the Indian Ocean island’s worst economic crisis in decades or step down.

Weeks of street demonstrations against cascading woes such as power cuts and shortages of food and medicine brought a change in government last month after nine people were killed and about 300 injured in protests.

Thousands of people took to the streets of Maputo, Mozambique’s capital, on Monday to protest against the rise in fuel prices. This comes days after the government announced a spike in the prices of petroleum products. Bus drivers in Maputo, Mozambique’s capital, stopped operations on June 1 after the government raised fuel prices bringing the city to a halt.

From several comments on Twitter with #Fuelprotest, from Spain to the Netherlands, people protest against the surge in fuel prices. Spanish farmers begin to block motorways, protesting against the fuel price increase. In Netherland, farmers and fishers protested, getting intense Army/Police sent to deal with protesters. The Dutch protested high fuel, gas, food shortage of fertilizers from Russia, and high inflation.

After a nationwide protest for 18 days in Ecuador over rising fuel prices, the US-backed president was forced to lower fuel prices and slow oil drilling.

According to a Reuters report, weeks of protests erupted in Ecuador in June to demand lower fuel prices and limits to the expansion of mining and oil industries, leading to at least eight deaths and devastating the country’s oil production.