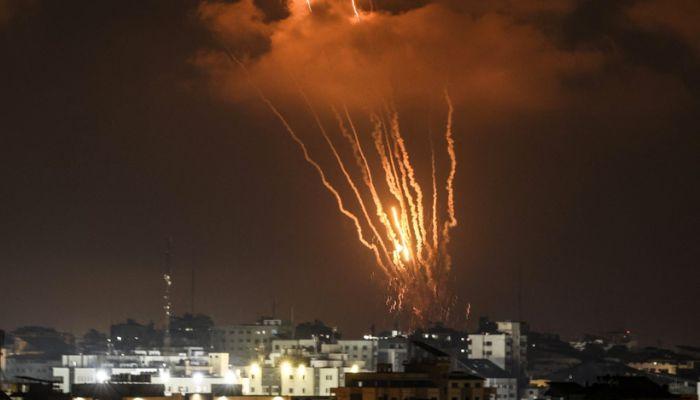 The recent attack on Gaza by Israeli forces has met widespread condemnation from African countries. Moussa Mahamat, chairperson of the African Union Commission strongly condemned the air strike which has left 30 Palestinian civilians including 6 children dead.

The recent attack on Gaza has been ongoing since August 5 2022. Israeli forces claim the strike is against the Islamic Jihad. The repeated air strike has left scores of homes damaged or destroyed.

“The targeting of civilians and the continued illegal occupation by Israeli security forces of the occupied territories is in stark violation of international law, and complicate the search for a just and lasting solution,” Mahamat said.

The chairperson assured Palestine of support from the African Union.

Mahamat pledged AU’s solidarity with the people of Palestine “in their legitimate quest for an independent and sovereign State with East Jerusalem as its capital.’’

Also, the Socialist Movement of Ghana in agreement with the African Union declared support for Gaza in the face of the recent attack from the Israeli government which they described as an ‘apartheid regime’.

‘‘The Socialist Movement of Ghana (SMG) unreservedly condemns the on-going aggression on Gaza by the apartheid regime of Israel under the pretext that it is to stop suspected attacks by the Islamist Jihad.’’ the statement signed by Kwesi Pratt, Jnr, SMG’s general secretary read.

The movement condemned the airstrike which has killed many, describing it as a violation of international law.

‘‘The Israeli aggression is in blatant violation of international law which imposes a duty on colonial occupiers to protect their victims and to refrain from acts that are detrimental to the peace and well-being of the occupied people,’’ Pratt added.

The Zimbabwe Palestine Solidarity Council also expressed concern over the attack on Gaza describing it as a violation of the fundamental human right of Palestinians.

‘‘Israeli apartheid extinction policy implemented against the people of Palestine which violates several fundamental Human Rights,’’ the group wrote in a statement signed by its information and publicity secretary, TL Dube.

The groups called on the international community and organisations such as the United Nation to take concrete steps to prevent the recurrence of this attack.