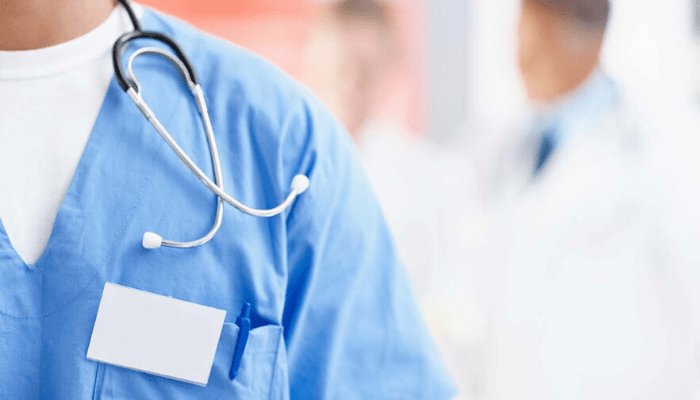 Nigeria is still far from the recommendations of the World Health Organization (WHO) on the required number of medical personnel to cater efficiently for its teeming population as the federal government on Tuesday disclosed that the ratio of doctor to patient ratio is 1: 2753 which translates to 36.6 medical doctors per 100,000 persons.

Shakuri Kadiri, Deputy  Director, Head of Human Resources for Health, federal ministry of health, disclosed this at the launch of the Nigeria Health Workforce Country profile -2018 and handing over of the National Health Workforce Registry in Abuja. WHO recommends 1:600 doctor-patient ratio.

Kadiri, while presenting the report of the Nigeria Health Workforce Country Profile said said that Registered Medical doctors with the Medical and Dental Council of Nigeria (MDCN) totalled 74,543.

He revealed also that the health sector recorded and increase in numbers of doctors seeking migration, from 656 in 2014 to 1551 in 2018.

He further informed that In 2018, 24,668 pharmacists were registered with the Pharmacists Council of Nigeria (PCN) and this equates to 12 pharmacists per 100,000 members of the population pharmacist to population ratio of 1:8,317.

He however noted that the densities are not exhaustive as there is a strong possibility that many practicing doctors without current practicing license may have been excluded.

“This necessitates the need to strengthen human resource information systems at national and sub-national levels to capture information on the stock by state and their age distribution for evidence based  Human Resources for Health planning and management,” he noted.

Kadiri also reports that there is a variation in the distribution of medical doctors by state of practice from the reported 2012 density.

Emmanuel Meribole, Head of Department Health Planning, Research and Statistics ministry of health speaking, said noted that the Nigerian health sector is faced with series of challenges which has affected the delivery of the quality helath services to the rising population.

According to him, some of the challenges includes; inadequate investment in human resources for health to provide the  required information as at when due and inadequate capacity of health institutions to meet supply of health workers.

Meribole said that the huge gap had  implication for accuracy of strategies, efficiency in deploying resources requirement and effectiveness of monitoring and evaluation.

“It is essential to provide technical support for the estimation and production of an acceptable, accurate and authoritative national health workforce profile for Nigeria Hence, FMOH is keen to obtain data on the existing health workforce in order to deliver efficient and high quality health services.

“On 15′” and 16’“ August, 2019 the Department of Health Planning, Research 6 Statistics (FMOH) in collaboration with the World Health Organization successfully updated and validated the 2018 Nigeria’s Health Workforce Country Profile with funding from the Government of Canada through Global Affairs Canada (GAG),” he said.

The Director said that this was an important milestone in the health sector considering the development of the last country profile in 2012 which was the available data but was challenged by the current realities of accuracy of health workforce numbers available in the country and within the health sector.

He added that the review of National Health Workforce Profile aimed to systematically present the Human Resources Health situation in the country by geographical distribution, age and sex distribution.

Osagie Ehanire, Minister of Health, who launched the workforce country profile and registry said that government

had been working on obtaining accurate data on the existing health workforce in the country in order to facilitate human resource for health planning and thereby deliver efficient, effective and high quality health services to its citizens.

Ehanire said that the effort was part of the nation’s response to World Health Organisation (WHO),s call to all nations of the world to strive towards the attainment of Universal Health Coverage (UHC),  and Sustainable Development Goals through the implementation of the Global Strategy on Human Resources for Health (GSHRH) 2030.

Ehanire noted that the registry was a single and authoritative source of authenticated and validated health workforce information in the country, which provides up-to-date information on all health workers under the employment of national and sub-national entities in both public and private sectors of the national health system.

“This registry links the health workers to administrative units and facilities.

The architecture of the NHWR aligns with those of other health information systems in the country such as the District Health Information System (DHIS2).

“It will be managed by the FMoH with all submitting entities having access to health workforce information pertaining to them only. The information on the Registry is collected based on ten Minimum Data Sets (MDS) “ he said.