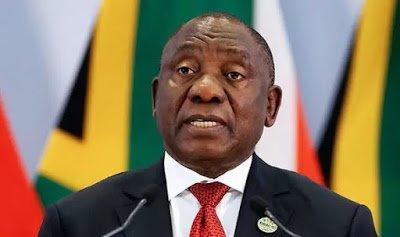 Thapelo Maphoto, who owns a car-repair shop in the Johannesburg township of Soweto, is sad but not surprised that South Africa’s main opposition party has lost its first black leader.

Mmusi Maimane, the Soweto-born pastor who quit the Democratic Alliance (DA) last week after months of infighting, was only ever a “front,” said Mr Maphoto. “There were white people at the back who were in charge.”

Mr Maimane was for four years the face of the only serious electoral threat to the ruling African National Congress (ANC), which has governed South Africa since 1994 and the end of white minority rule.

But his admission last week that it was no longer “the best vehicle” to unite South Africa was a damning verdict on the DA’s attempts to transform itself from a mainly white liberal party into a vehicle that could win over the black majority and mount an election challenge to the ANC.

“It has become more and more clear to me that there exists those in the DA who do not see eye-to-eye with me, who do not share the vision for the party,” Mr Maimane said as he quit on Wednesday.

His transformation attempt has now collapsed in ugly recriminations, causing an exodus of senior politicians including Herman Mashaba, mayor of Johannesburg.

The infighting has not only exposed a deep cleft in South Africa’s post-apartheid democracy, it has weakened an important check on President Cyril Ramaphosa’s government as the country grapples with weak economic growth, frequent power blackouts and ANC infighting.

The trigger was the return of Helen Zille, a former leader who rejoined the senior ranks of the party this month despite past comments that colonial rule in South Africa was not all bad.

South Africa remains the world’s most unequal country. The top 10 per cent, mostly whites, hold 70 per cent of the wealth, while the bottom 60 per cent, overwhelmingly in the black majority, have ten times less, data from the World Bank show.

Sithembile Mbete, a Pretoria University political scientist, said the fact that South Africans were unable to agree on the historic causes of inequality, let alone address them, made it “almost impossible” to build a non-racial coalition that can take on the ANC.

The average white and black person had “fundamentally different starting points for what apartheid was, what colonialism was, and what has happened since 1994. That is what the DA exemplified,” she said. “It shows there is no common view across races of what the national question is.”

Ms Zille’s supporters deny that the DA’s problems are about race and say the resignations mean the party is delivering accountability for a shock setback in May’s elections.

While the ANC returned to power with its worst ever result, 57 per cent, the DA also shed support for the first time, securing about a fifth of the vote. Just three years earlier, the DA had looked on the cusp of something bigger as it captured big cities, including Johannesburg, from the ANC.

An official postmortem blamed Mr Maimane’s lacklustre campaigning. But the report also reveals deeper doubts about the bid to forge a multiracial political platform. “The relentless focus of winning over black supporters was understandable, but taking existing voters for granted was always a mistake,” it said.

Pretoria University’s Ms Mbete said “there was never a coherent answer” from the DA, even when Mr Maimane was in charge, as to the main economic problems faced by black South Africans.

The party failed in particular to develop an alternative to the ANC affirmative action policies. Despite abuses of the system and evidence that black economic empowerment had favoured a politically connected business elite, black voters are still largely in support of such explicit redress.

Factions in the DA fought over whether to back these calls or rely on faster overall economic growth to lift black fortunes.

Now, however, the party’s retreat from such debates “will negatively impact the breadth of politics in South Africa,” said Ralph Mathekga, a political analyst. “The DA is abandoning the centre. It is becoming a radicalised party.”

Another is the Economic Freedom Fighters led by the fiery Julius Malema, which consolidated its electoral base. Yet the EFF has been beset with its own corruption scandals. There has also been criticism over what many see as a personality cult around Mr Malema.

As the DA falters and the big questions over South Africa’s inequality remain unresolved, black voters face a gloomy choice, said Mr Mathekga, the political analyst. Either they return to a moribund ANC, or enter the political wilderness. “The majority of progressive blacks do not have much choice,” he said.