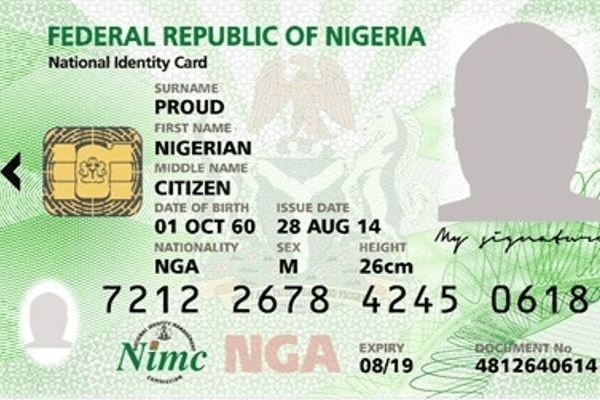 Nigeria’s data management agency has announced plans to issue identity numbers for up to 50 million citizens per year, a move experts say would help the country leapfrog in its goal towards becoming a credit economy.

Aliyu Aziz, director-general of the National Identity Management Commission (NIMC) in an interview said the agency, which has secured $433 million from international organisations, would by end of September introduce a new digital identification system that would capture data of the country’s 200 million citizens and issue unique identity numbers.

Partnering with the private sector and government agencies, the new system would allow NIMC to integrate the multiple identity documents Nigerians carry and provide a link between papers issued by different ID agencies in the country.

“Nigeria would become a credit economy in less than two years if every adult citizen has a unique form of identification,” said Ahmed Popoola, CEO of Lagos-based CRC Credit Bureau, formed by a consortium of leading Nigerian banks and Dun & Bradstreet.

As a percentage of gross domestic products, domestic credit is lower in Nigeria compared to Egypt, Ghana, Angola, Kenya and South Africa, the country’s continental peers.

In a credit economy, where access to credit is easy and there is a high possibility of using credit rather than cash, people do not need cash to afford cars or houses.

“For instance, in such economy credit cards and other electronic means of payments are dominant,” Popoola explained.

But “No credit today, come tomorrow” is a mantra that typically guides business activities in Nigeria.

In the absence of a centralised form of identification, cash payment is usually required to seal a transaction. This is because credit is based on trust and trust depends on information.

Nigerians have a multiplicity of IDS while in contrast, “South Africans from birth have a unique national number they are identified with throughout their life,” said Popoola.

The lack of data coordination made Nigeria establish a National Identity Management Commission (NIMC) in 2007. Twelve years after, the Country’s senior adviser to President Muhammadu Buhari says over 37 million Nigerians have been registered under the scheme.

Businessday reported that the 201 million people estimated by the United Nation to be Nigeria’s current population means 164 million Nigerians cannot be authoritatively identified.

“If the government makes it such that the NIN becomes a prerequisite for getting any other form of ID, people would take it seriously,” Johnson Chukwu, CEO of Lagos-based Cowry Asset Management Ltd said.

A 2019 Mckinsey report estimates that only 28 per cent of Nigerians have IDS; more than half of that population have IDS that cannot be traced digitally while about 70 per cent of the total population are without any form of identification.

Unlocking the potential in digital ID could see Nigeria achieve economic value up to 7.1 per cent of GDP in 2030, Mckinsey says.

This means hurdles that have weighed on a half-decade goal to go digital must be addressed.

In an attempt to create electronic-identification, Nigeria partnered with Mastercard in 2014 to create E-id cards which enables authentication through chip-based card and data sharing for Know-your-customers (KYC) but the country has seen less than 10 per cent adoption rate since.

On the other hand, India’s Aadhaar which enables biometric digital authentication was launched in 2009 and has covered more than 90 percent of the country’s population.