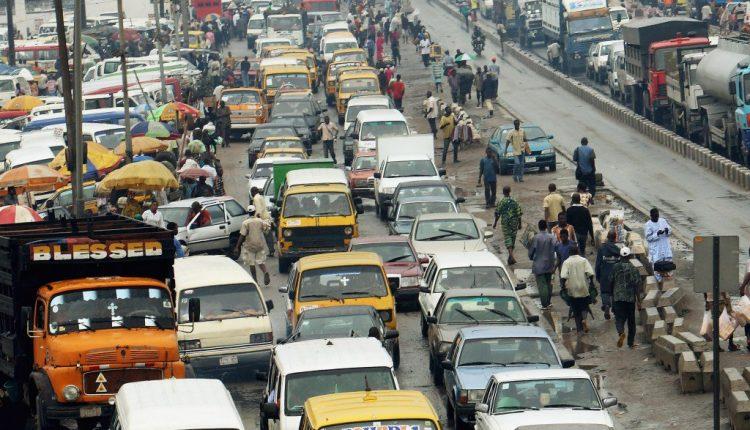 If you are a Lagos resident and sometimes wonders what happens to your 24 hours in a day, then here is part of the answer: commuters in Lagos spend an average of 30 hours on traffic weekly.

If you are a Lagos resident and sometimes wonders what happens to your 24 hours in a day, then here is part of the answer: commuters in Lagos spend an average of 30 hours on traffic weekly. This is according to finding of a research by JCDecaux Grace Lake Nigeria.
The research took about 18 months to conduct, and confirms that the traffic challenge in Lagos is impairing productivity in the city, Nigeria’s commercial capital. It is also the country’s largest city and indeed Africa’s most populous. The research also confirms that traffic is the second annoying issue to Lagosians.
In some companies, the working hours are from 8am to 4pm, giving a total of eight hours per day or 40 hours per week for the five days, Monday to Friday. The finding of this research thus means that an average commuter who works in such a firm spends the equivalent of 75 percent of a week’s total working hours commuting.
Gridlock on Lagos roads has worsened in the past few years owing to several factors: arrow roads, increased number of vehicles on the roads, indiscipline of road users, and congestion at Apapa. The deteriorating traffic situation is giving both the state government and commuters serious concern.
In some cases, commuters invest over three valuable hours for a journey of just 10 kilometres within the city. In the past, traffic snarls in the city were limited to some places. Those places were regarded as no-go areas, and if one for any unavoidable reason had to pass through them, then he must be prepared. Now, the “go slow” snarl has spread virtually round the state, and nobody is immune from its venom.
The cost of the traffic, which has become perennial, is not only on precious time but also on health and economic development.
Based on this, the company has put together a public service project that can be part of the solution to traffic management in Lagos.
The company, according to Mark Cooper, CEO of JCDecaux for sub-Saharan Africa, came up with Lagos Transport Information System (LATIS), an e-information board that gives drivers real-time information on traffic. Some of the JCDecaux Grace Lake digital billboards are demarcated, with one side serving the LATIS purpose.
The board provides information on congested roads by stating the time it will take a driver on a particular road to arrive at his destination. This will allow drivers decide to take alternative routes. This traffic information system has been specially designed to meet Lagos’ needs and help ease traffic flow in the city by suggesting alternative routes and estimating times of arrival.
The information on traffic situation is gathered through about 100 sensors strategically located in some parts of Lagos. As people move on the road, their watches, laptops, phones, even when they are off, emit some kind of rays, which the sensors pick to understand how fast they are travelling.
“With that, we can understand where people are going and how fast they are going and we can understand what is slowing them down,” Cooper explained, saying, “The data enable us to predict travel times to certain destinations to certain routes within the catchment areas we created.”
Cooper said such system had been deployed in Mumbai in India and the city was able to save up to 25 percent of traffic time for commuters.