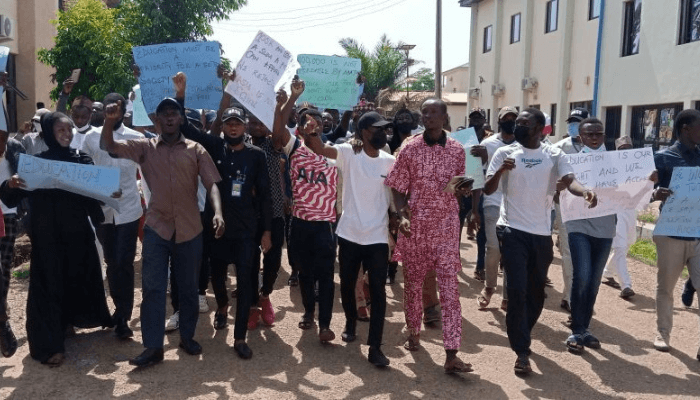 Olusegun Oladipo, a regional manager at Unity Bank, says the poor public university system and incessant fee hike in private universities among others is contributing to widening the class gap in Nigeria.

The agric-economist graduate of the University of Ibadan told BusinessDay in an interview that the on-going strike by the Academic Staff Union of Universities (ASUU), poor public university system coupled, and incessant fee increase in private universities, was further widening the class gulf between the poor and the rich in Nigeria.

“The crisis in the public university system will indirectly widen the class gap, because going by the cost of living crisis, only the rich can afford to have their children in private universities. In the first place, private universities are meant for the rich.

Similarly, Friday Erhabor, the director, media and strategy at Markelez Limited said this will lead to more people dropping out of school, and with no meaningful employment, the crime levels will increase.

Besides, he expressed the fear that the gap between the children of the rich and the poor will continue to widen if not curbed.

According to BusinessDay findings, students in some private universities charge as much as N700, 000 in a session, while their counterparts in public universities pay about N85, 000, and in some cases, pay less.

With the cost of living crisis biting harder, many parents are worried about how to meet up with tuition fees in private universities with the current situation of the economy.

Besides the situation of the economy, the state of education in Nigeria’s public universities is a cause for enormous worry as it is currently at an all-time low, leaving parents confused about the way forward.

The ASUU strike has not helped issues for parents with children in public universities, because although the tuition fees are affordable, the incessant strike does not guarantee students’ timely graduation.

This leaves children of the poor having their quest for university education hanging as they can only glance at the gates of the numerous private universities.

Experts believe that education is a fundamental approach to human capacity development and poverty alleviation. Put in another way, education is on the other side of the coin when it comes to poverty both at the micro and macro levels.

Judith Anyabuike, an early childhood specialist, told BusinessDay that education is a key to lifting the masses from the shackles of poverty and closing the gap between the poor and the rich.

“Countries such as the United States of America, Canada, Germany, and the United Kingdom, among others, use education as a bridge between the rich and the poor, but in Nigeria, the reverse is the case. This is very appalling,” she said.

According to the United Nations projection, if everyone left school at basic reading levels, 171 million people could rise out of poverty. Educated people earn 10 percent more for every year they attend school. If everyone received the same schooling, poverty would decrease by 39 percent and there would be less inequality in the world.

Poverty is a state where a certain group lacks the means needed for everyday living, while inequality refers to a state where one individual or group receives unequal opportunities based on their financial or social status, and modernity refers to advancement which can be in terms of economy, industry, education, etc.

Poverty, modernity, and inequality are distinct realities of the world we reside in; however, they do not have direct relations to one another.

It is widely accepted that poverty is a state of relative deprivation within a given society. This deprivation leads the poor to become victims of inequality, whereby they do not receive equal opportunities and are frowned upon by society. The poor, therefore, experience inequality in its many dimensions -economic, social and emotional.

There is a distinct relationship between education and poverty. Countries with inadequate education lead to a greater number of people in poverty.